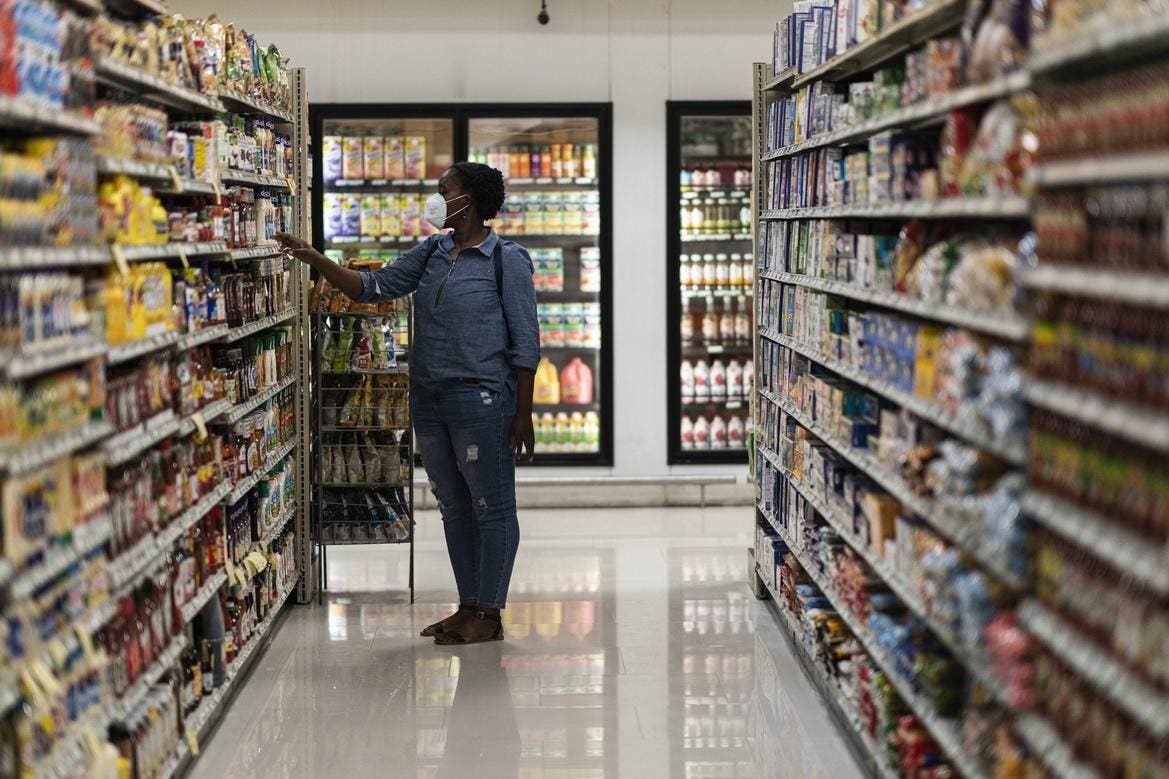 As Russia began its invasion of neighboring Ukraine on February 24th, the world watched— and reacted. On top of the deeply devastating human elements of war have been the unavoidable global political and economic implications and potential impacts on global food security.

In the Caribbean, economists and leaders are reflecting on how conflict in the breadbasket of Europe will affect an import dependent region that is still reeling from the financial impacts of COVID-19, amidst supply chain disruptions, hikes in oil and commodity prices, rising shipping costs and limited availability of vessels and containers.

With Russia, the second-largest exporter of crude oil and the world’s largest natural gas exporter being cut off from global markets, economists predict that oil prices per barrel could easily hit the $120s, and former Managing Director of the World Bank, Juan José Daboub, has suggested that most Caribbean governments may need to increase national budgets by at least 20% this year, to adjust for prior assumptions.

Since 2020, COVID-19 related supply chain issues and supply-side deficits have exerted inflationary pressures on the price of food in the Caribbean. The Food and Agriculture Organization’s Food Price Index (FFPI), a measure of the monthly change in international prices of a basket of food commodities, reveals that before the war, global food prices were already at a ten year high.

“Markets are rather spooked by the prospect of war,” says Barbadian economist, Jeremy Stephen. “You are going to see a general trend upwards [in the price of oil] which further compounds the current issue of logistics globally that has affected food security within the region. Everything is day by day now, as this conflict has been brewing for some time and there has been no will towards stopping it. It depends on the probability of escalation or de-escalation and that is up in the air as we speak today. Food security in the region is going to be rather contrived, particularly for the remainder of 2022 if there are no efforts to deescalate rapidly.”

With an annual average of 19 per cent of all imports to the 15-member states of the Caribbean Community (CARICOM), consisting of food and agricultural goods in the amount of more than $5 billion each year, which is typically covered by tourism-generated foreign reserves, Caribbean food security is deeply threatened by any major disruption that impacts the region.

And for those member states that import up to 60% and sometimes as much as 90% of their food supplies, there are massive implications surrounding any war on this scale in the context of COVID-19 stricken flailing economies and struggling tourism sectors.

“As small island developing states that are still largely import dependent for our food, we remain extremely vulnerable to these external shocks,” says Floyd Green, Jamaican Minister of Government and former Minister of Agriculture and Fisheries.

And no group stands to suffer more from the fall out than the poor and marginalized who were already feeling the financial brunt of the pandemic.

According to the results of the fourth Caribbean COVID-19 Food Security and Livelihoods Impact Survey administered by CARICOM, the World Food Programme (WFP), the Caribbean Disaster Emergency Management Agency (CDEMA) and the Food and Agriculture Organization in February 2022, 88% of people in the region have reported changes in their shopping behavior, while 93% have reported an increase in observed food prices.

“The Caribbean has seen unprecedented increases in food insecurity in 2020 and 2021 due to the social and economic disruptions provoked by the COVD-19 pandemic,” confirms Renata Clarke, Food and Agriculture Organization Sub-Regional Coordinator for the Caribbean. “The additional price volatility that would be brought on by conflict in Ukraine will affect the most vulnerable in a region like the Caribbean where so many countries still depend too heavily on food imports.”

If predictions hold true, that oil prices could rise as high as $130 per barrel, there will be implications for the cost of shipping, the cost of raw materials and the cost of finished goods— amidst the context of preexisting supply chain issues and inflated prices.

“This will have an exasperating impact on an already critical situation,” says Floyd Green. “The pressures that will be brought on by rising oil prices, additional supply chain breaks, and further increases in input prices such as fertilizer could have a detrimental impact on our food systems and food security.”

From the perspective of inputs, with Russia being one of the world’s largest exporters of fertilizer and related raw materials, including urea, nitrogen (N), phosphorus (P) and potassium (K) (NPKs), ammonia, Urea Ammonium Nitrate (UAN) and ammonium nitrate, Caribbean nations are facing further increases in production costs, after having already been driven up due to short supplies last year.

“Ammonia prices are the highest in history and will stay that way for a while due to the war,” says Kevin Ramnarine. A recent ban by Russia of ammonium nitrate exports sent global fertilizer prices soaring.

And then there is the direct issue of food.

Given their status as “the breadbasket of Europe,” the Russia-Ukraine conflict will have severe implications for current inflationary dynamics in the Caribbean— despite neither country being a major regional trading partner.

Globally, Russia and Ukraine account for a third of all wheat exports, amounting to 59 million metric tons, a fifth of the global corn trade and half of the world’s sunflower products, translating to 80% of global sunflower oil production (USDA). It is no surprise then, that in the space of a few hours since Russia’s invasion of Ukraine, the price of wheat jumped to its highest levels since 2012 and analysts have warned that war would not only impact grain production but could double global wheat prices— and by extension, flour, bread, noodles, biscuits, cereal— major components in the typical basket of goods of the poor and vulnerable.

War stands to have a significant impact on the price of flour in the Caribbean during a time when supply chain issues, coupled with low crop output in the United States and Canada (where the region gets most of its grains) have been running up the global deficit of wheat, causing major regional price surges since 2020.

Jamaica Flour Mills (JFM), for example, Jamaica’s largest producer of wheat-based flour was forced to raise prices three times during 2021, amounting to an increase of 9-10%, and in January 2022, Derrick Nembhard, Managing Director of JFM warned of further price increases in the short term.

In December 2021, Trinidad’s Majority State-owned National Flour Mills (NFM) also complained that the cost of wheat had gone up by more than 100%, causing a 19% increase in the price of flour.

Similar impacts were felt in Barbados, Guyana and elsewhere within the region.

And as oil prices surge, adding fuel to uncontrolled inflation and supply chain disruptions, Caribbean leaders and economists, already reeling from the impact of COVID-19 on their respective economies, have in many cases been blindsided by the happenings of the past week.

“The worst thing we need right now is a war involving the West,” says Didacus Jules, Director General of the Organization of Eastern Caribbean States, an economic union comprising eleven member states in the Eastern Caribbean.

Jules believes that the region’s foreign ministers have been so focused on the myriad of issues pertaining to COVID-19 that limited consideration would have been given to the food security implications of Russia’s potential invasion of Ukraine.

Trinidadian agricultural economist, Omardath Maharaj, has called on governments to respond by rethinking development policy and planning in agriculture, “in order to systematically reduce reliance on foreign food products and bolster capacity.”

“There must be a fundamental shift in the sector’s priority, raising it on the national development agenda which is to be supported by an overarching national policy framework for sustainable agriculture and rural development,” he says.

Many are calling for a response that would see the gradual reduction in dependence on imported fossil fuels, the substitution of wheat and corn imports with locally grown crops such as cassava, and a greater emphasis local agricultural production, value added, and intraregional trade, coupled with temporary fertilizer subsidies to offset the increase in input costs.

Chad Blackman, Barbados’ Ambassador and Permanent Representative to the United Nations and Other International Organizations in Geneva, believes that the current circumstances are yet another wake up call surrounding the heavily debated issue of food security for small, open economies that are heavily reliant on food imports— especially at a time when they are still within the clutches of major dislocation brought on by COVID-19.

“This really underscores both the inter-connectivity of the global economy, and the inherent vulnerabilities faced by many developing countries, particularly Small Island Developing States,” says Blackman.

“Now more than ever before, there must be the redoubling of efforts to building a resilient food security architecture which ensures that highly vulnerable states can withstand the myriad of existing exogenous shocks such as these.”