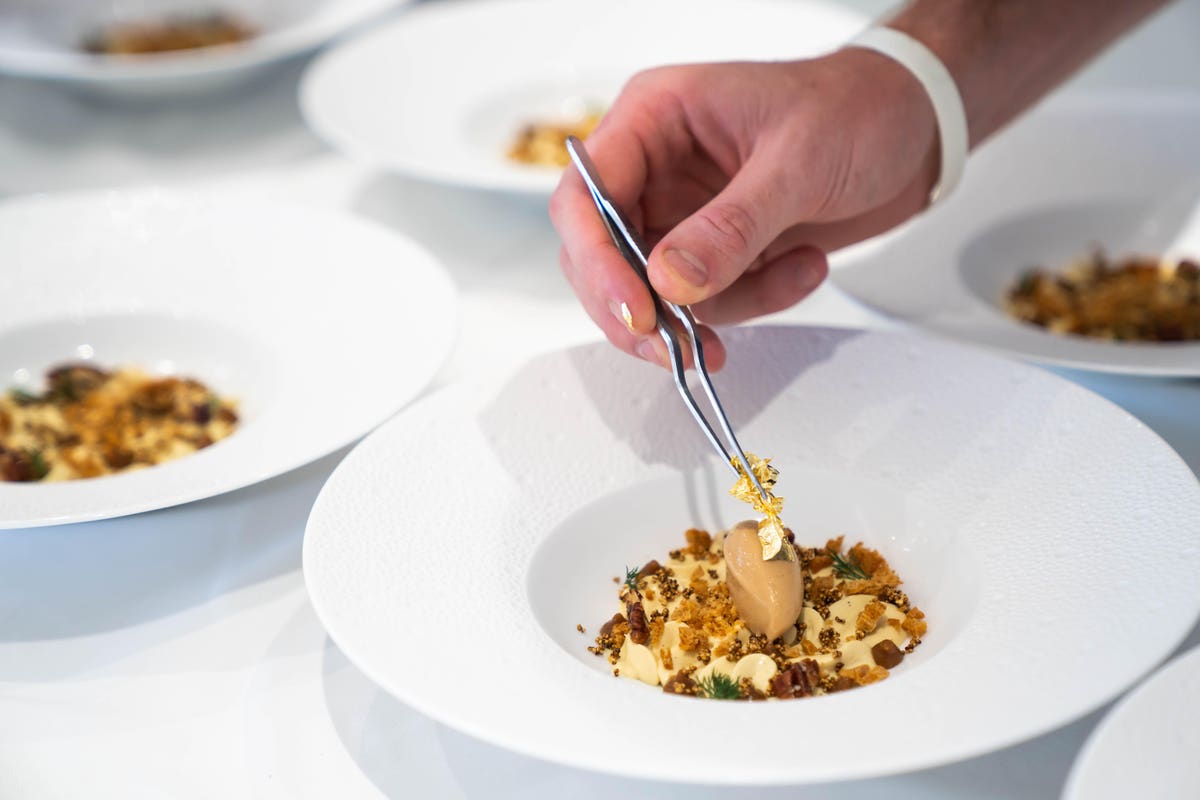 Set amidst the very heart of the Caribbean, Saint Martin is a scenic marvel—an undulating landscape of verdant green rising out of cerulean surf. The culture here is no less dynamic: a vibrant playground of food, dance, and nightlife divided between French and Dutch rule. It’s billed as the “Friendly Island.” And if you’re curious to know why, 2022 is a particularly appealing time to find out. The French side—comprising the northern half—has declared it to be the ‘Year of Gastronomy in Saint-Martin.’ Here’s what that means, and some pro-tips on how to eat and drink your way through it all.

“It means that throughout the year, our cuisine will be highlighted and given a bit more attention than our other pillars,” explains Suzanne Scantlebery, who works for the Saint-Martin tourism board. “The French-driven cuisine paired with beautiful Caribbean scenery serves as a magnet to attract top talent. Add in the islands deep connection to traditional Creole/Caribbean cuisine which harmoniously inspires fusion dishes, you have a the perfect playground for the innovative and creative.”

The celebration unofficially kicked off in November of 2021, with a two-week-long Gastronomy Festival that brought in world-renowned chefs from European and North American kitchens. Competitions were held and cooking classes and live seminars took place from Marigot to Dawn Beach.

On the cocktail side, local mixologists were also flexing their creative muscles. It went well beyond the typical rum classics like Pain Killers, Mai Tais, and Mojitos. “Many [local] bars and restaurants utilize wild guavaberry liqueur in their signature drinks since it is such an integral part of the local culture and tradition,” observes Art Sutley, co-star of the show, Bar Rescue, and a Saint Martin regular. “It is produced on the island and has strong ties to the holiday time. However, over the last couple of decades gauvaberry liqueur has evolved into being a part of everyday imbibing.”

The festival concluded with an award ceremony known as the Best Table—recognizing the finest the island has to offer across eight separate categories. Here were the winners:

Throughout the event and into 2022’s Year of Gastronomy, visitors to Saint Martin can expect to see prominent Michelin-starred chefs in residency. Some big names already in attendance have included chefs Michel Portos and Laurent Huguet out of France; Jimmy Bibrac from Guadeloupe, Edna Butcher from St. Lucia, and Tristen Epps, executive chef at Red Rooster Overtown in Miami.

But don’t expect this world class talent to eclipse the stunning scenery. This is Saint Martin, after all. At La Villa Hibiscus you can dine on a tranquil veranda, looking down from the island’s highest point; at Le Pressoir a surprisingly contemporary menu is belied by the charming 19th Century cottage housing it all. At La Samanna—a beachside Belmond property along the western edge of the island—you can savor traditional French cuisine inside Saint Martin’s oldest wine cellar.

Other standouts, according to Sutley, include Anse Marcel and Kontiki Beach for surfside lunch fare, and Ocean 82 in Grand-Case after the sun goes down. “It’s so eclectic,” he adds of the local scene. “You can savor traditional French, West Indian Cuisine and everything in between—all while discovering some of the best beaches on earth. There’s no doubt in my mind that French St. Martin is the Caribbean’s culinary capital.”

Lufthansa is bringing back the A380
All American Roses: The Hotter Than Heck Edition!
The holiday you’ll return from feeling 20 years younger
Fresh Take: Modern Agriculture’s House Of Cards, Inside California’s Controversial Prop 13, And Why Private Label Is Having A Moment
How To Drive In Wine Country: The Virginia Edition