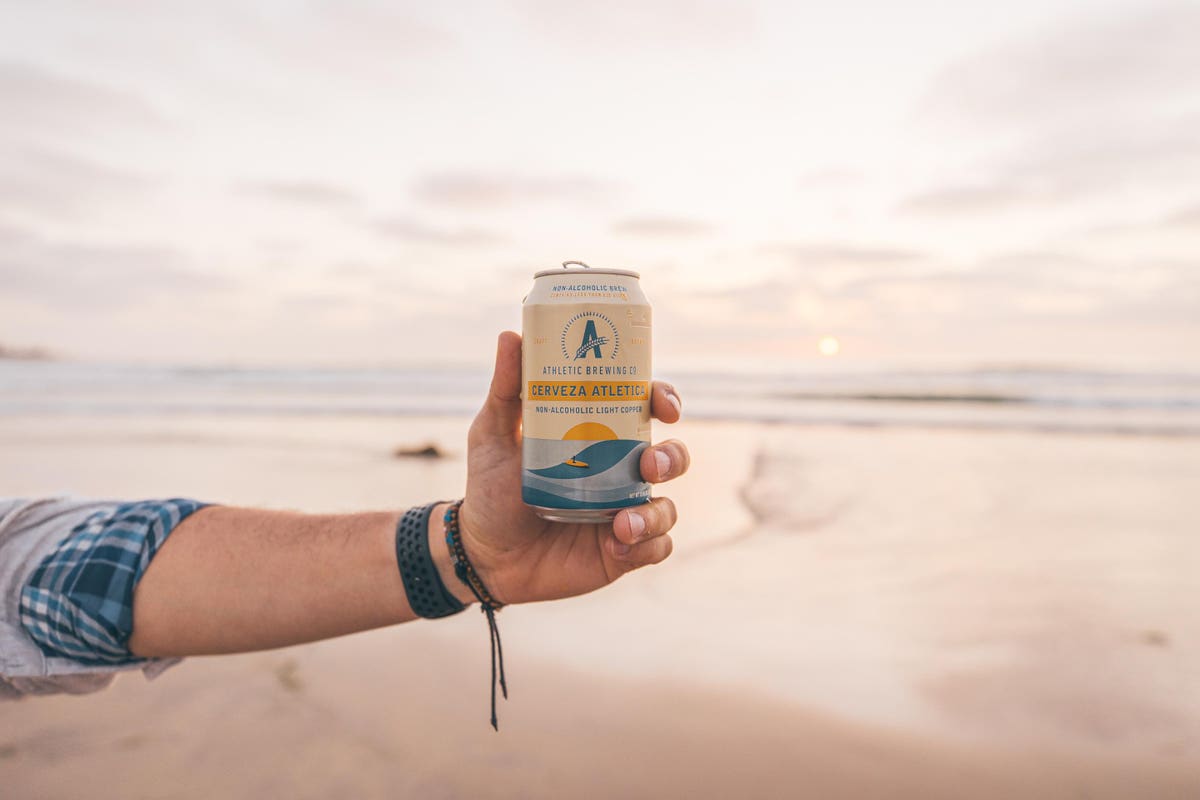 Dry January is done. While many have swapped back to higher-proof beverages, the non-alcoholic (NA) movement persists.

After wrapping the latest on-premise measurement analysis, CGA Strategy finds that no- and low-alcohol beer will be a vital player in the growth of the NA space.

According to the research firm, greater presence of no- and low-alc beers in the on-premise could fuel huge growth for the overarching NA category. Their findings point to lower-proof beers as a gateway drink for consumers curious about non-alcoholic options — within the overall beer category, no and low is one of the fastest-growing segments, increasing by 96% over the last 52 weeks.

At the end of 2021, CGA’s on-premise measurement services revealed that in beer, the no- and low-alcohol segment was worth just under $100 million, up from $99 million valuations in 2019. While not a massive jump, it demonstrates the segment’s resiliency and ability to perform in a global pandemic.

“No/low is clearly becoming a more popular choice for On-Premise visitors, and in particular beer drinkers,” says Patrick Bannon, the CGA Client Director, Americas. “ If beer manufacturers can reproduce some of the great tasting beer that consumers know and love as no/low alternatives they are putting themselves in the best position for success.”

In the fall of 2019, just 12% of beer drinkers were interested in no- and low-alcohol beer. By the fall of 2021, this number had grown to 16%. In step, beer drinkers consuming mocktails in the on-premise has grown from 8% in 2019 to 13% in 2021, highlighting a growing interest in healthier or sans-alc options.

The report also revealed that the no- and low-market lacks competition. “Within the no/low alcohol beer segment, there are also substantial opportunities for new entrants to solidify a place as a major supplier,” cites a statement. “At the end of 2019, the top three brands within the segment accounted for a 60% share, and by the end of 2021 this had only grown to 70% — making the no/low alcohol beer segment significantly less competitive than other segments within the lower alcohol space.”

In 2021, Dogfish Head rolled out non-alcoholic beer while Ceria, a line of non-alcoholic and THC-infused beers, were launched by Dr. Keith Villa, the founder of Blue Moon Brewing. Large multinational brewers have been increasing their NA offerings — Heineken, Busch, Peroni, Guinness and Budweiser among them.

Thanks to brands like these, it’s increasingly easier to socialize on-premise while forgoing alcohol. Two years ago, only 61% percent of Dry January participants drank out-of-home less than normal. This year, 78% of participants visited bars or other on-premises locations.

The overall lift of non-alcoholic options is largely driven by changing mindsets towards consumption. Non-alcoholic drinks are perfect for occasions like workday lunches when alertness is needed, or late night parties with work or a big workout is looming the next morning. (I like a no-alcoholic margarita at 5’o clock when deadlines continue to loom.)

In the 2022 dry January period, CGA estimated a total on premise sales value uplift of $295 million for non-alcoholic beers, spirits, and mocktails, while sales of sodas and soft drinks remained flat.

While 7% of consumers purchased a mocktail during the month of Dry January in 2019, 23% reported drinking mocktails in 2022, while 26% and 22% drank alcohol-free wine and spirits, respectively.

Jomaree Pinkard helms Hella Cocktail Co, maker of smart mixers and canned non-alcoholic beverages, from pepper spicy margarita mixes to botanically-driven RTDs. He found these results were in step with his sale results.

“These results [of CGA’s recent findings] certainly align with what we are seeing in our consumer and customer insights. While Dry January is a trend that grows year after year, we see the fact that the majority want to continue drinking alcohol-free beverages as more than a trend and rather, a demand for more optionality,” says Pinkard. “We’re experiencing a cultural pivot where consumer interaction with higher-end non-alcoholic beverages has shifted; these options are no longer exclusively for people who choose sobriety, but rather are being enjoyed by a wider range of consumers interested in having alcohol alternatives that are still elevated, whether it be for health purposes or otherwise.”

74% of Dry January participants claimed to succeed in abstaining from alcohol over the month. That said, one of the overarching drivers of the no- and low-alcohol movement is health: 78% of non-alcoholic beverage buyers are also purchasing alcoholic beer, wine, or spirits—moderation is a driving force (Nielsen). The non-alcoholic customer is largely folks looking to break up boozy drinks with more hydrating options or introduce non-alcoholic options when they’re waking up early, cutting off from work or pacing themselves.

Beyond Dry January? CGA’s consumer research highlights that of those taking part in Dry January, nearly three-quarters of participants said they would continue drinking alcohol-free beer, spirits, and mocktails.