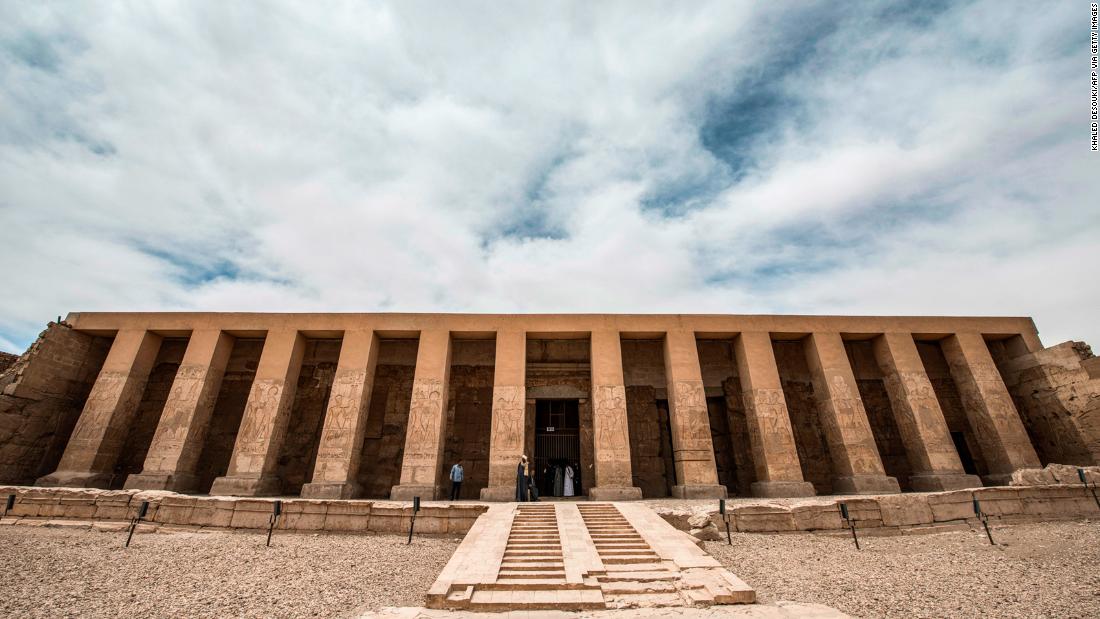 Every two years, the WMF adds new spots to its watch list, bringing awareness and helping garner funds for the sites’ ongoing protection.

To date, the organization says it’s directly contributed more than $110 million toward projects at over 300 sites. The World Monuments Fund says sites also see significant economic benefits from the increased visibility that comes with a place on the watch list.

Potential new sites can be nominated by individuals and community-led organizations. This year, the International Council on Monuments and Sites (ICOMOS) — an organization that also weighs in on UNESCO’s World Heritage List — and an independent group of heritage experts from across the world sifted through over 225 nominations before settling on the 2022 list.

Climate change and other threats

The World Monuments Fund added the Maldives’ Koagannu Mosques and Cemetery, pictured, to its list of endangered spots for 2022.

The sites highlighted this year include Hurst Castle, a historic fortress on the southern coast of England that partially collapsed in following storms in 2021. The WMF says the castle’s addition to the watch list “can help draw attention to the impact of climate change on coastal heritage through continued monitoring.”

The Maldives’ Koagannu mosques and cemetery was also placed on the list due to climate-associated risks, with the World Monuments Fund stating that the damaging effects of rising sea levels can already be seen at the site.

The WMF also highlights sites that celebrate underrepresented voices in history, including the Garcia Pasture in Texas in the US, the ancestral home of the Carrizo/Comecrudo Tribe, as well as spots impacted by what it calls “imbalanced tourism.”

In Egypt, the ancient city of Abydos is spotlighted as a site “infrequently visited by tourists despite its cultural importance.”

And while Mexico’s Teaotihuacan archaeological park is a popular destination, the World Monuments Fund includes the site on its 2022 list to highlight how Teaotihuacan’s popularity doesn’t neccessairly mean local residents reap economic benefits.

The Mosque City of Bagerhat in Bangladesh is on this year’s World Monuments Watch list.

Other notable spots on the list include the heritage buildings of Beirut in an area of the Lebanese city damaged by a 2020 explosion. The historic city center of Benghazi in Libya — crippled by continuing conflict — is also on this year’s list.

“This year’s Watch demonstrates that heritage preservation can offer innovative solutions to contemporary global challenges,” said Bénédicte de Montlaur, president and CEO of the WMF, in a statement.

“We urge the world to stand with communities and save these places of extraordinary cultural significance. Heritage sites are an incredible resource for addressing larger issues facing society as well as local needs of recognition, access, participation, and economic opportunity.”

The Tomb of Jahangir in Pakistan is another spot on this year’s list, with the World Monuments Fund noting the site requires restoration.

United Airlines will cut 12% of Newark flights in effort to tame delays
How to spend a short break in Sardinia
I Removed My Engine, There’s No Turning Back! – Electric Camper Build Ep 2
The Delevingne Sisters On Prosecco, Pandemics And Pink Drinks
Duty-Free Retail Continues To Attract Highly Coveted Scotch Whiskies—And Set Records