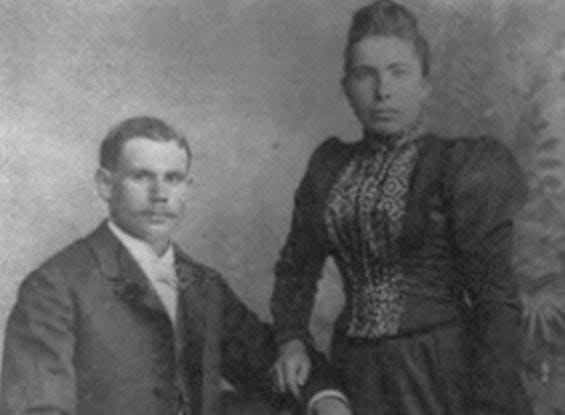 In honor of International Women’s History Month, it is only fitting to honor some of the famous women in wine history. One of whom very few people have heard, but is responsible for helping to launch two of the world’s largest wine brands, is Teresa Franzia. Standing at a dominative 4’11 inches, Teresa immigrated from Italy in the early 1900s to meet her betrothed, Giuseppe Franzia. They settled in Ripon, California, and by 1906 Teresa had planted wine grapes in her back yard. Over the years, this grew into an 80-acre vineyard, and the Franzia’s made a living selling wine grapes. They survived Prohibition by trucking the grapes eastward to sell to home winemakers.

Towards the end of Prohibition, Giuseppe headed back to Italy to visit family, leaving Teresa to tend the vineyard and their five sons and two daughters. While he was gone, the entrepreneurial-minded Teresa took out a $10,000 loan, using the vineyard as collateral. She gave $5,000 to her sons to start Franzia Winery and loaned $5000 to her son-in-law, Ernest Gallo, who started E&J Gallo Winery. Today Franzia boxed wine is the largest volume wine brand in the world, and E&J Gallo is the world’s largest winery. Not a bad investment for an Italian immigrant woman who is often left out of the history books, even though her business acumen and foresight were stunningly accurate.

In a recent online interview, Jeff Dubiel, Chief Marketing Officer for The Wine Group, which owns the Franzia brand, along with Cupcake and many others, explained the significance of Teresa’s vision. “We honor Teresa as part of our winery story,” he said. “It is her entrepreneurial spirit and innovation that we try to keep alive in our company.”

Indeed, the story of the Franzia brand and its phenomenal growth over the years is filled with innovation. “From the beginning,” said Dubiel, “Theresa believed in quality, freshness and value.” For years the family was successful in selling inexpensive wine from California’s Central Valley in bottles and jugs. When Teresa passed in 1949, her sons took over running the company, but eventually sold it to Coca-Cola
.

At Coca-Cola, Franzia became part of the wine division that was run by Art Ciocca, who was married to Teresa’s god-daughter. Art relished running the wine division, and when Coca-Cola decided to exit the business, he recruited a group of friends to do a leveraged buy-out of the wine brands and created a new company called The Wine Group in 1981. With Franzia as the largest brand, they decided to expand production, while still maintaining quality and value. In order to do this, in 1983, they adopted a new packaging technology developed in Australia – Bag in a Box wine. Thus Franzia boxed wine was born.

Wine for the Masses, Not the Classes

“The company developed a marketing slogan for Franzia,” reported Dubiel. “They called it ‘Wine for the Masses, Not the Classes.’ The goal was to make wine approachable, fun, and available to everyone.” The launch was a huge success, with 90,000 cases sold in the first year, climbing to ½ million cases by the second year.

“It’s amazing,” said Dubiel, “but more than one box of Franzia is sold every minute in America. We’ve done some consumer research and we’ve learned that our customers are often introduced to Franzia in their early 20’s (Gen Zers) and stay with us for a while until they become more sophisticated and try other wine brands. But then they come back as they get older (Boomers) and are looking for value. So we have a very bifurcated consumer group. From a brand standpoint, it is nice to have this type of diverse consumer make-up.”

Dubiel explained that it is the relaxed, casual, and fun image of Franzia wine in a box that makes it attractive to so many people. Franzia boxed wine is taken on a hike, to the beach, to parties, camping, game nights, and other casual get-togethers. “Based on many conversations with our consumers,” he said, “we have discovered a simple insight – at the end of the day, friendships are made around a box of Franzia.” This is part of the inspiration for their new marketing slogan – ‘Franz (Friends) for Life.’

Though the 1.5-liter box of Franzia continues to be their bread and butter, the brand team continues to innovate. Recently they introduced a new 3-liter box of low alcohol, low calorie Wine Refreshers that come in flavors of peach, strawberry, wild berry and other flavors. They also released a smaller Franzia tetra 500ml box, affectionately called Little Franz.

“Franzia wine in box lasts 6 weeks after opened,” reported Dubiel, “and each box comes with an insurance stamp. The majority of our wine is sourced from our California vineyards, which are 100% certified sustainable, but we also source from other countries, such as Argentina, Chile, and Australia.”

Franzia is distributed in the U.S. by a team of distributors, such as Southern-Glazers, RNDC, and many small independent operators. “Our biggest challenge is making sure we don’t run out of stock on the shelf,” stated Dubiel. “It is a good problem to have.” He mentioned that Franzia is ranked #1 in consumer loyalty in the wine category, according to Nielsen statistics. The wine is often entered in wine competitions, and “55% of the time, people prefer Franzia in blind tastings.”

When asked about future goals, Dubiel stated, “We would love to remain #1 in the world. Our priorities are to continue to grow and to stay relevant so we can keep younger consumers with us. There are so many new flavors to explore, plus the new seltzer category – it opens up lots of innovation opportunities.”

A New Female CEO at the Helm of Franzia

In 2020, The Wine Group hired Cate Hardy to be their first female CEO. She had served on the board for 4 years prior to assuming the top position. Her background includes nearly 15 years leadership experience in food and beverage industries, with companies such as Starbucks and PCC Community Markets.

It’s most likely that Teresa Franzia would be pleased to see a female CEO overseeing her beloved Franzia brand. She would also be happy to learn how many people around the world are able to enjoy her vision of quality, freshness and value in wine. In the end, her two $5000 business loans were exponentially successful, and she truly deserves a place in International Women’s History.

In his later years, Franzia’s first CEO, Art Ciocca (who passed at the age of 84 in December 2021), wrote a book called, Thinking Outside the Box. In the prologue, he wrote the following passage about Teresa:

“When Giuseppe returned from Italy and learned what his wife had done, he threw a fit. He believed it was too risky and much too perilous for his family to sustain. He was a simple farmer whose goals started and ended with growing grapes. Little did he know that Teresa’s entrepreneurial venture would have such a monumental impact. This petite woman from Italy started two of America’s largest wine companies, all while her husband was away in Italy. What began as Franzia Vineyards at the turn of the century turned into a thriving company that has grown and evolved as a result of the hard work of everyone invested in its future. “