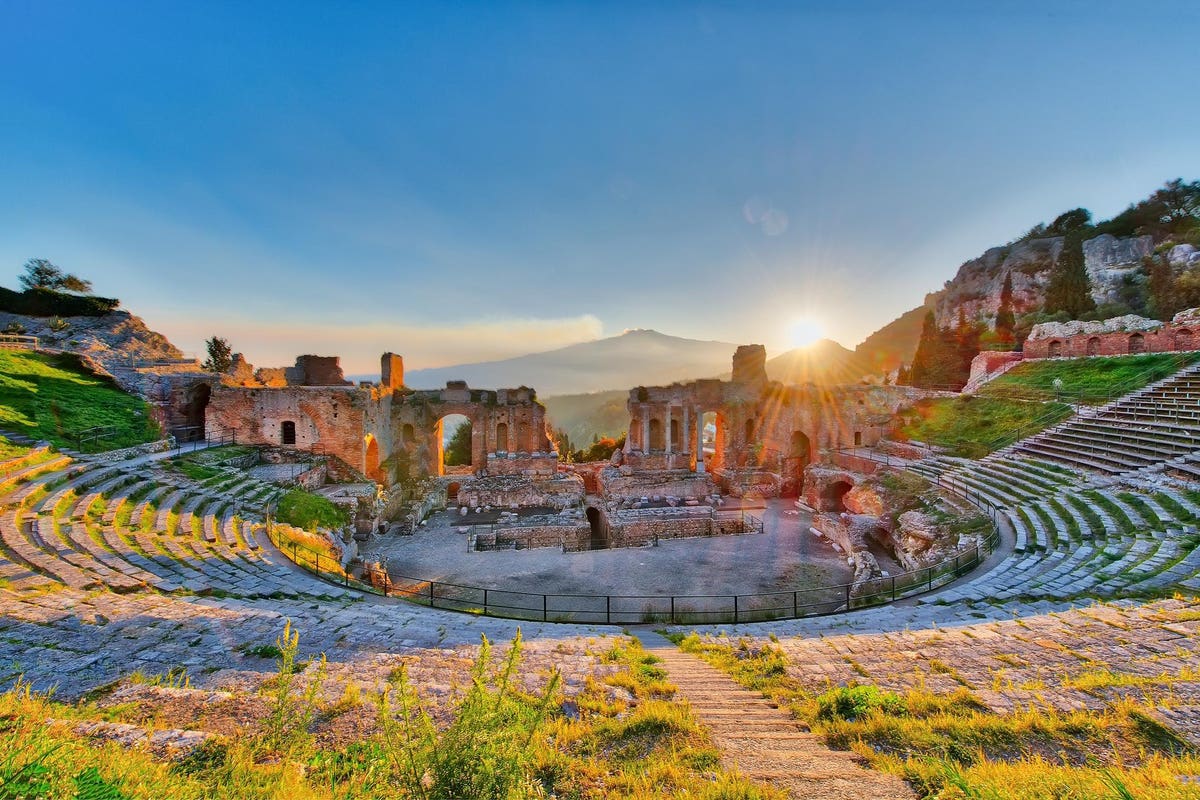 Strapped in tightly into the cramped cockpit, Barbara felt a jolt of exhilaration as the jet started to climb over 6,000 feet per minute and since this Aermacchi MB-339 jet was only going up to around 3,000 feet it took only half a minute to level off. Every bit of turbulence was felt due to the lack of cushioning on Barbara’s seat but this lack of cushion would ideally protect her spine if she needed to eject out with the parachute. As the aerobatics began – turning upside down, turning on a dime, dipping down swiftly to come closer to the ground, she was at once feeling forces against her body at an intensity that she could never fathom while at the same time feeling that she was in a dream as she and the jet were one – very little between her and the open sky – and so she knew what it was like to be an eagle and to see through its eyes.

A childhood dream came true that day when Barbara Tamburini became part of only a handful of women who have flown on the legendary Aermacchi MB-339 jet with the National Aerobatic Patrol in the region of Friuli in Italy. Barbara, who is already a legend among winemakers in Italy winning many awards since she started in 1996 – such as Best Winemaker in Italy – was able to use her Italian wine celebrity to get a chance to fly with the National Aerobatic Patrol.

Although she has worked in some of the most significant wine regions in the world, such as Piedmont and Tuscany – receiving one of the most prestigious Tuscan wine awards called the Golden Pegasus – she now finds her main wine home in Sicily as she became the winemaker of Duca di Salaparuta in the summer of 2020.

Barbara was drawn to Sicily for many reasons as she expressed that it is like its own continent in regards to a large amount of diversity of soils, climate and native grape varieties – over 70 native varieties are already being used for wine while many more are being researched. Duca di Salaparuta, a winery that has been around for almost 200 years, has an important link to the most popular native red grape in Sicily, Nero d’Avola. The winery’s ‘Duca Enrico’ wine, first made in 1984, was the first single varietal bottling of Nero d’Avola, and Barbara’s philosophy which includes “respect of the grapes” combined with “expression of the land”, enhanced by her reputation for making great Italian red wines in particular, all point to exciting Nero d’Avola wines coming out in the future from Duca di Salaparuta

One cannot even mention wine women in Sicily without talking about José Rallo, one of the family owners of the world-famous Donnafugata winery, who, with her mother, have been trailblazers in Sicily.

Sicily’s old-world charm is what makes many around the world flock to it as other areas in Europe start to become too overtly modernized for some travelers’ tastes. It is not only steeped in Italian Sicilian culture but a mixture of African and Middle East influences as well as other cultures can be found in the art, food and overall feeling of belonging for the various types of people who come from all walks of life to Sicily; but certainly those traditional ways did hold back women in the past as they were expected to fulfill roles of being a wife and mother and nothing else.

José Rallo’s mother was the first viticulturist in Sicily, and many thought her father, Giacomo Rallo, was crazy for allowing a woman to oversee the vineyards. As his daughter José showed the same gift for storytelling that Giacomo had, he decided to send her off into the wider world, working for big companies, so she could come back and tell the family how they should market their wines as Sicilian wines on export markets were non-existent at the time.

Since women played an essential part in their wines, José decided to focus on the female journey calling the wines “woman who fled” which is the English translation for ‘Donnafugata’ as it represents the woman who learns to fly on her own so she can come back to empower everyone else; and that is undoubtedly the story of José as Donnafugata has helped establish Sicilian wines all over the world. Donnafugata has introduced the names of many Sicilian native grape varieties to wine drinkers globally, and two such native red grape varieties are known because of her, Nero d’Avola and Frappato.

There is only one DOCG, the highest designation quality level for Italian wines, in Sicily although some wine experts would dispute that there should be more, and it is in the area called Cerasuolo di Vittoria DOCG which must be a blend of Nero d’Avola and Frappato – two Sicilian grapes that represent two different sides of Sicilian wine. Donnafugata makes this prestigious wine under the name ‘Floramundi’, and the label shows a woman giving the gift of flowers and fruits as it is a wine that showcases the dialogue of the two different souls of these grapes. Nero d’Avola brings a depth of fruit flavor and structure as opposed to Frappato’s brightness and floral aromatics.

These two grapes illustrate the two different sides of Sicilian wine and the many facets of the women in Sicily who make them, market them and sell them. The wines of Nero d’Avola can range from youthful and easy to big, bold and complex – deserving of cellaring. Nero d’Avola is a grape that can represent the strength and toughness of the women who are bringing these wines to the forefront, and it balances so well with the vitality and available pretty notes of Frappato because that is another side of these women – as sometimes it takes more strength to give solely to uplift others instead of only demanding individual respect.

Another famous wine producer, Planeta, makes a 100% Frappato (Vittoria DOC) wine not that far from Donnafugata’s Cerasuolo di Vittoria DOCG vineyard. Planeta’s winemaker, Patricia Tóth, who has been winemaker there for over 13 years – a Hungarian who has made Sicily her adopted home, talked about the importance of this Frappato vineyard displaying the serious potential of this grape. The soil in Vittoria is its key feature with a red soil called terra rossa associated with other quality wine-growing areas of the world but this particular terra rossa has a sandy texture, and it lacks nutrients with a limestone base underneath the top layer. This soil assists in smaller yields which Patricia says makes a big difference in producing a high-quality, single varietal Frappato wine. She also spoke about the intriguing “smoky” minerality coming from this Frappato, highlighted by the site.

And a daughter, Anna Alessandro, leads the way by bringing attention to her lesser-known family winery called Alessandro di Camporeale. Only in the last 20 years have they started to make their own wines as before they were growers who sold their grapes for many generations. But after working hard with her father and two brothers in the vineyards replanting for quality and implementing organic practices, they finally feel they can showcase the potential of their land. Their single vineyard ‘Donnatà’, which is 25 miles southwest of Palermo, the capital of Sicily, shows the beautiful balance of the refreshing acidity and rich black cherry flavors that Nero d’Avola can produce in ideal conditions – the vineyard benefits from intense breezes in this vineyard which is vital as Anna said that Nero d’Avola can suffer from mildew if the grapes do not have good airflow.

A Place of Contradictions

One of the most amazing things about Sicily is how they can keep much of the old world charm but be innovators in other ways. The local government has been a leader in investing funding into agricultural research initiatives and no other region has a better handle on understanding the multitude of their native grapes, hence, Sicily has set the standard for native grape research for other Italian wine regions. In a way, innovation and preservation of the old ways seem like a counterintuitive partnership but what appears impossible elsewhere is possible in Sicily.

The same can be said about how women are viewed in Sicily as one of the most influential wine women in Italy, José Rallo, is Sicilian through and through, and there are incredibly talented women winemakers from other places drawn to making wine in Sicily yet there is still that wonderfully warm, traditional Sicilian grandmother who is always ready with a big hug and a hearty meal for anyone who shows up on her doorstep. It is impossible to place wine women in Sicily in a box, just like getting a complete understanding of everything about Sicily itself would take several lifetimes; once one thinks he knows it, something else comes along to contradict his first conclusion.

And knowing that about Sicily explains how it could attract a woman like Barbara Tamburini, who has already achieved great success in other wine regions in Italy. She may be brilliant, hardworking and extremely brave but she is also at the same time humble, warm and often times gives credit to her longtime mentor. She mainly exudes the feeling of gratitude and never-ending enthusiasm for taking on the next challenge.

In a way, Sicily seems to be the ideal place for her as it combines all of her qualities as this Mediterranean island is still on its quest to show the world that great Italian wine can be friendly as well as profound; a wine drinker doesn’t have to compromise on one to receive the other.

2019 Donnafugata ‘Floramundi’ Cerasuolo di Vittoria DOCG: 70% Nero d’Avola and 30% Frappato. Beautiful floral and red fruit notes with lilacs and red currant preserves with a good amount of weight that has dried black cherries and fresh thyme and crushed rocks on the long finish.

2018 Planeta, Frappato, Vittoria DOC: 100% Frappato. Pretty pale ruby color and smoky minerality on the nose with rose petal, fresh red cherries and strawberries with an intriguing note of singed herbs with a round body and aromatically expressive finish.

The couple who met at Disneyland
SHALL I SWAP TO PC?
Could your flight be cancelled? Check the dates of summer strikes and disruption
Duty-Free Retail Continues To Attract Highly Coveted Scotch Whiskies—And Set Records
The hidden spaces on planes that are off limits to passengers