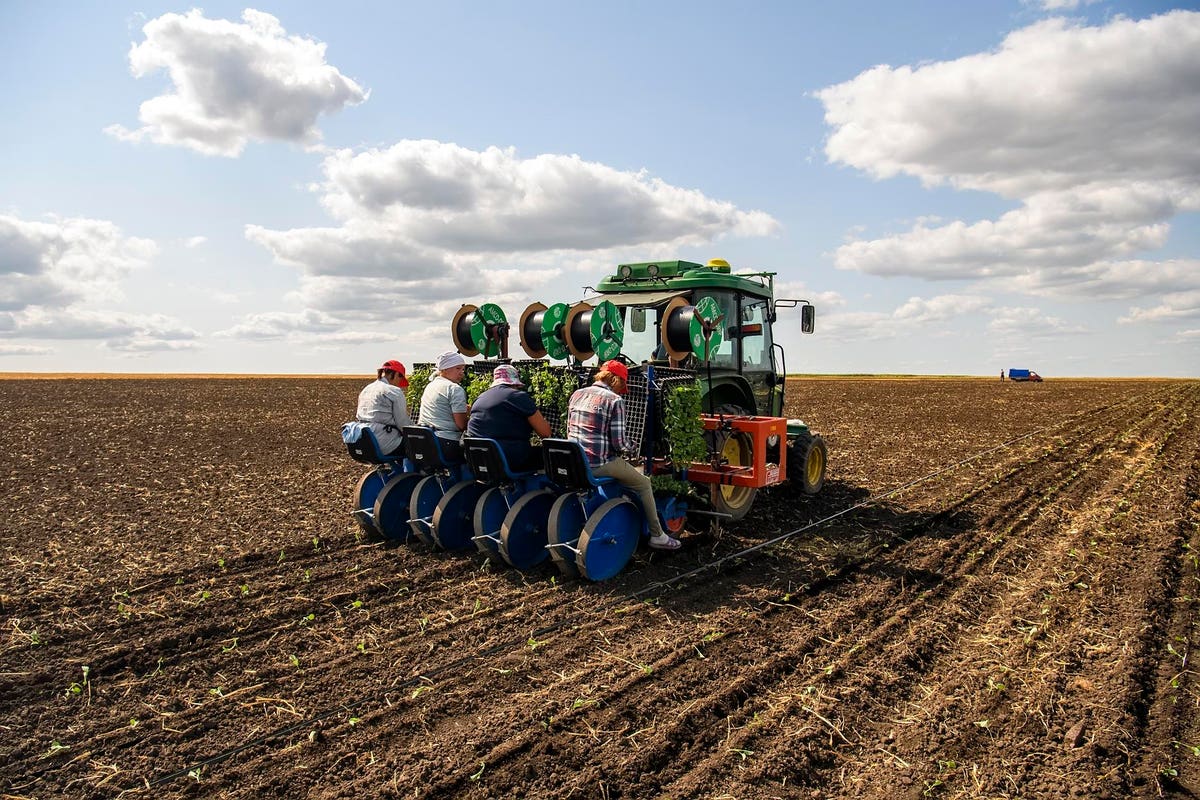 Trying to make sense of the multiple-sector tumult of information, market data and boycotts unleashed by Russia’s invasion of Ukraine might make you wonder if there is any part of the global economy these two countries don’t touch in some meaningful way.

Let’s look at just a couple crops in a narrow capacity, to illustrate.

Ukraine and Russia are known for wheat. For the 2020/21 marketing year, the United States Department of Agriculture (USDA) estimate the two countries were responsible for almost 28 percent of the world’s wheat exports – a little under a third of that from Ukraine, which ranked sixth worldwide (and one of the top five was the 27-country European Union (EU) bloc). Russia is No. 1 and the U.S. ranks third.

As of Feb. 1, USDA had projected Ukraine’s and Russia’s combined contribution in the current marketing year at closer to 30 percent of global exports, with Ukraine to provide about 41 percent of that total and moving up to fourth worldwide – beating out the U.S., in fifth place – and Russia sliding into second place behind the EU.

But it’s not just wheat Ukraine grows. Over the past 15 years, it has become a bigger player in world corn exports, Senior Director of Global Programs for the U.S. Grains Council Cary Sifferath told me last year. In the 2020/21 marketing year, USDA listed Ukraine as third worldwide in corn exports, behind the U.S. and Argentina; and the agency projects it will slip only to fourth this marketing year (with Brazil regaining Top Three status).

Sifferath noted before 2007, for example, U.S. farmers enjoyed 80 percent of the market share of corn Egypt bought. And Dave Lehman, who retired four years ago as managing director of CME Group Research and Product Development, said Egypt is the chief buyer of Ukraine wheat to use in its subsidized bread program because transportation costs from the Black Sea region are much lower than buying from the U.S.

“The fact that Ukraine corn is in (Egypt’s) back door is always going to be a struggle,” Sifferath had said, because it is also cheaper to buy than to import U.S. crop.

Or it and wheat were until recently, anyway. A few days after Russia’s Feb. 24 invasion, Ukraine’s government closed its ports and announced they would remain shut until the invasion was over. And though Russian ports remain open, Egypt has canceled wheat purchases from that country – a significant move from what Dave Hightower noted is the largest single importer of wheat in the world.

Late last week, Hightower – founding principal of The Hightower Report, a commodities financial research firm in Chicago – said even without formal boycotts on Russian wheat, there were already de facto sanctions being put into practice. He explained shipping costs out of Russian ports had tripled since the invasion, and companies are increasingly refusing to do business with the country. Lehman added the U.S. and allies cutting Russian access to banking also makes export deals difficult.

One of the temporarily closed ports is Odesa, a major outlet for the entire region located at Ukraine’s southern edge on the Black Sea. If you look at the type of wheat that (ships) out of there, Hightower noted, much is similar to winter wheat planted in U.S. Plains states currently stressed by drought.

Winter wheat is planted in the autumn and harvested the following late spring/early summer in the Northern Hemisphere; true to its name, spring wheat is seeded in the spring and harvested in late summer/early fall. Wheat is generally classed as “hard” or “soft” for food uses. In the continental U.S., wheat planting is divided largely by the Mississippi River – soft to the east, hard to the west.

Lehman said much of the wheat Ukraine grows is soft varieties and, in Russia, farmers plant hard types. Hard wheats are higher in protein and used predominantly in human food. He explained the variability in quality from year-to-year in Ukrainian wheat largely due to weather determines what percentage will be used in food. Low-quality can be used for livestock feed as a lower-cost supplement to corn and soybean meal – at least in most years.

A month ago, wheat futures on the Chicago Board of Trade for the next two years were in the mid- to high-$7 range per bushel. Two weeks ago, before the war, they had risen to the high-$7 to $8 range. This past Friday, futures closed anywhere between almost $13.50 for immediate (March) delivery and around $8 for late 2023 contracts.

To be clear: No impact of Russia’s invasion will compare to the immediate toll the conflict is taking on people’s lives in Ukraine. But economic disruption also affects people’s daily lives, and it is worth noting how important agriculture is to Ukraine’s economy. Corn and wheat are not only among its top exports; the country ships out a high amount of what it grows.

And while agriculture makes up less than 1 percent of the U.S. gross domestic product (GDP, as of 2017 data) and less than 5 percent of Russia’s, it is almost one-eighth of Ukraine’s GDP. Besides worries about how military attacks may impact the quality and volume of final wheat harvest, as well as how much corn may not be planted, Hightower observed it might be difficult for farmers who can work to get financing for operating loans when the political future of Ukraine is unknown.

“I don’t think it’s going to go back totally to a Communist regime with collective farms (if Ukraine falls), but how long this disruption lasts is just so hard to project or predict right now,” Lehman said.

Dow Plunges Nearly 500 Points, Recession Fears Resume As Consumer Confidence Hits New Low
Here’s The Latest Data On Climate And Food And It’s Not Good
A Window On The Progress, Promise And Realities Of Indoor Agriculture
The dramatic cruise with an extraordinary art collection
Bunk beds in economy class? The in-flight innovation we’ve been waiting for