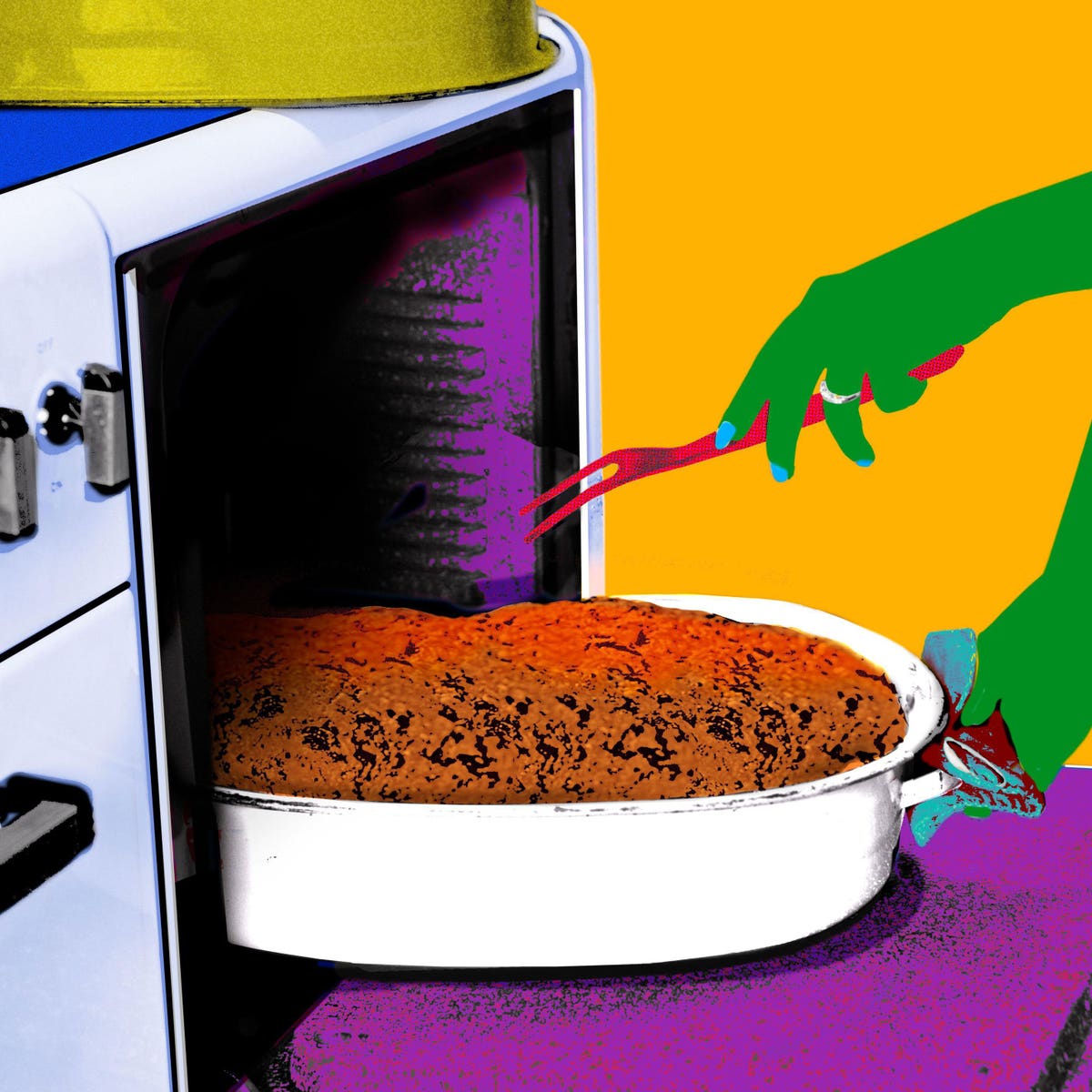 Thousands of entrepreneurs, investors, buyers and distributors across the food industry are already packed inside the Anaheim Convention Center for the big return of Natural Products Expo West after a two-year hiatus. I’m one of them. I’ll be scouring the floor today for brands with fresh concepts and, I’ll be honest, snippets of hot tea.

Probably above all else, I’ll be on the lookout for greenwashing. There are too many claims on labels without actual validation and verification, and as food systems consultant Alison Grantham told me, if a brand hasn’t aligned its corporate sustainability goals with the United Nations’ recommendations, then what’s even the point? According to the latest Intergovernmental Panel on Climate Change report, in the next eight years, emissions must collectively be cut in half. Feeble promises and fake standards will only hurt us all in the end.

“We have so much greenwashing, especially in food. It happens constantly, and people talk about foods as if they are solutions,” Grantham says. “Really, it’s marketing. Is it going to scale? What we need is to move the baseline.”

A lot has changed since the last major Expo West in 2019, when Oatly banners covered the escalator banks. Nearly 20,000 new products launched that year. The peak of the boom! The pandemic made it harder for a lot of upstart brands to succeed, which is what my feature out today is all about. The food startup failure rate has risen. In 2019, Expo West welcomed 3,600 exhibitors. There are 800 fewer this year. That’s sobering, but the food that actually gets to our mouths will probably be better for it. Too much noise can get distracting.

Later this afternoon, I’ll also be speaking on a panel on how brands can build better connections. If you’re in Anaheim, come through and say hi! The session kicks off at 2:30 p.m. and will go until around 5 in Grand Ballroom F. Wishing you a sunny weekend!

Covid-19 Has Pushed Americans Back To Grandma’s Kitchen Where Meatloaf, Not Beyond Meat, Is On The Menu. Rice Krispies, mac and cheese, lasagna and other nostalgic “comfort foods” have never been more popular, while a mix of pandemic-related factors has made it tougher for startups to innovate—by yours truly.

How To Attend Grocery Trade Shows In The Covid-19 Era. Grocery trade shows such as Natural Products Expo West are starting up again as Covid-19 restrictions ease. Errol Schweizer covers what you need to know about the grocery industry, whether or not you are attending.

4 Ways Allowing Biotech Into The Natural Products Expo Is Harmful. The Natural Products Expo is a must-attend for any emerging brand in natural and organic foods because it’s where retail buyers go to sample what’s new and trending. While the word “natural” has always been rather vague, Michele Simon writes that it came as somewhat of a surprise when the event’s organizer decided to let in a new category of foods: those made with synthetic biology, also known as genetic engineering.

Russia Has Been A Growth Target For Several Restaurant Chains. Now, The Future Is Unclear. McDonald’s and Starbucks both announced they are suspending operations in Russia, while Yum Brands has paused investments and unit development and Papa John’s is no longer providing business support to the market, reports Alicia Kelso.

I’m back in Los Angeles for the first time since the pandemic hit and had to kick off my trip with Mariscos Jalisco’s shrimp tacos.

Chloe Sorvino leads coverage of food and agriculture as a staff writer on the enterprise team at Forbes. Her nearly eight years of reporting at Forbes has brought her to In-N-Out Burger’s secret test kitchen, drought-ridden farms in California’s Central Valley, burnt-out national forests logged by a timber billionaire, a century-old slaughterhouse in Omaha, and even a chocolate croissant factory designed like a medieval castle in Northern France. Her book on the fight for the future of meat is forthcoming from Simon & Schuster’s Atria Books in 2022.

Here’s The Latest Data On Climate And Food And It’s Not Good
The adventurer twins exploring the most remote parts of the world
Could you land a plane in an emergency?
David Beckham Stars In Riva The Persuaders!
Cold War warning sirens are sounding across France. Here’s why