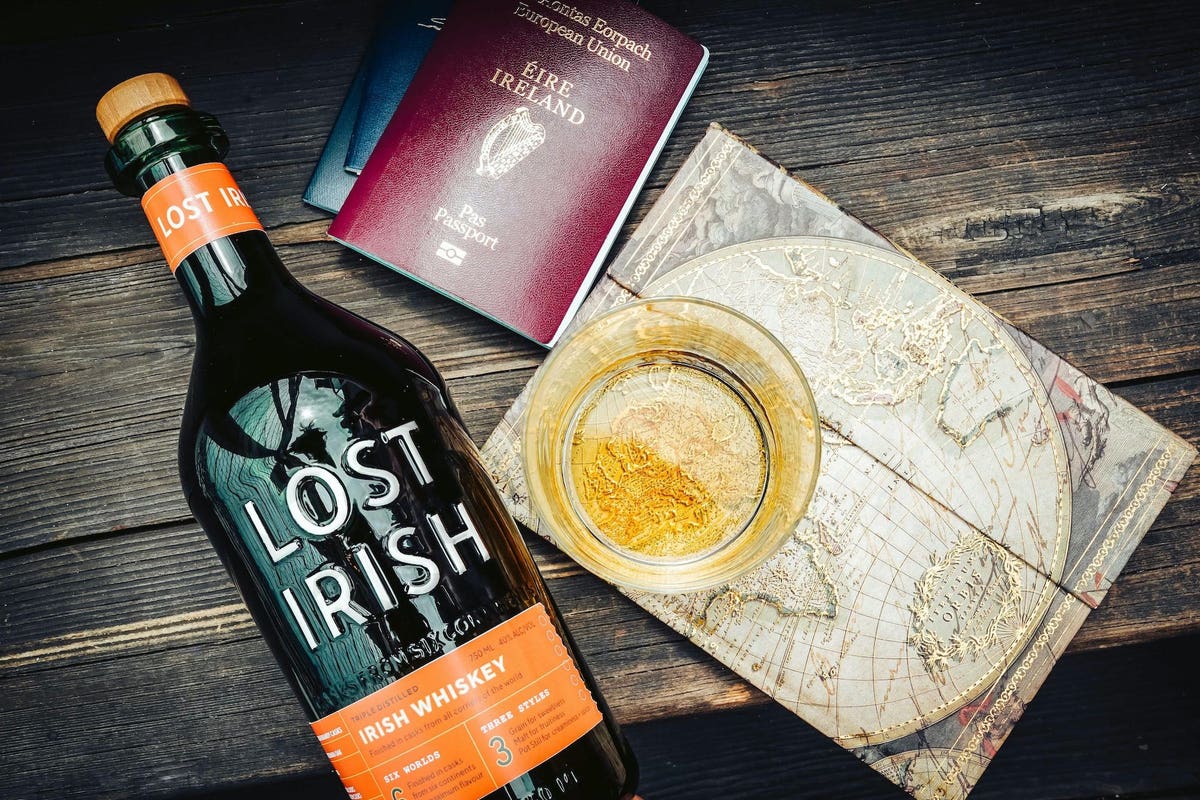 When it comes to whiskey, I’m a big believer in the old sports axiom: “It’s not how how you start, it’s how you finish.” Some of the most interesting spirits may have begun life in a distillery, but then they leave home and are aged and matured by independent bottlers. That’s where the real magic happens.

It’s also why I set out to find some non-distillery Irish whiskies for St. Patrick’s Day. While there obviously plenty to appreciate about Jameson and other mass market Irish whiskies, I’ve always been drawn to expressions that involve experimentation.

“Irish whiskey has a rich tradition of bonders and independent bottlers going back to days when Dublin wine merchant and publicans across the island bought spirits from local distillers and aged and finished it to produce what remain some of Irish whiskey most iconic brands,” says William Lavelle, director of the Irish Whiskey Association. “Today, a new generation of curators are maturing, finishing, and blending the finest whiskeys from our 21st century distilleries to and bring us exciting new brands and expressions, adding another layer to the depth and diversity of Irish whiskey.”

To Lavelle’s point, there’s certainly no shortage of newcomers to the Irish whiskey category, blending and finishing whiskeys as they see fit. Here are a few releases to try now—from an expression that uses seven different types of casks and all three styles of Irish whiskey to one that boasts a mash bill with 80% corn, rendering a sweet bourbon-ish juice.

Named after the 1916 Proclamation of the Irish Republic, this triple-distilled blend includes a bit of sherry-finished malt before being matured in ex-bourbon barrels and virgin American oak casks. The 81.4-proof whiskey delivers a balanced profile that lends the expression some versatility: It’ll “work” whether you like enjoying your whiskey neat, on the rocks, or in a cocktail. It’s light on the nose and on the palate, which also makes it great as an introductory whiskey for the uninitiated or for those looking for something relatively mild and approachable.

Aged in ex-bourbon barrels and finished in virgin American oak, this triple-distilled 80-proof whiskey boasts a mash bill of 80% corn and 20% barley—making the first-ever release from Gortinore Distillers sweeter and brighter than the traditional Irish whiskey profile. And it’s no surprise that the whiskey has some very American elements: Founder Aidan Mehigan had briefly worked in Breckenridge Distillery when he came up with the idea for Natterjack (which, by the way, is named after the only toad native to Ireland). On the nose, one could mistake it for bourbon—given its strong vanilla notes. But on the palate, it is distinctly Irish and tastes just a tad malty. I recommend trying this one with a single large cube of ice or in an inventive highball. And if you’re primarily a bourbon drinker looking to expand your horizons, then this one’s for you.

Lost Irish whiskey is the world traveler of whiskeys. It uses seven casks from six continents, namely: South African brandy, Japanese mizunara oak, ex-bourbon, Caribbean rum, Australian tawny, and Colombian rum. Then, it blends all three styles of Irish whiskey—grain, single malt, and pot still—to create a fruit-forward expression that works incredibly well in cocktails. It is at once creamy with a little bit of a bite, which makes it particularly well-suited for Irish coffee or any whiskey drink that calls for an expression that won’t overpower.

This is the third installment of Kinsale Spirit’s Battle of Kinsale series (the first and second are Red Earl Irish whiskey and Great Earl single grain, respectively). And at 86-proof, it is the “strongest” expression out of these four picks. On the nose, Spanish Earl is deceptively grassy, hinting at a fresher profile. But it is bolder and richer on the palate—and would stand up well in richer, complex cocktails. (For instance, if I were to spike a dark hot cocoa with an Irish whiskey, I’d pick this one out of the four.) As for the liquid, it is first aged in ex-bourbon barrels before one portion is finished in Imperial stout casks—while the other portion is finished in Jamaican rum barrels. They are then married after at least three months.