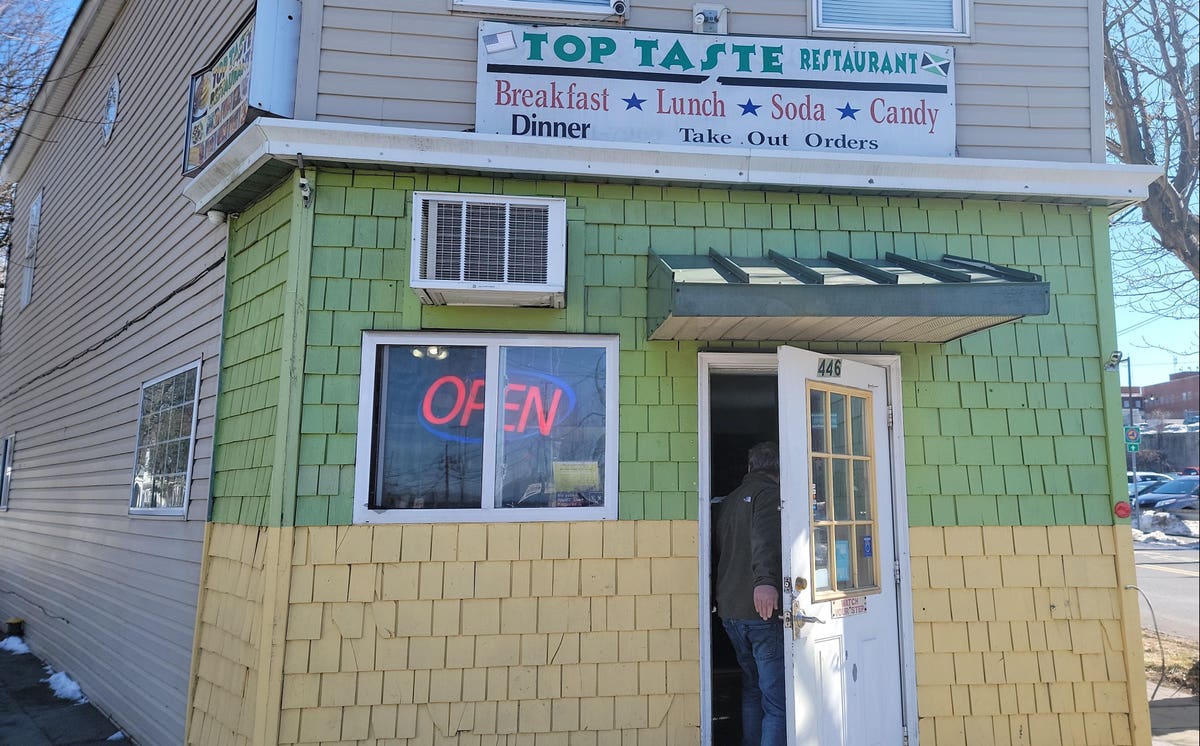 Hidden away on a side street in an area called Midtown in Kingston, New York, a city of 23,000 people about 90 miles north of Manhattan, is Top Taste, a tiny Jamaican eatery. Run by two native Jamaicans, Albert and Malenda Bartley, who are husband and wife, the duo has been nominated for Best Chef in New York State by the James Beard Award, a prestigious accolade.

Asked what they specialize in, Malenda Bartley replied succinctly, “authentic Jamaican cuisine.” Its specialties are jerk chicken, oxtail and curry goat, and the coconut rum cake is the dessert of choice. And the husband-and-wife team do everything together to operate the restaurant including cooking together.

A retired Jamaican couple opened an ethnic eatery in Kingston, a city in upstate New York, that is earning accolades such as a nomination for a James Beard Award and seeing their business spike.

“We shop. We choose the products. We clean, and we take the money,” Malenda says. Since their business has been prospering of late, they’re looking to hire a prep cook. So far, three people have responded to an ad but none showed up for an interview.

Both Malenda and Albert learned cooking the old-fashioned way: taught by their parents or grandparents at home in the island of Jamaica. Albert’s grandmother taught him to cook, and for Malenda, it was her mother.

Top Taste is a second career for Albert. He worked for 33 years at a chemical company, retired, and moved to Kingston from the Bronx. Malenda had worked in the restaurant business for over 20 years, as a server at TGIF and the Hard Rock Café in Atlanta.

The duo met, married, settled in Kingston, bought the building where the restaurant is situated, and currently live above it.

Top Taste opened in February 2015. It accommodates 15 patrons inside and also has three outside tables that seat an additional dozen customers. About two-thirds of its business stems from take-out, but it doesn’t have partnerships with any of the nationwide third-party delivery services, which don’t operate upstate.

When they opened, they distributed a $5 off coupon to dine there to spread the word. Articles in the local paper the Daily Freeman, Serious Eats and a feature in Bon Appetit also got the word out.

Many times when Jamaican chefs cook their jerk chicken, they need to moderate the spices, particularly the scotch bonnet, which is too spicy for many American taste buds. But Albert said the couple doesn’t dilute its spiciness and tang. He said “the spice level is about six of 10, about the same in Negril.”

It’s located a block away from Kingston Hospital so it attracts many hospital workers. But Malenda says it also is frequented by people from City Hall, firemen, social workers, and after school, students from nearby Kingston H.S., who want snacks.

Business has been spiking at Top Taste because the city of Kingston has been gentrifying, mostly boosted by many ex-New York City residents who have gravitated upstate. Albert noted, “I think people moving to the area is good for business. We see a lot of foot traffic that generates cash flow for our business. It’s good for the economy and community development.”

Moreover, the James Beard Award nomination has also spurred new customers to find their way to Top Taste. “It’s brought a lot of new faces to the restaurant who are curious about trying Jamaica cuisine and flavors,” noted Malenda Bailey.

Some responders on Yelp were bumbling with enthusiasm about dining at Top Taste. Hugh from Hurley, N.Y. said, “The food is always wonderful and plentiful and flavorful. The service is incredibly friendly—really sweet people run that place. And the prices are so low that I feel like I’m committing a crime when I pay them.”

And Cindy from Saratoga County noted, “The jerk chicken was hands down the best we have ever had, grilled to perfection with an amazing blend of spices. The curry chicken was so flavorful and tender.”

With revenue increasing, the Baileys have looked into doing two things: hire more staff to ease the burden of doing everything. And they’re considering moving to Woodstock, where there are a number of restaurants in town.

That quaint little Jamaican eatery in Kingston is attracting a growing buzz of attention.