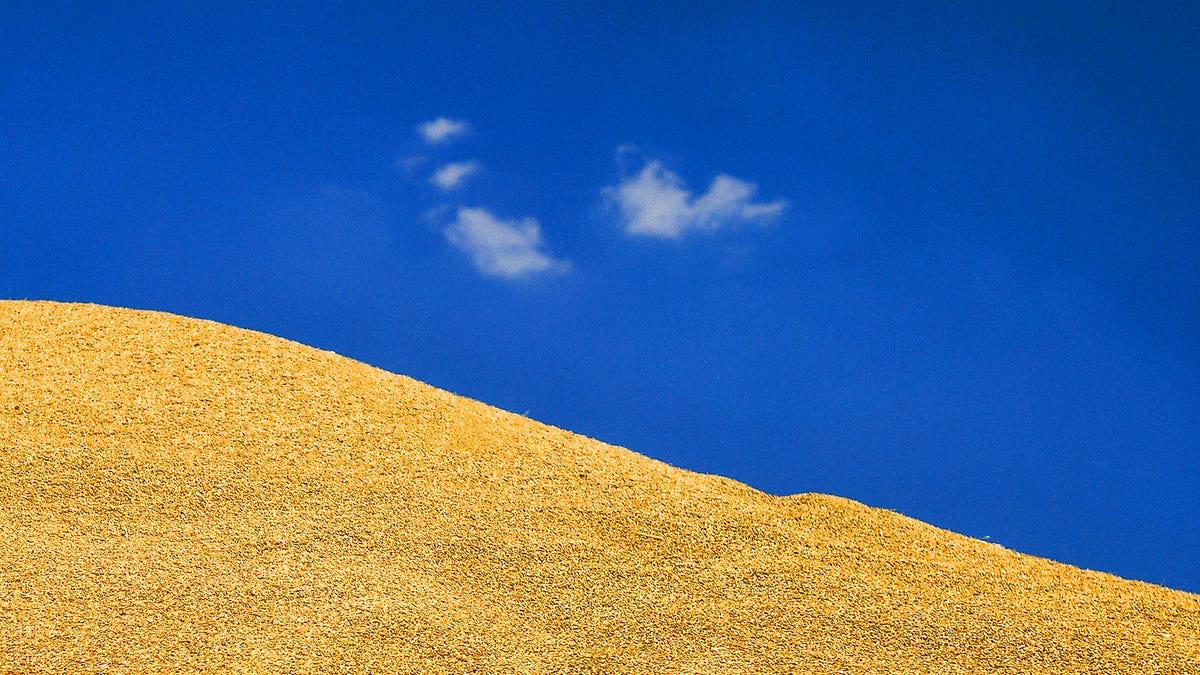 Most American farmers over-apply fertilizer. That’s the standard. It’s also a leading cause of waterway pollution and dead zones like the massive one in the Gulf of Mexico, as well as of soil degradation, loss of biodiversity and erosion.

That’d be a nice silver lining. Most U.S. farms have relied on these chemical fertilizers for years, and organic acres still accounts for less than 1% of total U.S. cropland. The current prices could convince other farmers to attempt the three-year transition to organic farming, which avoids synthetic fertilizer. Many I’ve spoken with agree that the combination of the humanitarian crisis and a food supply crisis is creating momentum for a big rethink of the global food system. The best solution moving forward, they say, is prioritizing stronger local food networks.

“Food is often a sideshow. Food and energy will be the central catalyst for every politician,” venture firm S2G’s Sanjeev Krishnan told me. “There’s going to be a confluence of national security, climate security and a desire to tamp inflation.”

A movement is building. I’ll be following closely as it does, and reporting here on whether recent dire circumstances finally push these strategies to the forefront of how food is produced.

War-Fueled Global Hunger Catastrophe On The Way With Solutions Tough To Come By. Tens of millions of people worldwide are expected to go hungry this year due to a grim combination of factors made significantly worse by Russian President Vladimir Putin’s war in Ukraine. Story by yours truly.

Americans Can Eat Caviar Guilt-Free—None Of It Comes From Russia. Punishments for Putin’s war are now clamping down on products like caviar and vodka that once were considered Russian delicacies in the U.S., but went do svidaniya—goodbye—a long time ago. Story by yours truly.

Healing Grounds: Liz Carlisle On The Deep Roots Of Regenerative Farming. Regenerative agriculture is about more than just soil carbon. As Errol Schweizer writes, a new book by Professor Liz Carlisle examines the deep roots of farming practices that can save the planet, but only by centering justice.

Expo West Is Expensive To Attend, But There Are Ways To Maximize ROI. Exhibitors at the so-called Super Bowl for the natural consumer products industry have options for how to maximize profitability. As Douglas Yu writes, choosing the right booth is not one of them.

I stopped by Felix in Venice Beach earlier this month for a taste of faux-chicken parm developed by Meati, a startup creating cutlets and steak alternatives from the roots of fungi called mycelium and fermentation. Look out for Meati cofounder Tyler Huggins in my book.

Chloe Sorvino leads coverage of food and agriculture as a staff writer on the enterprise team at Forbes. Her nearly eight years of reporting at Forbes has brought her to In-N-Out Burger’s secret test kitchen, drought-ridden farms in California’s Central Valley, burnt-out national forests logged by a timber billionaire, a century-old slaughterhouse in Omaha, and even a chocolate croissant factory designed like a medieval castle in Northern France. Her book Raw Deal: Hidden Corruption, Corporate Greed and the Fight for the Future of Meat is forthcoming from Simon & Schuster’s Atria Books in December 2022.

Bunk beds in economy class? The in-flight innovation we’ve been waiting for
PIER PRESSURE
Tourists are back in Iceland. But so is whale hunting
Fresh Take: Modern Agriculture’s House Of Cards, Inside California’s Controversial Prop 13, And Why Private Label Is Having A Moment
China cuts quarantine time for international travelers in big step toward easing Covid controls