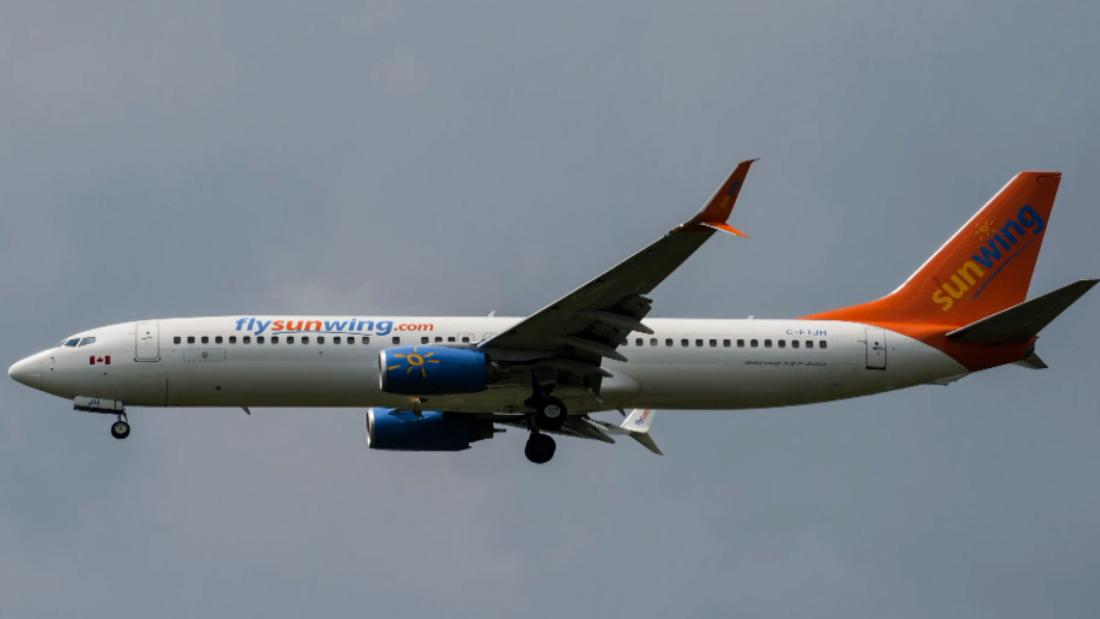 Travel
Share on Facebook
Share on Twitter
Share on Pinterest
Share on LinkedIn
Editor’s Note — Sign up for Unlocking the World, CNN Travel’s weekly newsletter. Get news about destinations opening and closing, inspiration for future adventures, plus the latest in aviation, food and drink, where to stay and other travel developments.
(CNN) — New penalties have been issued against some of the passengers who made headlines for their raucous behavior on a chartered flight from Montreal, Canada, to Cancun, Mexico, just before New Year’s Eve last year.

Omar Alghabra, Canada’s minister of transport and MP for Mississauga Centre, announced a new series of penalties to passengers on the December 30 Sunwing Airlines flight for noncompliance with vaccination rules and not wearing a mask.

“There are consequences for those who break the rules! We have issued a new series of 6 penalties, up to $5,000, to travellers on the Dec 30 flight to Cancun. 5 penalties for non-compliance w/ vaccination rules & 1 penalty for not wearing a mask. 12 penalties so far. More to come!,” Alghabra said in a tweet Monday.
On March 8, Alghabra issued penalties against the first six passengers who were not fully vaccinated when they boarded their flight, according to a news release from Transport Canada.

Members of the rowdy group shown in videos dancing, drinking and vaping maskless aboard the flight to Cancun found themselves stranded in Mexico in early January after their return flight to Canada was scrubbed and other airlines declined to fly them home.

Sunwing canceled their return flight, which was scheduled for January 5, because the group did not agree to terms it outlined, the airline said.

Sunwing said in a statement at the time that its decision to cancel the group’s flight back to Canada was “based on the group’s refusal to accept all terms and our security team’s assessment that noncompliance would be likely based on their previous disruptive onboard behavior.”

Two other carriers also declined to fly them back.

The group flew to Cancun on the charter flight for a trip organized by “exclusive private group” 111 Private Club.

Trudeau: ‘A slap in the face’

The flight was carrying a total of 154 passengers, according to Transport Canada. The passengers were required to be fully vaccinated in accordance with a civil aviation order related to Covid-19.

Video of the passengers’ behavior, which shows dancing and drinking in the aisles, sparked outrage in Canada and a rebuke from Canadian Prime Minister Justin Trudeau.

“It’s a slap in the face to see people putting themselves, putting their fellow citizens, putting airline workers at risk by being completely irresponsible,” Trudeau said at a briefing in January.