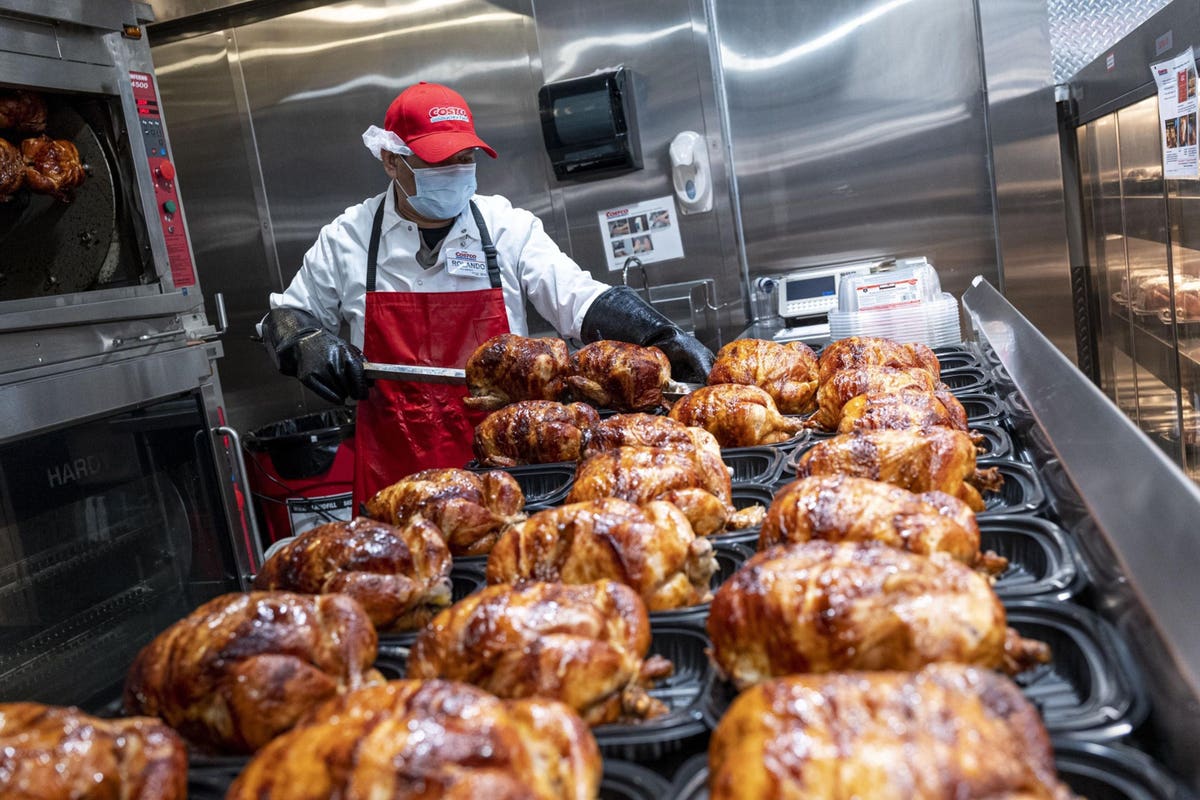 Chickens, many of them destined for the spit, have vastly outnumbered humans in Nebraska’s Butler County since Costco spent half a billion dollars on poultry production in the state a few years ago. Now that a highly contagious virus called avian flu has infected flocks in the area, neighboring farmers are realizing they may have a Costco problem.

“The outbreak is in Costco-sponsored chicken houses, but the consequences of this outbreak will lead to a lot of economic pain for all the farmers involved, including those that have nothing to do with Costco,” said Yolanda Bailey, who runs Fox Run Farms in Brainard, Nebraska, which her family has owned since 1899.

Last month, more than 500,000 chickens intended for Costco were killed to prevent the killer germ from further ripping through the poultry and egg-laying farms in this rural area northwest of the capital Lincoln. The Nebraska outbreak is among the largest so far in a global epidemic which the U.S. Department of Agriculture last reported had killed 15 million birds, making it the most severe in the U.S. since 2015.

For Costco, which sources an estimated 400 million chickens a year, losses to bird flu have been small. The virus spreads quickly through factory farms, however, so the chain of warehouse stores is still in the danger zone.

“They could start to have out-of-stocks on chicken,” said Michael Baker, a managing director at investment bank D.A. Davidson & Co. who follows the retailer. “But what Costco has proven, through Covid, is that they have the ability to make up for out-of-stocks in other parts of the stores.”

That might be true of most items Costco sells in its 558 U.S. outlets, but anyone who’s shopped there knows that a disappearance of rotisserie chickens isn’t something Costco can easily hide. They’re the food chain’s most iconic product.

Costco’s rotisserie chickens rotate in ovens that have windows so shoppers can watch them glisten with fat as they slowly turn golden brown. The ovens are usually located in the back of the stores so the scent of seasoned poultry can entice customers to walk the length of the vast sales floor to reach them. Priced at $4.99, the same cost they’ve had for years, the chickens are an automatic purchase for many visitors who make shopping at Costco a family event.

Over 10 years ago, as chicken prices began to rise, Costco sought a way to bypass the U.S. poultry industry dominated by giants like Tyson. The retailer started taking more control of its supply. Costco declined to comment.

Costco spent $450 million on a poultry-production plant based in Fremont, Nebraska, and set up a firm called Lincoln Premium to manage it. Private equity firm Gallus Capital came in to raise some chickens, initially filing permits to build more than 130 chicken houses holding as many as 47,000 chickens in each. Lincoln has said it needs around 520 barns to keep the Fremont plant humming. About half are running.

At the plant’s opening in 2019, Nebraska Governor Pete Ricketts heralded the investment for developing contracts for 15 years, with 100 poultry growers in the area.

Creating its own growing and slaughtering operation, responsible for as much as 25% of Costco’s total needs, has been estimated to save the retailer as much as 35 cents per chicken.

Avian flu has become a big cause of concern for poultry growers in Nebraska, many of whom have contracts to supply Costco but see concentrated operations, like the one Costco built, as magnets for contagion. About a quarter of Costco’s supply, or roughly 100 million chickens, come from contracted growers in Nebraska.

A quarantine zone, with a radius of six miles, has been set up around the Nebraska farms. It includes other Costco-contracted growers. Infected farms may not be able to bring in new birds for several months. That means Costco could be short millions of chickens in just a few weeks, threatening the availability of the prized $4.99 rotisserie chickens or making them subject to a price hike.

Jessica Kolterman, director of administration at Lincoln Premium Poultry, said in a statement that Lincoln Premium’s growers have “only continued to increase” their safety and prevention efforts, known as biosecurity.

Biosecurity is aimed at decreasing the likelihood of further contagion. Measures include limiting visitors and avoiding contact with the fowl; no equipment sharing; taking foot baths before entering chicken facilities; care not to transport the flu bug on vehicle tires; and covering food and water sources.

“With our location in the middle of a large migratory bird flyway, incidents can occur,” Kolterman said.

The worst flare-ups of bird flu have hit highly concentrated and confined production mostly in the Midwest and places like Georgia and Delaware. Usually the birds are killed by turning off the airflow in the houses where thousands of chickens live, cranking up the heat, and letting the birds suffocate.

Overcrowding and stress for the chickens are contributing factors to the spread of bird flu. Research published in February by the investor network Farm Animal Investment Risk & Return, or FAIRR, which is based in the UK and backed by $48 trillion in assets, found that 63% of the world’s 60 largest meat, fish and dairy firms are not taking steps to prevent the next pandemic from incubating on one of their farms.

Another risk factor: Avian flu can transfer to humans, and none of the seven largest meat companies in the world, including Tyson and JBS, plan to extend more permanent sick-leave benefits that would encourage infected employees to stay away from work. The current strain of avian flu has been infecting birds globally since 2020, and in February 2021, when seven poultry plant workers got sick, Russia confirmed the first cases of this particular strain transmitting to humans.

“It’s scary because it doesn’t seem to be going away,” said FAIRR executive director Maria Lettini. “Outbreaks continue to occur. A lot of that is because we rely on current approaches to try to tackle some of those diseases.”

One of those solutions for a chicken farm is to limit exposure to another chicken farm where the virus could be. If that farm had an undetected avian flu outbreak, workers going from farm to farm could track the bugs in on their shoes, vehicle tires or other equipment.

In Nebraska, Bailey is still reeling from what happened in 2015, the last time she and her neighbors had to deal with avian flu. That outbreak ended up being the worst recorded in history, killing 50 million American birds in all. Among the ramifications: Bailey had to give up a small flock kept on farm to feed her family farm-fresh eggs and earn a little extra income. Bailey was forced to give them away after the poultry farm where her husband works as a contract laborer said he couldn’t kept them.

They found a neighbor willing to take in their egg-laying chickens and even the baby ducks purchased for a grandson for Easter, but the few peacocks that had roamed the grounds for 20 years were sent to auction. It was better than killing the birds themselves.

“Our peacocks were like pets,” Bailey said. “We’ve got an empty chicken house sitting there, and I go to the store to buy eggs. It’s not the same thing.”

Now that avian flu is back, and the family’s farm is just a few miles from the quarantine zone, tensions are high. Bailey’s husband could be out of work with no compensation or benefits if the poultry farm where he works gets an outbreak and can’t bring in new birds for months.

“We’re on pins and needles wondering,” Bailey said. “The added worry about avian flu here in Butler County is mainly due to Costco putting up so many chicken houses in this area. That’s something that will make it hard for the small, experienced, conscientious farmers to avoid this disease.”