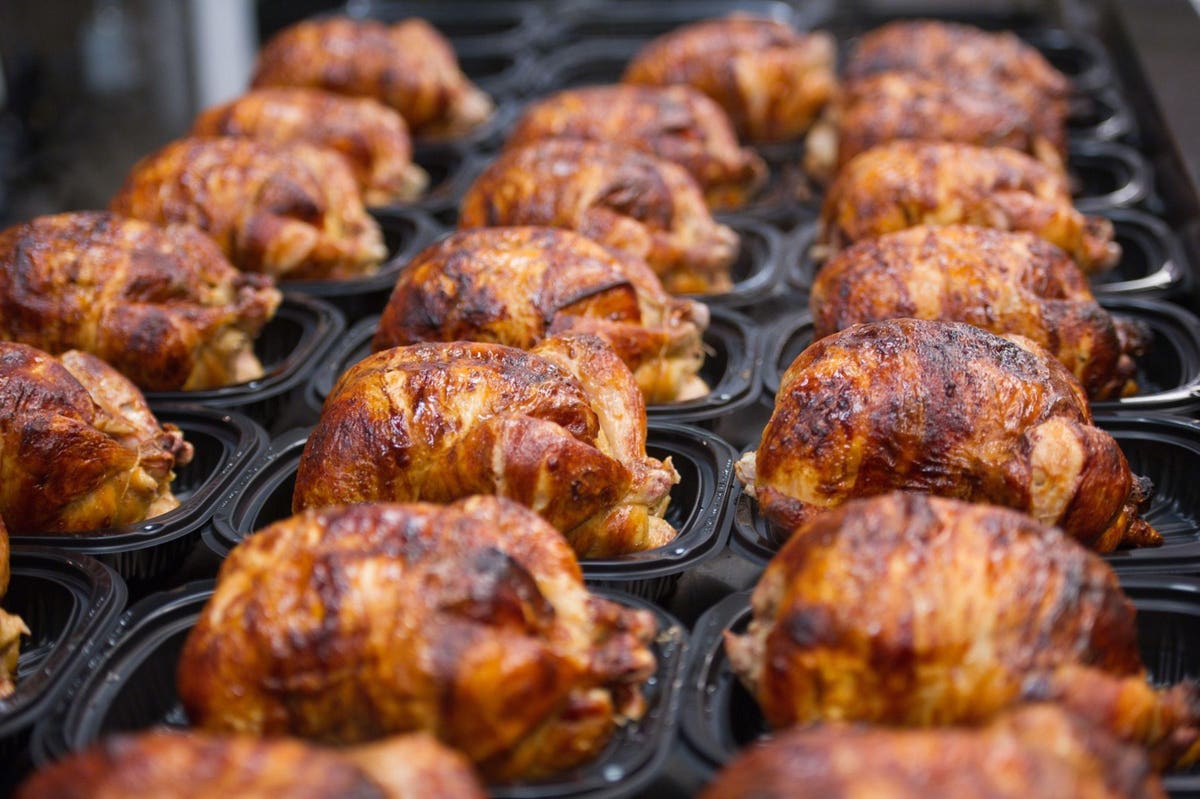 I’m out this morning with a feature that tugs on the heartstrings in some weird ways: There’s a tale of pet peacocks sent to auction and the baby ducks purchased for a grandson for Easter that had to get taken away. Why? In short, avian flu.

The highly contagious virus is ripping through flocks of chickens, egg-layers and turkeys across the globe. In America, some 15 million birds have already been killed. But the ramifications are very varied and complicated. An outbreak has erupted in Nebraska, where many of Costco’s chickens come from, and the supply of the retailer’s iconic rotisserie birds is threatened. Losses for Costco have so far been small overall, but because the virus spreads quickly through factory farms, many of the chain’s chickens are still in the danger zone.

As are other farmers. I spoke with Yolanda Bailey, who runs Fox Run Farms in Brainard, Nebraska, which her family has owned since 1899. The Costco-contracted farms moved in a few years ago, and since many are now close by, it’s too risky for her family to keep any poultry on their farm.

“The outbreak is in Costco-sponsored chicken houses, but the consequences of this outbreak will lead to a lot of economic pain for all the farmers involved, including those that have nothing to do with Costco,” she told me.

The way Costco and other factory farms raise chickens—in overcrowded and stressed-out environments—makes it easier for bird flu to spread. That’s why research published in February by the investor network Farm Animal Investment Risk & Return, or FAIRR, which is based in the U.K. and backed by $48 trillion in assets, is concerning. The study found that 63% of the world’s 60 largest meat, fish and dairy firms were not taking steps to prevent the next pandemic from incubating on one of their farms. The United Nations, meanwhile, has reported that four of seven risk factors for the creation of pandemics are directly linked to the meat industry and rising meat consumption. According to the Center for Disease Control and Prevention, three out of four emerging diseases are animal-born and can jump to humans.

Spring has already started—officially, anyway—but I’m just starting to see the signs of it here in New York City. This weekend I hope you enjoy some outdoor time, maybe in some dew.

Finally, a programming note: This newsletter is officially moving to Fridays. The news cycle moves quickly, and I hope this change will ensure I can send you all of my stories as soon as they’re out. Until next week!

Costco’s Rotisserie Chicken Supply Threatened By Bird Flu. The Nebraska farms that raise poultry for the giant food retailer have slaughtered more than 500,000 birds to contain an outbreak of the killer germ. Story by yours truly.

Cargill Dodges Russian Missiles But Vows To Keep Feeding Both Sides Of The Ukraine War. The biggest privately held company in the U.S. has been operating in the area for decades and says food should never be used as a weapon. Story by yours truly.

Why 48,000 California Grocery Workers Have Authorized A Strike. Unionized grocery workers have voted to authorize a strike in a bid to secure higher wages and safer working conditions in Southern California, Errol Schweizer reports.

These raw sea scallops, made with basil seeds, lemongrass, mint and a passionfruit nam prik, blew me away. Thai Diner in New York City’s Nolita neighborhood is always a treat. The full-blown raw seafood tower is what I must try next.

Chloe Sorvino leads coverage of food and agriculture as a staff writer on the enterprise team at Forbes. Her nearly eight years of reporting at Forbes has brought her to In-N-Out Burger’s secret test kitchen, drought-ridden farms in California’s Central Valley, burnt-out national forests logged by a timber billionaire, a century-old slaughterhouse in Omaha, and even a chocolate croissant factory designed like a medieval castle in Northern France. Her book on the fight for the future of meat is forthcoming from Simon & Schuster’s Atria Books in December 2022.

The world’s most liveable cities for 2022
How to spend a short break in Corfu
The adventurer twins exploring the most remote parts of the world
Unexplainable Footsteps in Croke-Patterson Mansion | Portals to Hell | Travel Channel
Could your flight be cancelled? Check the dates of summer strikes and disruption