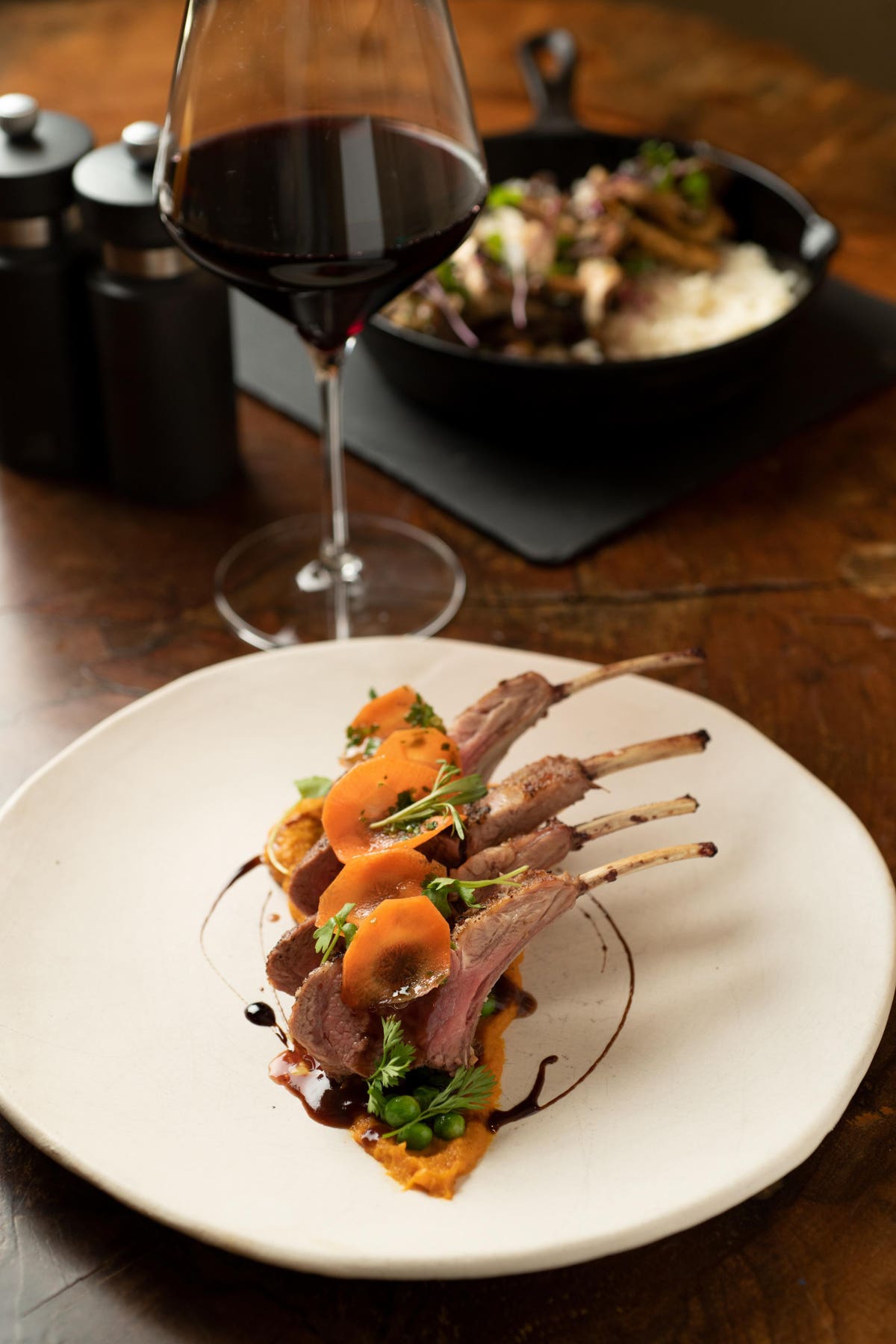 On May 21st, 2022, in celebration of the first annual SantaFe Literary Festival, Rosewood Inn of the Anasazi is hosting Chef Freddie Bitsoie for a one-night-only dinner at the hotel’s beloved Anasazi Restaurant.

While the literary festival was designed to highlight Santa Fe’s rich storytelling tradition, this unique dinner will tell the story of Native American food traditions through the lens of a beloved Diné (Navajo) chef. Bitsoie, formerly Executive Chef of The Mitsitam Native Foods Café (the restaurant of The Smithsonian Museum of the American Indian in Washington, D.C.), is the owner of FJBits Concepts, a firm that specializes in Native American food ways and also a highly regarded food and culture educator.

Bitsoie’s dinner on May 21st will highlight local and regional ingredients, including a trio of corn — featuring corn broth Navajo corn cake, hominy salad, and juniper-marinated seared halibut with corn sauce and sautéed zucchini, along with a piñón chocolate torte with agave red chile sauce.

Held at the Anasazi Restaurant in the Rosewood Inn of the Anasazi, the dinner will be attended by several local authors, including Game of Thrones author George R.R. Martin and novelist and journalist Douglas Preston.

Reservations for this exclusive seven course prix fixe menu are priced at $395 per person, plus tax and service. Call 505-988-3030 to inquire.