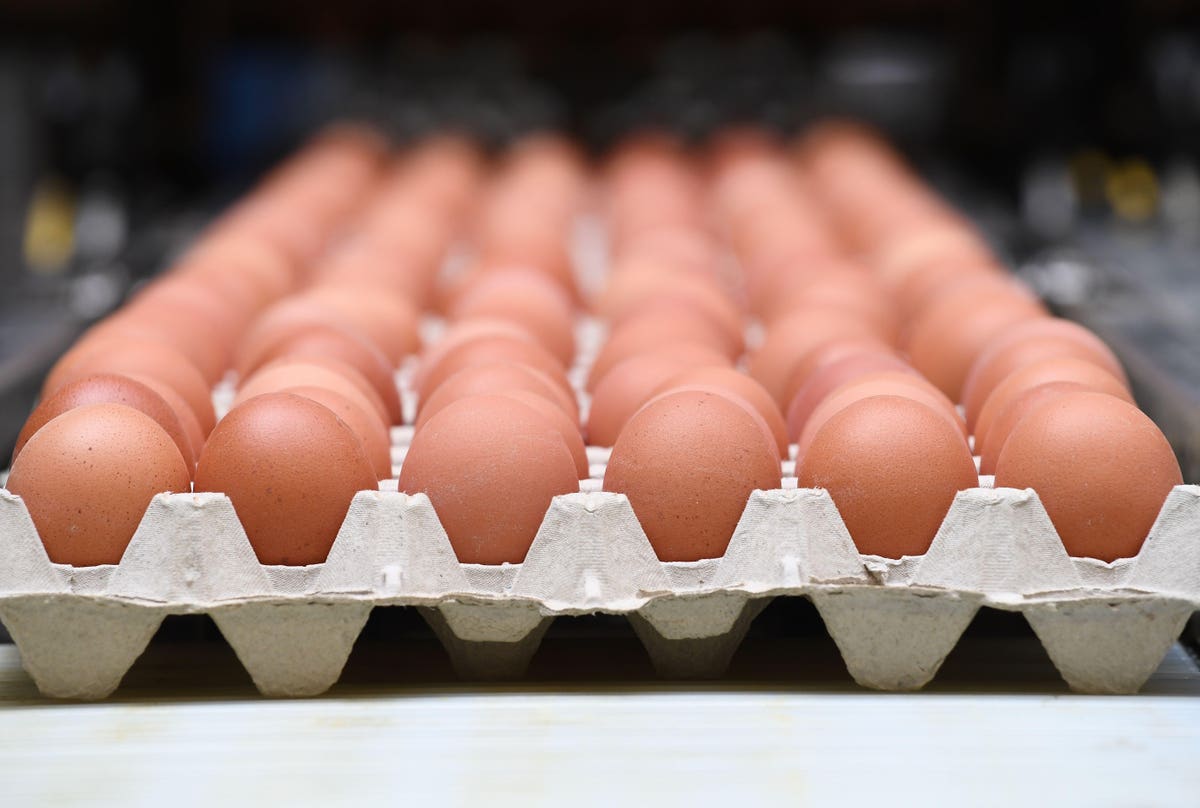 This is a chicken and egg problem. At least 90 poultry flocks in the U.S. have already been given the bird, the bird flu, that is. Testing so far in 2022 has found highly pathogenic avian influenza (HPAI) in these flocks that span 22 different states. That’s as of April 1, according to the U.S. Department of Agriculture (USDA) Animal and Plant Health Inspection Service (APHIS). And if you are planning to make an omelet anytime soon, expect to pay “egg-stra” for ingredients. Egg prices have gone up by 52% since this HPAI made its confirmed debut in the U.S. in February. So a dozen egg omelet is now going to cost you on average $2.88 for the eggs alone. That’s not including the cheese, onions, tomatoes. leeks, ham, hot dogs, chives, beans, salsa, pesto, avocado, love, or whatever else you may put in your omelets.

Rising chicken egg prices could affect your Easter festivities too since yoni egg hunts, hamster egg hunts, or some other replacement wouldn’t be quite the same. In other words, it’s hard to beat having real eggs at Easter events. And if you’ve been keeping abreast with chicken prices, you’ve probably noticed the recent upswing. The price of a regular back of chicken breasts, for example, has gone from on average $3.14 in the last week of March to $3.93 in the first week of April, which was significantly higher than the $2.48 that it was a year ago, according to the USDA National Retail Report.

In fact, expect everything poultry-related to be rising in price. As I covered for Forbes back in February, a number of farmers have been culling their poultry flocks in efforts to curtail the spread of HPAI. Around 17 million birds in the U.S. have already lost their lives as the result of the HPAI virus and HPAI control measures. This particular version of HPAI is the H5N1 influenza A variety. The “H” stands for hemagglutinin, a protein found on the surface the influenza A virus. There are 16 different types of hemagglutinin. The “N” for neuraminidase, another protein found on the influenza virus A surface, of which there are nine different types.

High pathogenic avian influenza is different from your more run-of-the-mill avian influenza. “Pathogenic” means “causing or capable of causing disease,” based on the Merriam-Webster dictionary definition. Therefore, being called “highly pathogenic” by your date is not a compliment and probably not a good sign. This HPAI that’s been spreading is so named because it has proven highly capable of causing disease in birds. Therefore, if you are just noticing now that you have feathers and wings, the continuing spread of this virus may have your beak chattering. If you are human, though, the danger to you is probably quite low. During this current outbreak which has affected both sides of the Atlantic Ocean, only one human in the U.K. has tested positive for the virus to date.

This has already become the worst avian flu outbreak in the U.S. since 2015. And this clucking problem is likely to continue for at least a little while. This WCCO CBS Minnesota news segment reported on the USDA has been helping farms in Minnesota contain the bird flu outbreak there:

A March 30 USDA APHIS announcement indicated that HPAI had been recently found in flocks in Berkshire County, Massachusetts, in Johnson County, Wyoming, in Johnston County, North Carolina, in Franklin County, Ohio, and in Kidder County, North Dakota. And over recent days, different state and local authorities have continued to report on new positive tests that’s for the birds. For example, here’s what the N.C. Department of Agriculture and Consumer Services tweeted on March 30:

This what the Rhode Island Department of Environmental Management twote on April 3:

And here’s an April 3 tweet from the Texas Animal Health Commission:

Thailand ends almost all travel restrictions — but one key rule remains
Bunk beds in economy class? The in-flight innovation we’ve been waiting for
The couple who met at Disneyland
Japanese tea house lets visitors drink from $25,000 antique bowls
England’s most beautiful villages to visit in 2022