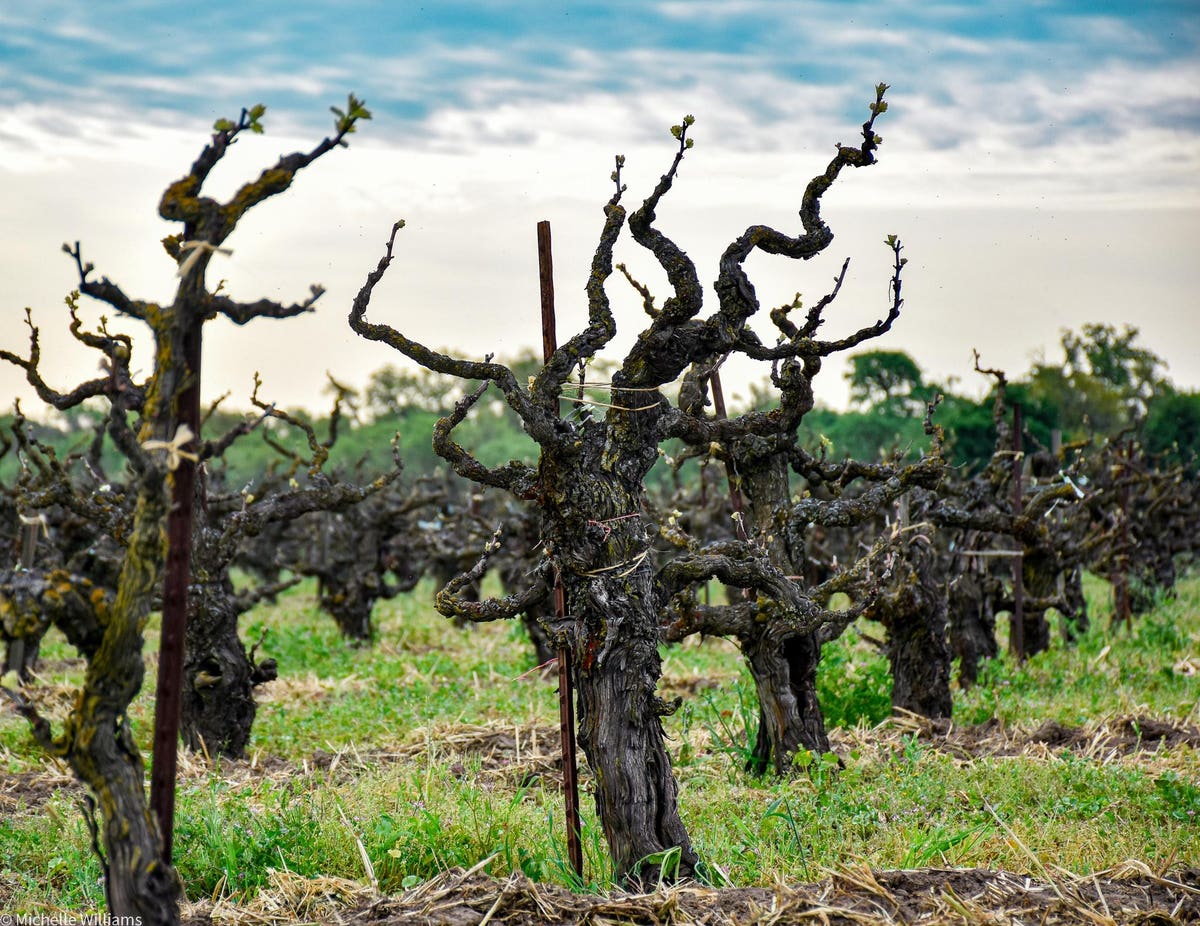 Imagine walking in a vineyard filled with gnarly old vines, low to the ground and so ugly they’re beautiful. They barely produce any fruit. A ripe berry that hits the tongue explodes with concentrated flavor.

No other food source provides such an experience—one that mingles history and modernity.

“Old vine wines are a history lesson in a glass,” said Cassandra Felix, sommelier and Brand Director for Brendel Wines.

Sarah Abbott, MW, CEO and Founder of Swirl Wine Group Limited, agrees. “Heritage old vines crack open the cultural, agricultural and human heart of wine,” she said, “connecting the humanity, nature and qualities of a wine effortlessly with what is in the glass.”

Abbott’s passion for these old, labor-intensive vineyards prompted her to co-found The Old Vine Conference to ignite interest in these wines.

Such old-vine vineyards are extremely rare. Most wineries replace vineyards approximately every thirty years to maintain vigor, change varieties, or remove those succumb to disease.

“If old vineyards did not produce great wines, they would have been replaced long ago,” says Bruce Tyrrell, winemaker and managing director of Tyrrell’s Wines in Australia’s Hunter Valley.

But the right variety, in an amenable place, treated to proper conditions and viticultural practices can last a long time. A patient vine grower knows an old vine can produce gorgeous fruit.

But What, Exactly, Is An Old Vine?

“Old” means many things to many different viticulturists. In France, vieilles vignes usually signifies vineyards older than 30 years. South Africa’s Old Vine Project and Chile’s VIGNO, which focuses on Carignan, recognize an old vine at 35 years. California’s Historic Vine Society qualifies a vine as old at 50-plus years of age.

These illusive gems are teachers: Providing insight to days gone by, instruction on sustainable farming, and, most importantly, produce uniquely exceptional wine.

With vineyards dating back to 1828, Hunter Valley is Australia’s oldest grape-growing region. Many of the region’s centenarian vines were planted for its once bustling spirits industry.

“The HDV Vineyard has a bit of a checkered past,” said Bruce Tyrrell, now the fourth-generation winemaker and managing director of his family’s estate. Planted in 1908, by the Hunter Valley Distilling Company, HDV is believed to be the oldest continuously producing Chardonnay vineyard in the world.

Tyrrell refers to HDV as a sacred site because, “it’s great rarity, the closest ancestor we’ve got, a priceless asset.”

The sentiment carries across the globe. “Stand back and listen, the vineyard will tell you what it needs,” said Rosa Kruger, of South Africa’s Old Vine Project.

In California, thanks to the White Zinfandel craze of the 1980’s, the state retained many heritage Zinfandel vineyards. Yet one of its oldest vineyards is not Zin, but Cinsault. Planted in 1886, Bechthold Vineyard in Lodi is believed the be the world’s oldest Cinsault vineyard.

Making Sure Consumers Get The Message

The industry might love the wines, but some consumers struggle to understand why old vines are important—and what they mean for the wine. The wine industry is trying to address the gap.

“We have a jewel of a story sitting unpolished,” says Sarah Abbot MW. “But we have to work together to buff it up and show it off.”

California’s Lodi Wine Region launched a “Save the Old” campaign designed to bridge the education gap between consumers and old vine wines.

Wine merchants and sommeliers play a role in customer education, too. “High-quality old vine wines deserve to have a higher price point, specifically based on the labor and the yield,” said Jim Knight, proprietor of The Wine House in Los Angeles. “I get behind the wines that have something special going on in the vineyard that’s producing a kick-ass wine.”

Sommeliers are well versed in treasuring old vine wines, but with limited time at any given table, these vine’s value is often overlooked when presenting wines. “Old vine wines are second-nature to sommeliers,” said Brian Huynh, Advanced Sommelier and Assistant General Manager at Major Food Group. “I think we sometimes forget to translate their charm to customers.”

Old-vine vineyards are time machines—speaking to the heart through links to the past, the mind by leading the way of sustainable agriculture, and most importantly, the palate by gifting high-quality, unique wines.