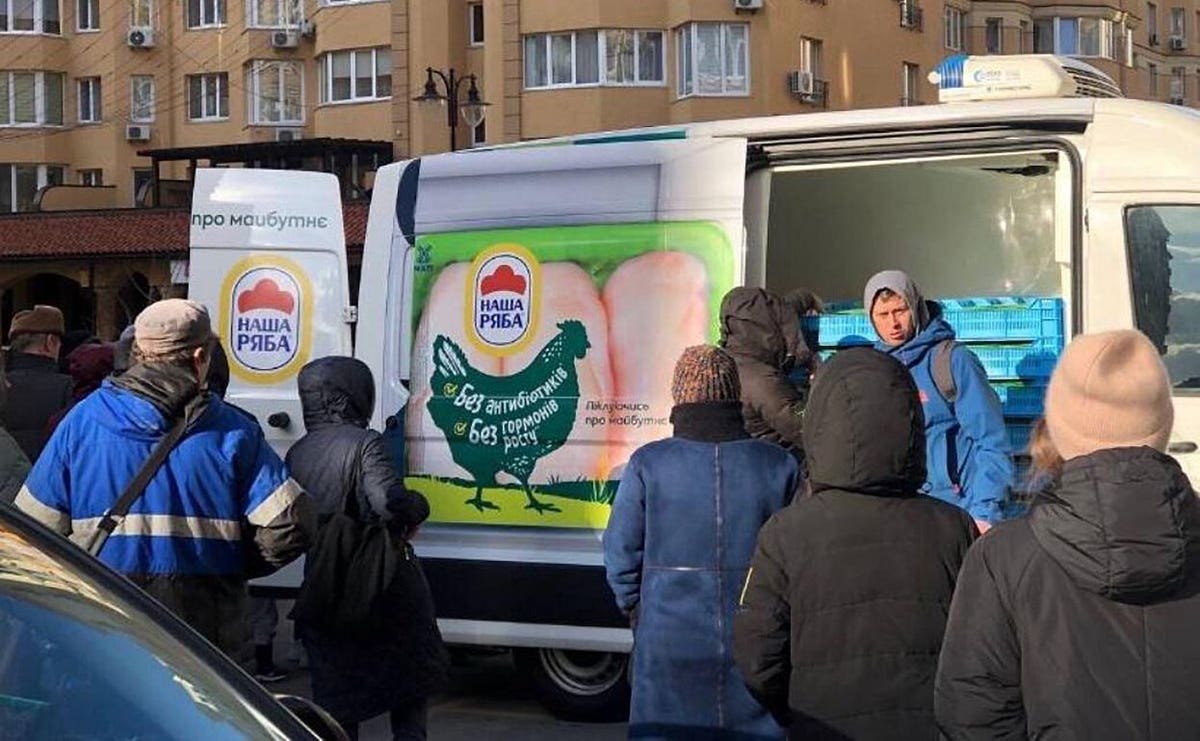 MHP, the biggest food company still operating in the war-torn country, finds that cooperation from workers and investors — and a successful military — are essential to advancing its humanitarian efforts.

A company trying to feed the war-torn communities of Ukraine needs drivers with the courage to deliver to survivors trapped in the line of fire, a commitment to the mission no matter how it might batter the bottom line, and investors who realize that receiving timely debt payments isn’t a top priority right now.

MHP, the biggest food company still operating in Ukraine, checks all the boxes. Since Russia began its unprovoked assault on Feb. 24, the agricultural company has donated 10,500 tons of chickens to hungry Ukrainians, from Kyiv to Kharkiv, using drivers willing to make what the company chairman has called suicide missions and creditors willing to cut MHP some slack.

“There used to be big market areas for us that have been completely destroyed,” MHP Chairman John Rich told Forbes by videophone from his home in Istanbul. “It’s a huge disruption.”

More than 4.3 million Ukrainians have fled the country of over 40 million since Russian President Vladimir Putin launched the invasion more than a month ago, according to the UN, and another 12 million are pinned in and unable to leave war zones. Although Russian forces have implicitly admitted defeat in their campaign against the capital Kyiv by moving their military positions to Ukraine’s east and south, hunger remains widespread, and Rich told Forbes that MHP’s mission is to feed as many Ukrainians as possible because “they’re part of the extended family.”

Charity’s hit to MHP’s bottom line has been rough. The Kyiv-based company missed a debt payment and last month Fitch Ratings downgraded its debt to C, the second-lowest grade, which means it believes the company may already be in default. MHP brought in restructuring consultants, a sign of a cloudy future, and Moody’s reported that as of March 21 MHP had $228 million on hand, with negative cash flow due to the lack of poultry and sunflower-oil exports, disruption to supply chains and the company’s humanitarian efforts. “Despite these significant challenges,” Moody’s said, “MHP tries to continue to maintain its operations.”

The outlook became a bit sunnier when bondholders, most of them based in Europe, agreed to delay March, April and May debt payments. Other investors approved a 270-day payback period, delaying payments on $1.5 billion of debt. “By September, when the next bonds come up, we don’t need to delay them,” Rich said. “We’ll pay them as normal.” Despite the disruptions, Rich said MHP is close to break-even.

MHP just restarted the process of crushing sunflowers and soybeans into highly valued oils, which have doubled in value since the start of the crisis. MHP has been storing the raw materials since last year, and Rich says there’s a large stockpile to work through.

But the future of the business now rests on its ability to return to exporting. MHP said it aims to export 5,000 to 15,000 tons of chicken meat this month, but that depends on whether Ukraine’s government lets them. There’s been a ban on agricultural exports since the beginning of the war. Ports have been shut down, train routes have had to change, and with key areas still subject to Russian attacks, MHP faces an entirely different landscape to actually get its products to countries in the Middle East and Africa that rely on them.

“Logistics is hard,” Rich said. “I know the markets are there. The spirit is willing. But the flesh is weak.”

One concern is that exports will take food from the mouths of those left in Ukraine, where the dire situation is expected to continue for some time, according to Emily Farr of Oxfam’s Global Advisory for Emergency Food Security and Livelihoods.

“There are critical needs for food right now,” Farr said. “Although the impacts differ across the country, the fighting has impacted the availability of food, caused interruptions to supply chains, and made it difficult for people living in areas with active fighting to safely get to markets.”

Still, Rich said MHP-contracted farmers are starting to plant corn that will feed chickens to be sold in Ukraine. Any surplus would be mainly exported to Europe.

“It’s still very much an active war,” Rich said, who credits the Ukraine military with being “pivotal in keeping the country’s food supply alive.”