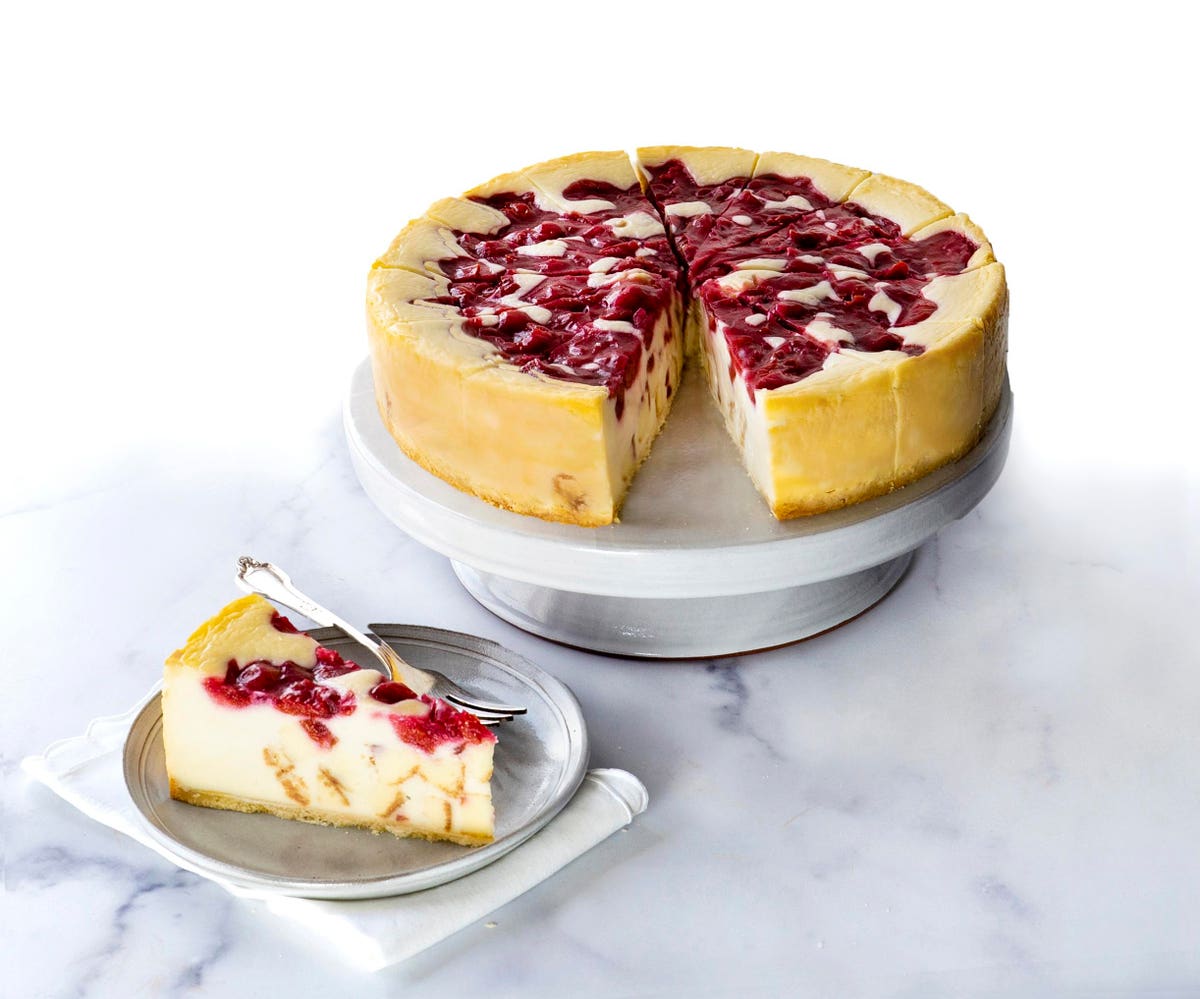 Eli’s is a story about the classic days of old Chicago. The Chicago of Frank Sinatra and Sammy Davis, Jr., and the first and second Mayor Daley. Eli’s The Place for Steak was a Chicago institution for more than 40 years, from 1966-2005.

It was frequented by regular folk on special occasions, influential Chicago journalists who came every day; medical students, doctors, nurses from the nearby Northwestern hospital, politicians, advertising executives, professional athletes and sports figures; and many celebrities. But perhaps the biggest celebrity of all was Eli Schulman, the creator of Eli’s The Place for Steak.

Eli Schulman was a remarkable man who innately created one of the most hospitable restaurants in the history of Chicago. When you read about his life and his story, you realize that the secret to his success was that he was completely inclusive and yet by being that way, he created exclusive eating establishments in Chicago. He was best known for his deli on Oak street and his white-table cloth, jacket required, fine-dining restaurant, Eli’s The Place for Steak. He ran his business and his life with two mottos: “Treat others if you were the other” and “Charity will never bust you.”

And perhaps today, all of this would be forgotten if it wasn’t for Eli’s famous cheesecake. Looking for a dessert that all of his customers could love, he created his own version of cheesecake that quickly became an iconic Chicago-food specialty similar to Chicago-style pizza.

He experimented for about a year in his restaurant kitchen—baking and offering slices to his customers in exchange for their honest feedback—before perfecting Eli’s Cheesecake in 1979. Eli’s Cheesecake is made with a shortbread cookie crust—not the traditional graham cracker crust, and a hot, fast bake with no water bath. The result is a golden-brown exterior and a rich, creamy interior—similar to the popular Basque cheesecake. Chicago fell in love with Eli’s Cheesecake, and soon he was credited with creating Chicago-style cheesecake.

The original flavors of Eli’s Cheesecake are original plain, chocolate chip, cinnamon raisin and Hawaiian. The plain and the chocolate chip remain two of the most popular flavors and are available year ‘round from the company website. In honor of National Cheesecake Day on July 30th, the original four flavors will be packaged in a 9-inch cheesecake sampler for $62.95 and is available for pre-order.

The cheesecake was not only popular in the restaurant, but was one of the most sought after Taste of Chicago “tastes.” The famous Taste of Chicago event and Eli’s Cheesecake share July 4, 1980, as their birthday as both the legendary festival and the wholesale cheesecake business was launched at that first “Taste.”

As his wholesale business grew, Eli established a separate bakery for the cheesecake business and in 1984 his son, Marc, left his law career to run the business.

Eli’s lessons were learned and inherited by his son Marc who lives by his father’s values, and made a commitment to charity and education. He hired people for their expertise and skills, and wound up with a team from all different backgrounds at Eli’s Cheesecake Company. This led him to create a program to help employees get their GEDs while they were at work.

In the early 1990s, Marc formalized “Eli’s Education Innovation Program.” The program was highlighted by Bill Clinton during his presidential campaign visit to Chicago. When Clinton won the election, Eli’s was invited to Washington for the inauguration and made a 2,000 pound “Red, White and Bill” cheesecake. It was such a hit that they made 3 additional cheesecakes for Clinton’s second inauguration and Obama’s two inaugurations.

Marc and his wife Maureen have three girls and their daughter Elana is carrying on the family tradition. She worked in New York City as a producer of food shows and won a James Beard Award for one of her series before joining her parents at Eli’s. But she was making history way before she formally joined the company. When she was nine-years old, she created the very popular—and one of my favorite items—Cuties.

Elana created Cuties during a drive with her parents. She was in the backseat of the car and Maureen told me that she said “why don’t we make mini cheesecakes like they make mini candy at Halloween.”

Marc and Maureen listened to their daughter and they made the 1“ x 1“ square “Cuties” and started selling them like “candy.” My favorite are plain cheesecake “bites” enrobed in rich dark chocolate. The line also includes other cheesecake flavors and popular bars like Pecan and Raspberry Macaroon as well as two vegan treats made into 1“ x 1“ square pieces.

As I spoke with Maureen—who is the family and business historian, publicist, and instrumental to the business—it struck me that Eli’s is a family business where all the employees are treated like family. They are nurtured and groomed to grow and make themselves, and the business successful.

Case in point, the newest version of “The Eli’s Cheesecake Cookbook” celebrates the 40th anniversary of Eli’s Cheesecake and it is as much a memoir and scrapbook as it is a cookbook. If you live in Chicago, or love visiting it, I can’t think of a better souvenir of the city than a copy of this cookbook that captures the essence of a beloved era.

The new edition also pays tribute to 10 employees, their stories, and their signature dessert recipes. The recipes are reflective of their personal culture and traditions, and not an Eli’s recipe. You can choose from Grandma’s Lemon Pound Cake to Vitumbua—a.k.a. Puff Puffs, a fried dough sprinkled with sugar popular in the Congo—and Arroz Tres Leche, plus five more delicious-looking sweet treats.

In addition to these special recipes, there are recipes from the cheesecake vault. My favorite is the Cherry Vanilla Cheesecake that has plump juicy cherries baked into the cheesecake, not just the topping like most traditional cherry cheesecakes. This recipe has been perfected by Senior Vice President of Product Innovation Diana Moles who has been working at Eli’s since the day 36 years ago that she rode up on her motorcycle and was hired.

Diana who is one of the authors of the cookbook is most famous for being able to weigh ingredients to the exact gram just by holding them in her hand. Not realizing that this was a special skill, she used her hand to weigh out the production of Cherry Vanilla Cheesecakes her first day on the job. To everyone’s surprise, she prepped an entire day’s worth of cheesecakes in less than an hour and became an Eli’s legend. The original recipe is her story and her contribution in the book—although she had her hands in virtually all of the cheesecake recipes.

In honor of the 40th anniversary, Diana created the Ruby Jubilee Cherry Cheesecake which is the ultimate vanilla cheesecake studded with chunks of the Cherry Vanilla Cheesecake. It is available on the website for a limited time, and ships nationwide. And, if cherry is not your thing, I am sure that you will find a flavor to love in the many traditional, unique and seasonal cheesecakes—and more—offered on the website.

Eli’s is located in Dunning, a neighborhood on the northwest side of Chicago. If you live in Chicago, it is worth a visit to their neighborhood bakery which is in the same building that houses their production bakery and their offices. The bakery has the largest selection of Eli’s cheesecakes anywhere as well as traditional items like birthday cakes, fruit tarts and muffins. It will re-open for in-person dining and shopping on May 12th and will continue to delivery locally and offer curbside pick-up.

For his contribution to the cookbook, Elias Kasongo chose a sweet treat he often enjoyed in the Congo, Vitumbua, a fried dough sprinkled with sugar. His wife, Lucy, makes it for all of their special occasions, dinner parties, birthdays, and church functions. Elias said, “When we were growing up, if Grandma came over to see the grandchildren and gave us a penny or a dollar, the first thing we did was buy Vitumbua.”

1. In a large mixing bowl, sift together the flour, sugar, baking powder, and salt. Using a small whisk, integrate the water into the mixture until it forms into a dough.

2. Warm the oil in a heavy-bottomed 3-quart saucepan over medium heat for 3 to 4 minutes. Using a small spoon or an ice cream scoop dipped in oil, carefully scoop the dough into balls and add them to the hot oil; you should be able to make 5 at a time. Fry on each side (use wooden dowels or long spoons to turn the dough balls in the oil) until the dough balls turn golden brown. Using a small strainer, remove the puffs from the oil and place them on a platter lined with paper towels to drain.

3. Transfer the puffs from the platter to a serving basket lined with parchment paper. Dust them lightly with the granulated sugar or drizzle with the honey. Serve immediately.

The dramatic cruise with an extraordinary art collection
China cuts quarantine time for international travelers in big step toward easing Covid controls
DRONE OVER SURFERS – Bali Day 2
Why more air travel chaos is on its way
How To Drive In Wine Country: The Virginia Edition