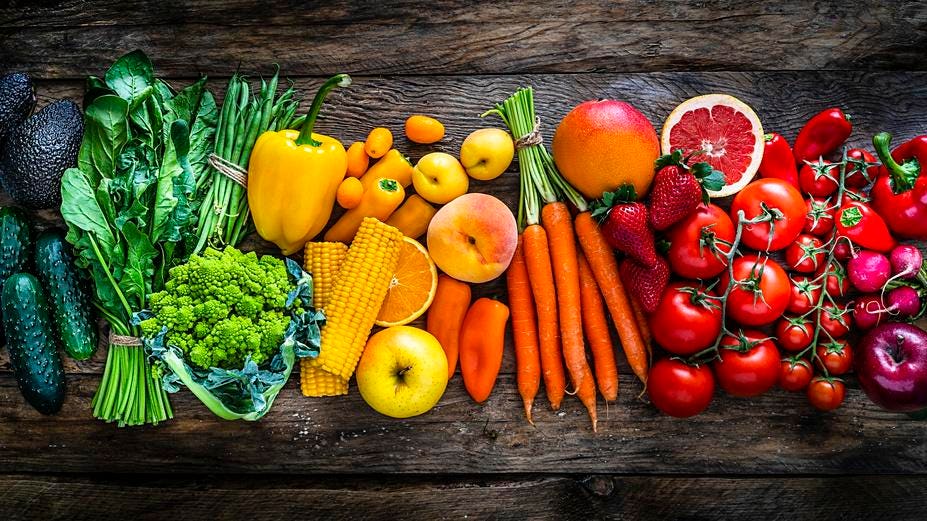 Since 2004, the Environmental Working Group has published its annual “Dirty Dozen List” which purports to be a “shopper’s guide” about which produce items consumers should buy as “Organic” to avoid pesticide residues. They base this list on a scientifically unsupportable interpretation of a valuable and transparent public database, which actually documents the excellent safety profile of the very produce options the EWG
denigrates.

The USDA conducts a sampling program each year called the Pesticide Data Program (PDP
) in which they collect around 10,000 items from commercial US food distribution channels reflecting what is available to the American consumer from domestic and imported sources. These samples are then analyzed for the possible presence of hundreds of different pesticide residues using methods capable of detecting minute quantities as low as 1 part per billion. They then compare residue levels with conservative “tolerances” that the EPA has set for how much of that chemical can be present in the diet without health issues even for children (these levels are known internationally as MRLs – minimum residue levels). In its press release for the 2020 PDP (the 30th anniversary of the program), the USDA clearly concluded that “the summary shows that more than 99% of the samples tested had pesticide residues below benchmark levels established by the Environmental Protection Agency (EPA).” The EPA’s own commentary on this report states: “EPA is confident that the fruits and vegetables our children are eating are safer than ever.”

The EPA goes on to say: “It is important to note though, that just because a pesticide residue is detected on a fruit or vegetable, that does not mean it is unsafe. Very small amounts of pesticides that may remain in or on fruits, vegetables, grains, and other foods decrease considerably as crops are harvested, transported, exposed to light, washed, prepared and cooked. The presence of a detectible pesticide residue does not mean the residue is at an unsafe level. USDA’s Pesticide Data Program (PDP) detects residues at levels far lower than those that are considered health risks.”

The term “far lower” is particularly appropriate as can be seen in a two-part independent graphic analysis of the most recent PDP data recently published on the Genetic Literacy Project website (Part I, Part II). For 2020 the monitoring effort included Apple Juice, Bananas, Blueberries (fresh and a few frozen), Broccoli, Cantaloupe, Carrots, Cauliflower, Collard Greens, Eggplant, Green Beans, Kiwis, Orange Juice, Radishes, Summer Squash, Sweet Bell Peppers, Tangerines, Tomato Paste and Winter Squash. Of these, only the Collard Greens and Peppers are part of the 2022 Dirty Dozen list and none of them can accurately be described as “dirty”

A non-profit, farmer-funded organization called the Alliance for Food and Farming provides commentary and links to scientifically sound resources to debunk the EWG’s methodology. They also link to studies showing the counter-productive effect that this list has on produce consumption by consumers and the missed health benefits that entails. The EWG is also a non-profit, but its funding base includes several large-scale organic marketers (though most are not even in the produce business). The publicity around the list is also a fundraising opportunity for EWG.

When pesticides are registered or re-registered by the EPA, the agency uses the data concerning metabolism and breakdown rates for the chemical in the field to design use-label rules for farmers in terms of how much can be applied and at what interval before harvest. The goal is to ensure that by the time the product reaches consumers, the residues will have dropped below the tolerance. The PDP testing program is essentially a “report card” on how well that regulatory system is working and about the level of farmer compliance with the usage rules. The results represent the equivalent of “straight A-s.”

What makes the EWG’s analysis so misleading is that they essentially treat any residue detection as a problem without comparing it to the appropriate tolerance (data that is clearly provided with every piece of residue data pulled up using the convenient PDP search tool). That means that they are not differentiating between residues that may well differ by 100, 1,000 or even 10,000-fold in terms of their relationship to the tolerance. Their over-emphasis on detection counting is explained in the graph below, plotting the Dirty Dozen ranking against the average number of detections per food sample. The number of detections is not what matters from a safety perspective.

The appropriate and scientifically-sound way to interpret the PDP results is in terms of the proportion of the residue detections below the EPA tolerances (see blue dots in the graph below). In most cases, nearly 100% of the detections were below tolerance, and the slight differences between commodities do not correlate at all with the EWG’s ranking.

The USDA is also responsible for the USDA-Organic certification program. USDA does not use the PDP testing program for organic compliance monitoring, but when that kind of testing is being conducted there is an exemption for any residue of a non-organic approved chemical that is present at less than 5% of the appropriate EPA tolerance. Such low-level detections are considered to be unintentional and thus not a violation of the organic standard. Interestingly a large percentage of the residues that are detected on the mostly conventional samples in the PDP survey could qualify under this “Organic 5% rule.” Those percentages are shown as green points in the graph above. As it turns out, synthetic pesticides are often detected on the limited number of organic samples tested in the PDP program. As with the residues on conventional samples, the levels are not a health concern, but they certainly do not fit within the public image of organic. Both organic and conventional farmers use “natural” pesticides, but most of those are not part of the PDP testing effort because they cannot be easily measured with the technologies employed for synthetic chemical testing. The idea that organic means “no pesticides” is simply a convenient fiction for marketing purposes.

What is particularly encouraging about the PDP data is that not only are most residues below the conservative tolerance, they are far below. In the following graph, the combined data for all the crops on the current EWG list are divided into categories based on just how far they are below tolerance. Some residues were for chemicals for which there was not a tolerance for the commodity in question (grey 1.42% bar), but 98% of those residues were below even the lowest tolerance for other commodities. The red bar is for the 0.23% of all the detections for all of these crops which exceeded tolerance – mostly only to a limited extent.

Strawberries and Spinach are the #1 and #2 crops misrepresented as most “dirty” by the EWG in its 2022 list. As the following graphs indicate, they are actually very clean from the perspective of detection relative to tolerance.

Indeed there are no crops on this infamous list which are problematic when the data is considered in an appropriate manner.

Detailed information for each commodity is summarized in the table below.

In conclusion, consumers should ignore the disinformation promulgated via the Dirty Dozen list and enjoy the healthy fruits and vegetables that are available without worrying about whether they are produced conventionally or under organic rules. Our regulatory system is working in that it both enables farmers to have the pest management tools they need for productivity and quality and protects the health of the consuming public.