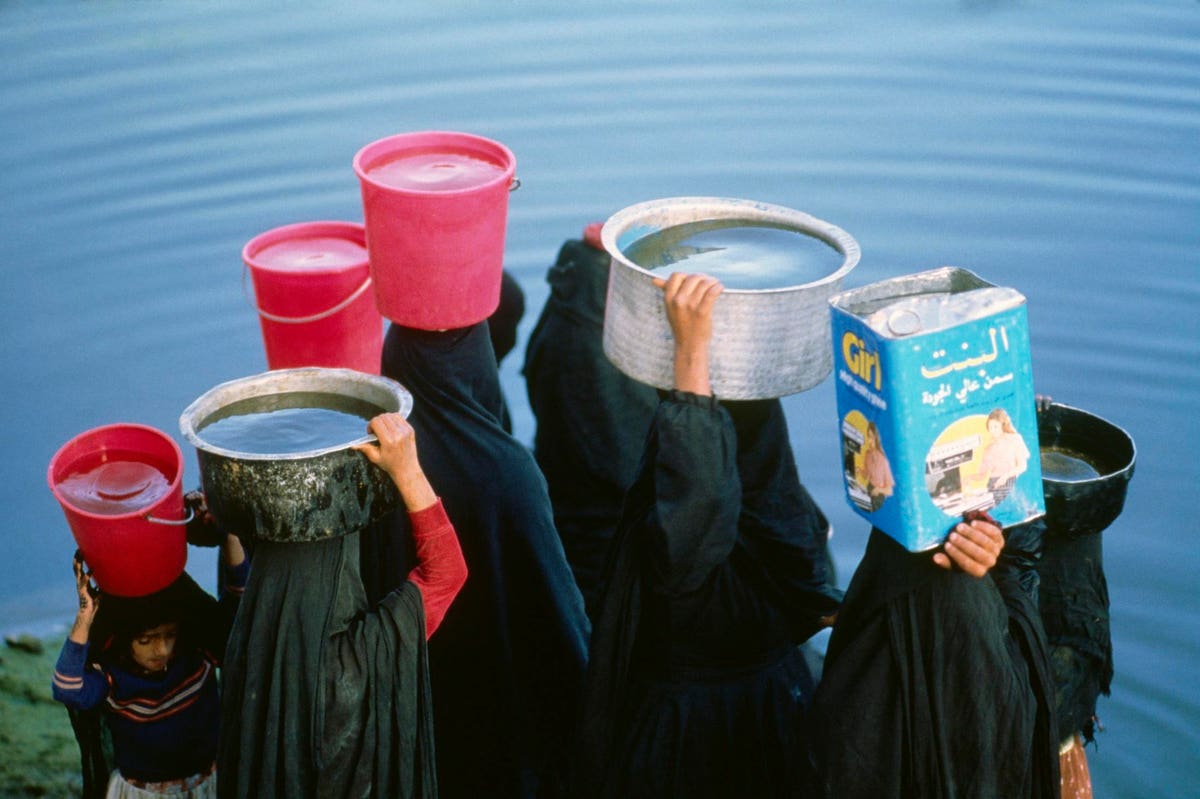 Thirst can kill, and so can hunger when essential agriculture goes dry.

At the beginning of the war in Ukraine, Russian forces destroyed a concrete dam in southern Ukraine. Ukrainians had built the structure in 2014, after Russia illegally annexed Crimea, with the aim of blocking Dnieper River water that had flowed to Crimea since the Soviet era and diverting it to the Ukrainian city of Kherson.

It’s unclear whether the attack on the dam was Russia’s way of settling a score in the early days of its unprovoked invasion of Ukraine, but it highlights how disrupting an enemy’s access to water can be an especially vicious tactic of war, and since water makes food production possible, how it can be used with devastating impact on civilians.

According to the water-focused think tank Pacific Institute, there have been a number of instances around the world this year where military action has destroyed water supply. In addition to the dam in Ukraine, there was an airstrike that hit water tanks in Yemen and an assault by the insurgent group Al-Shabaab on water supply in Somalia, which killed 10 soldiers and injured 15. In Mali, attacks on villages took out water infrastructure and killed four, and in Palestine, the Israeli military destroyed agricultural facilities that included a water tank. In Syria, a country already suffering through years of war and drought, Russian warplanes wrecked a water station and also wounded a worker.

“The basic idea of war is that it’s organized violence and to use the threat of force to compel people,” said Matthew Schmidt, an associate professor of national security and political science at the University of New Haven. “Because we have to drink water to survive, it’s always been a weapon of war.” After post-World War II human-rights accords, the instances where water was used as a weapon subsided. With climate change making drought likelier and water scarcer, that might be starting to shift, Schmidt said. “There was a moral sense that we shouldn’t do that. In Ukraine, you ponder whether Russia has broken that taboo.”

Ukraine is known as Europe’s breadbasket, and a global hunger catastrophe looms as war pinches the country’s harvests of staples such as wheat and sunflower oil. North Africa and the Middle East are especially vulnerable because they’re big customers of Ukrainian agriculture. Water, of course, has a lot to do with farming.

“There’s a misconception that when we talk about famine risk and food insecurity the main thing that’s missing is food,” said Oxfam’s Scott Paul. “In the most dire hunger emergencies around the world, water is as much of a missing ingredient as food is.”

Human life is unimaginable without water. Worldwide, 2.2 billion people don’t have access to safe water, which makes them more vulnerable to malnutrition and death. Better water, sanitation and hygiene could prevent at least 9% of global disease and 6% of global deaths, according to the Centers of Disease Control and Prevention.

Conflict is a major driver of insecure access to clean and safe water. Water can be a source of conflict and at the same time a resource that becomes more scarce in conflict.

Since 2020, the Pacific Institute has tracked more than 200 instances of water-related conflict, compared to 629 total in the entire decade prior. Peter Gleick, a senior fellow at the institute and its president-emeritus, says it’s only a matter of time before climate change pushes even more tension to the surface. Gleick expects that eventually conflicts over water will pop up in America.

“Reservoirs are low. The snowpack is disappearing at a record rate. We’re going to see conflicts in the sense that farmers and cities are not getting all of the water that they want,” Gleick said. “When there’s a shortfall, everybody tries to find somebody else’s water.”