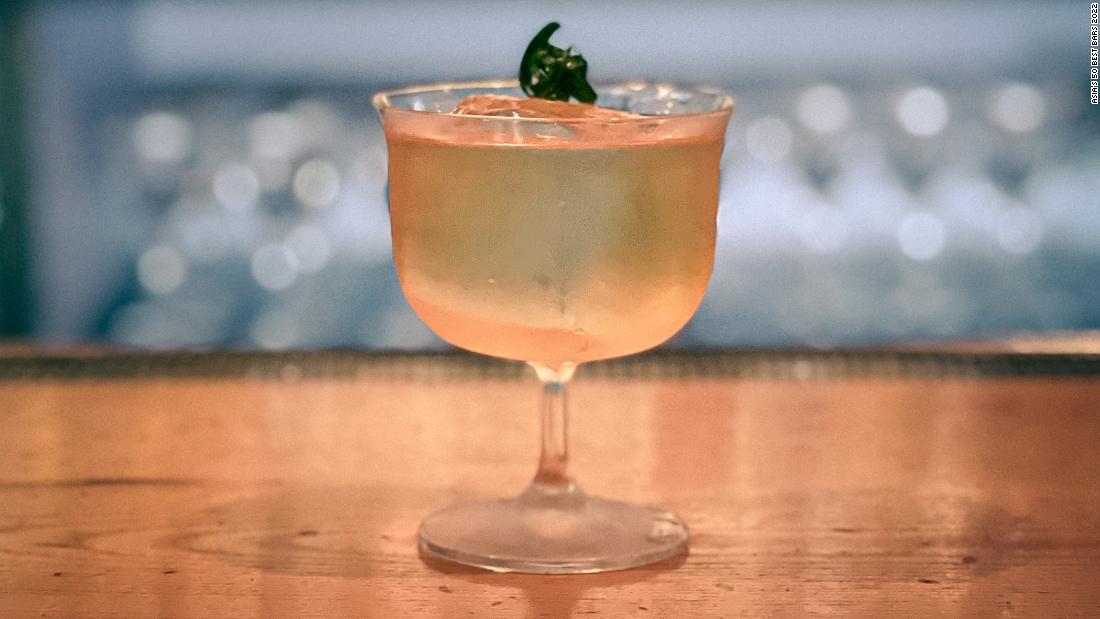 (CNN) — With pandemic travel restrictions easing in much of the region, the annual Asia’s 50 Best Bars ceremony took place in front of a live audience for the first time since 2019 on Thursday evening.

A celebration of the region’s best bars and the people behind them, the 2022 event was held at Bangkok’s Mandarin Oriental hotel.

As usual, it was a showdown between Hong Kong and Singapore for the top spot, with last year’s winner, Coa, holding onto first place for the second year in a row.

The Hong Kong bar, set in a candle-lit space with industrial-style interiors, is named after a machete-like tool used to harvest agave — the plant from which mezcal and tequila are distilled. Both of these spirits feature prominently in Coa’s cocktails, including La Paloma de Oaxaca, which includes a blend of grapefruit-spiked mezcal and tequila.

Singapore’s Jigger & Pony, located in the city’s Amara Hotel, grabbed the number two spot. Named after the double-coned measuring device used by bartenders, it offers a menu of 24 cocktails — many of them fresh interpretations of classic drinks such as the Yuzu Whiskey Sour, made with Maker’s Mark Bourbon, yuzu marmalade, St Germain, lemon and egg white.

Four Seasons Hong Kong-based Argo came in at number three on this year’s list. Its unique cocktail menu includes drinks fueled by spirit innovations, such as an AI-produced gin and molecular-aged whisky.

Meanwhile, the only bar in the top 10 not based in a major city, Tesouro opened during the pandemic in the beach village of Colva in Goa, India. Number four on this year’s list, it features Goan-Portuguese design elements and cocktails made with fine rum, craft gins, agave spirits and the local Goan-distilled spirit feni.

Tokyo’s Bar Benfiddich earned the number five spot, Taipei’s Indulge Experimental Bistro came in at number six, while Charles H in Seoul landed at number seven this year.
Though Singapore missed out on the top spot, it has more bars in the top 50 than any other city. Eleven venues on the 2022 Asia list are based in the city-state, including this year’s number 8, MO Bar, and former number one, Manhattan, which came in at number 9 this year.

Part of the World’s 50 Best Bars brand owned by William Reed Ltd., the Asia list is based on the votes of the Asia’s 50 Best Bars Academy, which is made up of members of the bar industry, media and mixology experts in the region.

“Asia’s bars have shown remarkable resilience and growth in spite of the challenges of the past two years, and we continue to be proud to celebrate the talent and creativity on display in bars all across Asia,” said Mark Sansom, content director for Asia’s 50 Best Bars, in a statement.