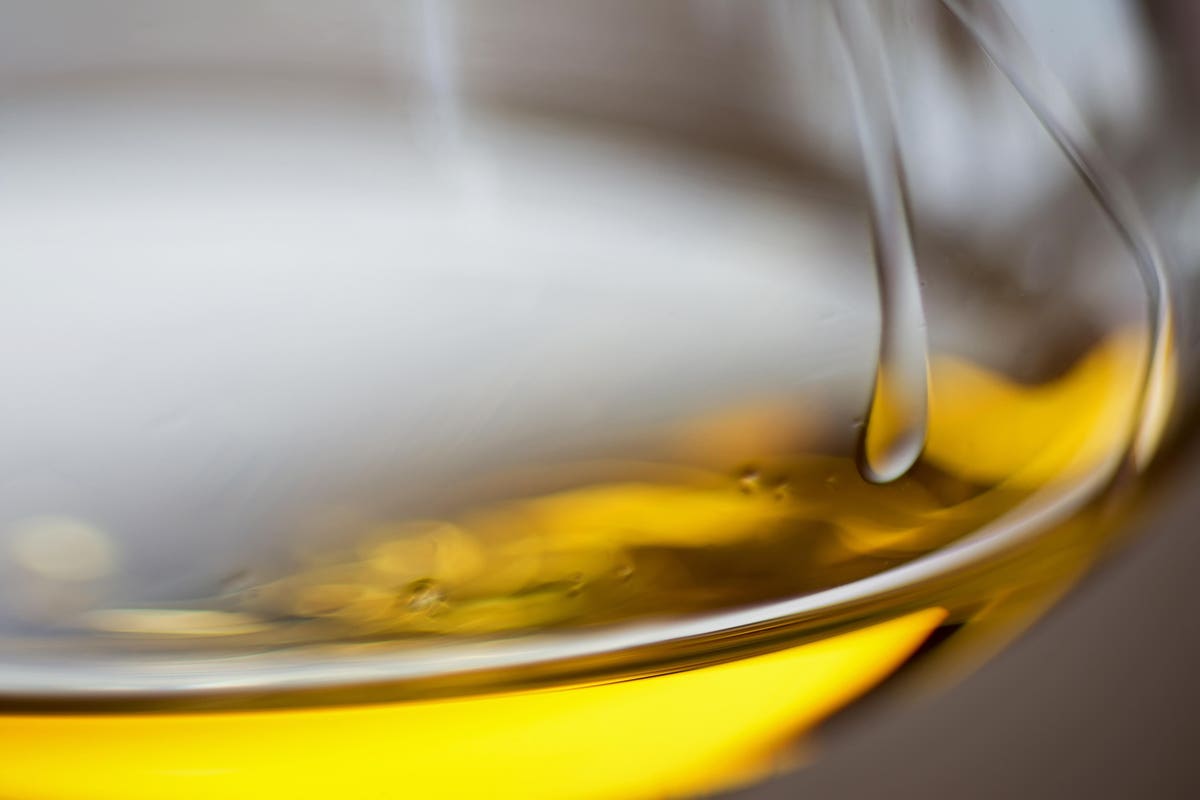 When the Spanish Civil War ended in 1939, many areas in Spain were plunged into an economic depression where even highly skilled professionals such as doctors would barely make ends meet, such as the Comenge family. Despite the family struggling after the war, today, they own a gorgeous winery called Bodegas Comenge in the highly-respected wine region of Ribera del Duero that includes a lovely tasting room surrounded by their stunning vineyards. Still, none of that would be possible if it wasn’t for D. Miguel Comenge – the father of the founder of the winery.

Álvaro Comenge, the sales director of Bodegas Comenge and the grandson of D. Miguel, has helped further the area’s innovation by funding a research and development department which is the foundation that their wines are built on. One such wine, which shows a new direction for Ribera del Duero, is the white wine made from a white native grape that in 2019 was allowed to qualify for Ribera del Duero D.O. status – a designation that indicates quality wine.

But none of Comenge efforts would exist if it wasn’t for D. Miguel, a doctor specializing in biochemistry, writing the first in-depth study of Spanish wine, which included scientific analyses of physical and chemical characteristics of 109 Spanish wines, written in 1932 and released in 1942. The book made it possible for the family to initially survive as it brought in money when times were tough, and the profits made it possible for D. Miguel’s son to establish a winery; his grandson Álvaro runs the winery today, and the book is still used at universities in Spain.

It is an exciting time for Ribera del Duero as some winemakers can finally experiment with a white wine that is allowed to carry the quality designation of the region. It is called Albillo Mayor, many call it Albillo for short, but it is important to not confuse it with other Albillo grapes in Spain, such as Albillo Real, as they are different varieties. Albillo Mayor is a white grape variety that has typically been co-planted with Tempranillo and other red grape varieties – called field blends, and hence, the grapes were fermented together to make a light-colored red called Claret which was the everyday wine made over 50 years ago, according to Álvaro Comenge. The wine is still made today, but it is considered a darker-colored rosé for marketing purposes, and Comenge produces such a rosé made from a vineyard that is over 100 years old, planted with Albillo as well as native red grape varieties.

But starting with the 2019 vintage, Bodegas Comenge is now able to make a 100% Albillo white wine from the same century-old vineyard that can be labeled Ribera del Duero D.O., and the region finally has its own white wine as Álvaro Comenge talked about how they were one of the very few, if not the only, high-quality wine region in Europe that did not allow a white wine to have high-quality status.

One cannot talk about the Albillo grape variety in Ribera del Duero without mentioning Bodegas Valduero. There are many great chefs, celebrities and wine connoisseurs who love the ultra-premium aged “Reserva” red wines of Valduero but it may not be widely known that they were the original protector of the Albillo grape, as they made the first 100% Albillo white wine in 1990. The winery is run by two sisters, one of whom, the winemaker, Yolanda Garcia Viadero, who, for decades, has been on a mission to show the world the great white wine that can be made from this grape and, hopefully, with more producers making it, as it is officially recognized as a quality wine from the region now, it will start to gain more notoriety around the world. While other producers were ripping out Albillo, Yolanda was protecting their plots of Albillo at Bodegas Valduero, and this producer is already well-known for being guardians of exceptional vineyards as they are the second-largest low bush vines estate at one of the highest altitudes in the region.

Even though Ribera del Duero has officially recognized Albillo for white wine, conversely, other producers are making white wines out of other local grapes that have gained a following throughout the years, and the fact that these wines cannot be labeled as Ribera del Duero D.O. has not hurt their sales.

Known for their old vineyards that are either farmed organically and/or biodynamically, Bodegas Viña Sastre makes a white wine made from 100-year-old vines grown at 2,700 feet altitude from a white grape called Cayetana Blanca. This variety hasn’t gotten that much respect in Spain as it is usually a high-yielding grape that makes neutral wine, but this particular extremely low-yielding biodynamic vineyard produces a wine that has rich fruit flavors and floral aromatics. Jesús Sastre, owner, winemaker and vineyard manager, noted that his U.S. importer quickly sold out of this wine called “Flavus,” and it has gained a loyal following of wine drinkers who appreciate its beautiful qualities without needing the validation of being officially labeled as a higher-quality status wine.

Many Ribera del Duero wine producers have gone to their neighboring wine region Rueda to add a high-quality designated white wine to their portfolio by either buying a winery or having a wine made by another winery from the aromatic white grape variety Verdejo. The grape variety Verdejo is often referred to as the Spanish Sauvignon Blanc in the U.S. as they have a similar profile, and some of the wines will have a small amount of Sauvignon added to the final blend. Ribera del Duero and Rueda have had a great partnership as the latter has offered something desperately needed by the former, and they often join forces to market both of these wine regions in export markets.

One producer synonymous with ultra-premium Ribera del Duero wines, Bodegas Pago de Carraovejas, decided to make white wines from the Verdejo grape in a unique area of Rueda, in the town of Nieva within the Segovia province, which includes a small section of the Ribera del Duero region as well as part of Rueda. The winery they established in Rueda is called Ossian, and the wines have a cult following with their legendary “Capitel,” made from 200-year-old Verdejo vines, retailing around $125. Pago de Carraovejas was established by José María Ruiz, who represented Spain in the first-ever World Sommelier Contest in Milan, winning 5th place out of 60 participating countries. When he came back to Spain, he was energized by the world’s focus on gastronomy, and he was determined to be part of establishing great restaurants in his home region of Ribera del Duero, but he also wanted to make elevated wines ideal for the finest restaurants in the world.

The Ossian estate is made up of 22-acres of high-altitude (up to 3,000 feet), pre-phylloxera Verdejo vines that range between 100 to 200 years old, planted in sandy soil, hence why the vines were able to escape the insect pest that devastated many European vineyards as phylloxera can’t survive in sandy soil. The wines are complex, concentrated, terroir-driven and age-worthy Verdejo wines that sommeliers around Spain have cherished as a Spanish fine wine choice to match with food instead of a French white Burgundy.

These wines have proven that there are hidden pockets capable of producing outstanding white wines as well as red. A decision was made to label the wines under the broader ‘Vino de la Tierra de Castilla y León designation, which covers a more extensive region. This designation is one step below the Rueda D.O. designation, which the wines could use. But since the wines do not represent the average easy drinking Rueda D.O. Verdejo wines and are reflective of these specific 22-acres, it makes sense to place them in a category that isn’t known for a particular wine profile. And these wines show pockets within the Castilla y León area, which includes Ribera del Duero as well, that have vineyards capable of making outstanding white wine.

When it comes to finding the ideal winery techniques or a typical profile for a 100% Albillo white wine, Álvaro Comenge says that the region of Ribera del Duero is still experimenting and trying to find its way. His winemaker for Bodegas Comenge takes the wine through a complicated process of having one section of Albillo grape bunches go through cold maceration. At the same time, he freezes the other section of grapes as the freezing helps to “break down the structure” to “liberate more aromas.” Furthermore, they use Saccharomyces yeasts (the most common species for winemaking) and non-Saccharomyces (not as common) on different sections. Albillo is a grape variety with a range of aromas and flavors, but those aromas and flavors can be challenging to release from the grapes.

It is not surprising to hear about Álvaro encouraging his winemaker to go to such lengths to unlock the potential of the Albillo grape as he not only comes from a grandfather who wrote the first in-depth Spanish wine textbook, but his grandmother was just as impressive. She was the first woman in the area to study medicine, and she was taught by Santiago Ramón y Caja, a Nobel Prize laureate for medicine. And so it is in Álvaro’s D.N.A. to refuse to settle for the easy road of accepting what the world gives him by normal means. Pulsating in his blood is the need to explore and go beyond anyone’s expectations, and Ribera del Duero’s new white wine journey will only benefit from his family’s innovative spirit.

2019 Comenge, Albillo, Ribera del Duero DO, Spain: 100% Albillo from a 100-year-old vineyard. Nose of almonds and honeysuckle with lemon sorbet flavors along the rich, textural body.

2020 Carmen by Comenge, Rosé, Ribera del Duero DO, Spain: 50% Albillo and 50% local red varieties from a 100-year-old vineyard. This wine would have been called a Claret wine in the past, but today it is considered, for marketing purposes, a darker rosé. The white Albillo grape and the red varieties are fermented separately and then blended. Pretty violet notes on the nose and a mixture of wild blackberries and bright red cherries with a hint of crushed rocks in the background.

2020 Valduero, Blanco Albillo, Ribera del Duero DO, Spain: 100% Albillo. A lifted citrus blossom note on the nose with lots of stony minerality on the palate with white peach flavors and lots of weight on the body balanced by fresh acidity.

2018 Bodegas Viña Sastre ‘Flavus’ Vino de Mesa, Spain: 100% Cayetana Blanca (also known as Jaén) from 100-year-old vines grown at 2,700 feet altitude using organic and biodynamic practices. A varietal Cayetana Blanca wine can only technically qualify for the lower Vino de Mesa designation, so it is not allowed to place the vintage on the front of the bottle, but I did confirm that this was the 2018 vintage. An explosion of flavor with lemon curd, peach pie and dried wildflowers with bright acidity and juicy body.

2018 Ossian ‘Ossian’ Vino de la Tierra de Castilla y León, Spain: 100% Verdejo from vines that average around 150 years in age. Multi-layered stone fruits with hints of anise seed and jasmine that has zesty lemon confit flavors on the palate with a smoky minerality, lots of energy and a fierce drive along the sustained finish.

2018 Ossian ‘Capitel’ Vino de la Tierra de Castilla y León, Spain: 100% Verdejo from 200-year-old vines. A smoky minerality is upfront with this beauty that evolves through time into spiced toast and fennel fronds that has irresistible flavors of pear tart with a knockout textural component that brings this wine to another level of elegance and complexity; an extraordinarily long finish.