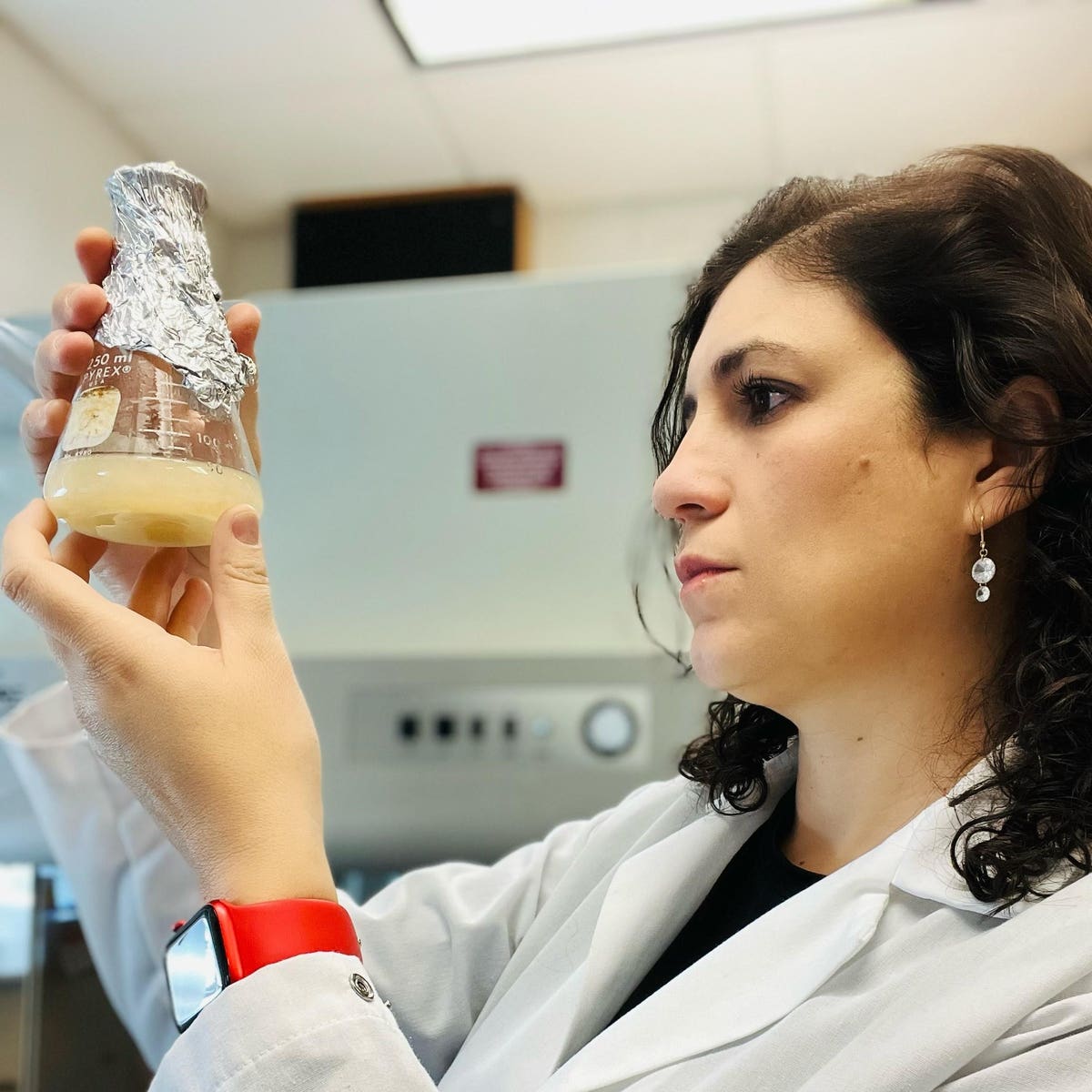 Colombian mycologist Catalina Salgado-Salazar is helping to develop a genetic test to identify a fungus that causes a disease that has already hit Asia’s mango industries and could threaten crops in the US and Colombia alike.

Salgado-Salazar, who is a researcher at the United States Department of Agriculture’s Agricultural Research Service (USDA ARS), says she is currently working on the development of a diagnostic assay to detect mango sudden decline caused by the fungus Ceratocystis manginecans.

“The disease was first reported in 1998 in Oman and Pakistan, seriously threatening their mango industry and bark beetles (Hypocryphalus mangiferae) are known to be a vector of the mango sudden decline pathogens,” she says, adding that even though this beetle is currently present in Florida and Puerto Rico, mango sudden decline has not been reported in the U.S., its territories or in any mango producing country in Central and South America .

She and her team are starting to look for the genetic markers and once an unique DNA region or gene specific for this fungal pathogen has been found, any kind of assay can be developed depending on the needs and possibilities of any agency or country.

“When resources are scarce, it can be a simple PCR assay where the presence/absence can be determined, or a portable tool for pathogen detection using LAMP (loop-mediated isothermal amplification) technologies,” she says, adding that projects like this are important to detect high-risk fungal pathogens before they reach vulnerable countries, enabling a rapid response in case this pathogen is accidentally introduced to the mango producing areas in the U.S. and other countries.

Southern Colombia to the World

Salgado-Salazar grew up in Pasto, the capital city of Nariño department (state) in Colombia.

“Since I was a little girl, I loved nature, plants, and animals,” she says, “I had a very nice biology teacher in the 8th grade, and I loved to do my biology homework.”

Salgado-Salazar says that since then, she knew she wanted to become a biologist, but it wasn’t until she was a graduate student working on my master’s degree that she took several classes in fungal biology and started down the road to become a mycologist.

“As a research scientist from the Global South that migrated to the Global North, I understand the consequences that the lack of research funding can have on the development of solutions to issues currently affecting agriculture in the Global South,” she says, adding that one of the objectives of her career with the USDA is to develop meaningful collaborations with researchers in Colombia and other parts of the Global South.

“Researchers in the global south may have years of experience in managing plant health issues under these conditions and can bring a wealth of knowledge to collaborations with partners all over the world,” Salgado-Salazar says.

He has spent his whole career to save bananas from extinction from Panama Disease, but now his work has new urgency after having to inform authorities in his home country that a new strain had arrived.