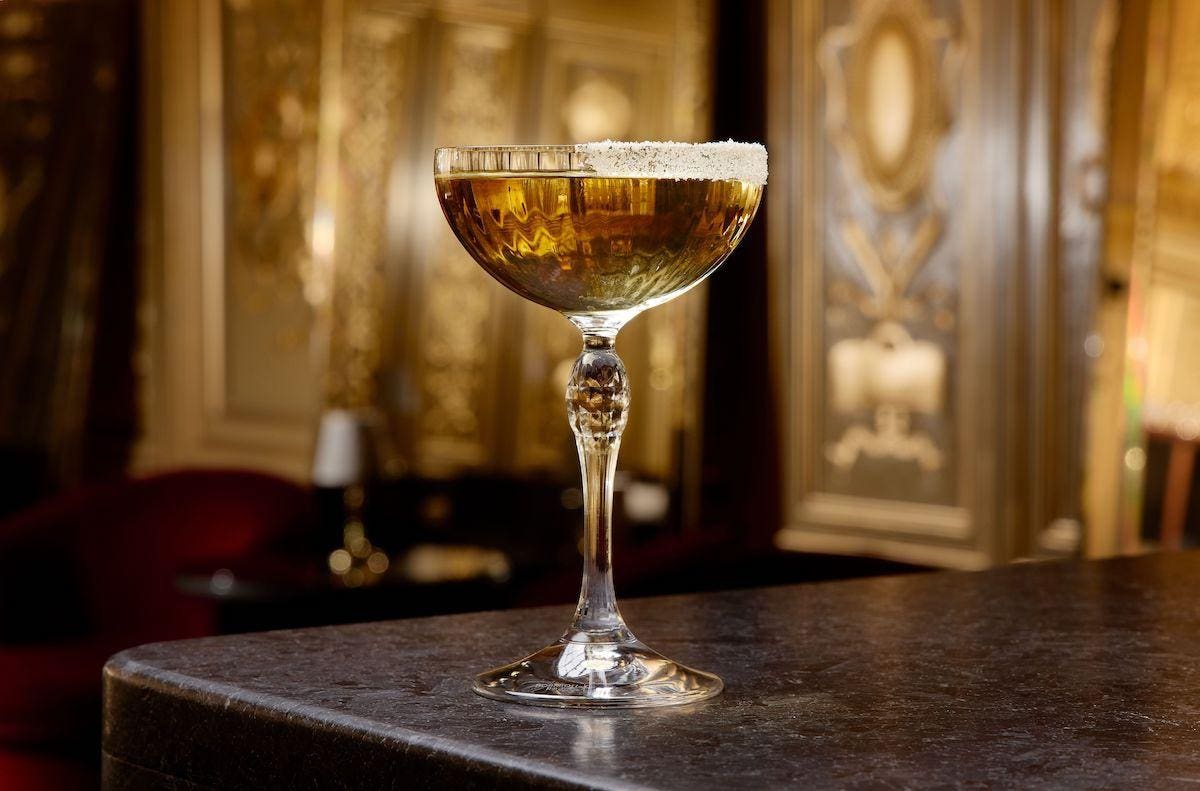 The New York Times has dubbed the phenomenon “nightlife inflation.”

Like the surging costs of beef, bacon, bedding and so many other goods and services, the costs of cocktails in New York City seem to be creeping higher and higher.

Encouraged by workers returning to midtown offices and Big Apple tourism on the rebound, Lotte New York Palace has introduced a new “Art of the Martini” menu in its Gold Room, which features “The Reserve Martini.”

While post-pandemic New Yorkers and visitors expect higher prices for a night out or drink before dinner, even big spenders may raise their eyebrows at the $250 martini. Why is it so expensive?

A good martini always starts with good ingredients, and “The Reserve Martini” is made with some of the finest liquors: Nolet’s Reserve Gin and Dolin Dry Vermouth.

Sometimes called the $700 gin, the 104.6 proof Dutch gin is made in small batches by Carolus Nolet, Sr., the 10th generation distillery owner. Each bottle is individually numbered by hand. The botanicals infused in the gin include saffron, which can cost as much as $5,000 a pound, giving the gin a light golden color. The Dolin French vermouth has a venerable history dating back some two hundred years.

The recommended pairings for the precious Reserve Martini cocktail also aren’t for the faint-hearted: Kaluga Caviar (with Buckwheat Blini and Crème Fraiche), priced at $95 for 15 grams (about one tablespoon), and Sicilian Castelvetrano Olives stuffed with Roquefort Blue Cheese at three pieces for $10.

Of course, the setting of the two-story, barrel-vaulted ceiling Renaissance-style bar at New York Lotte Palace couldn’t be more elegant. With gilded ceilings, walls and wainscoting, the Gold Room looks as if it was dipped in gold.

Tucked under the grand staircase, the room is in the landmarked Viliard Mansion, one of the two major elements of this 909-room hotel that blends seamlessly with the more contemporary 55-story hotel tower. It is located just inside the Madison Avenue courtyard entrance of the hotel, which once welcomed carriages.

The storied mansion was commissioned in 1881 by Henry Villard, president of the Northern Pacific Railway. When first built, the room wasn’t decorated but it was later completed by Stanford White, intended as a music room with an elaborate suspended balcony on the room’s north side, designed as a performance stage for musicians.

The wall panels are decorated with images of musical instruments and garlands of foliage in low relief with two John La Farge paintings, “Art” and “Music” serving as focal points. La Farge is also credited with the leaded glass windows above the wainscot on the east side of the room that lend some natural light.

Also on the Menu

Resident Wine and Beverage Director Justin Lorenz’ bespoke “Art of the Martini” menu offers seven other cocktails, ranging in price from $25 to $125 (for the one made with Harlen D. Wheatley CLIX Vodka). With playful names like Filthy Rich and Seoul-ful, the crafted cocktails range from those made with vodka and gin to ones made with tequila and soju (an ode to Lotte’s Korean roots).

Open daily from 5PM to 10PM, the warm, intimate space offers other alcoholic and non-alcoholic beverages along with a menu of small plates, light snacks, and desserts curated by Chef Cedric Tovar.