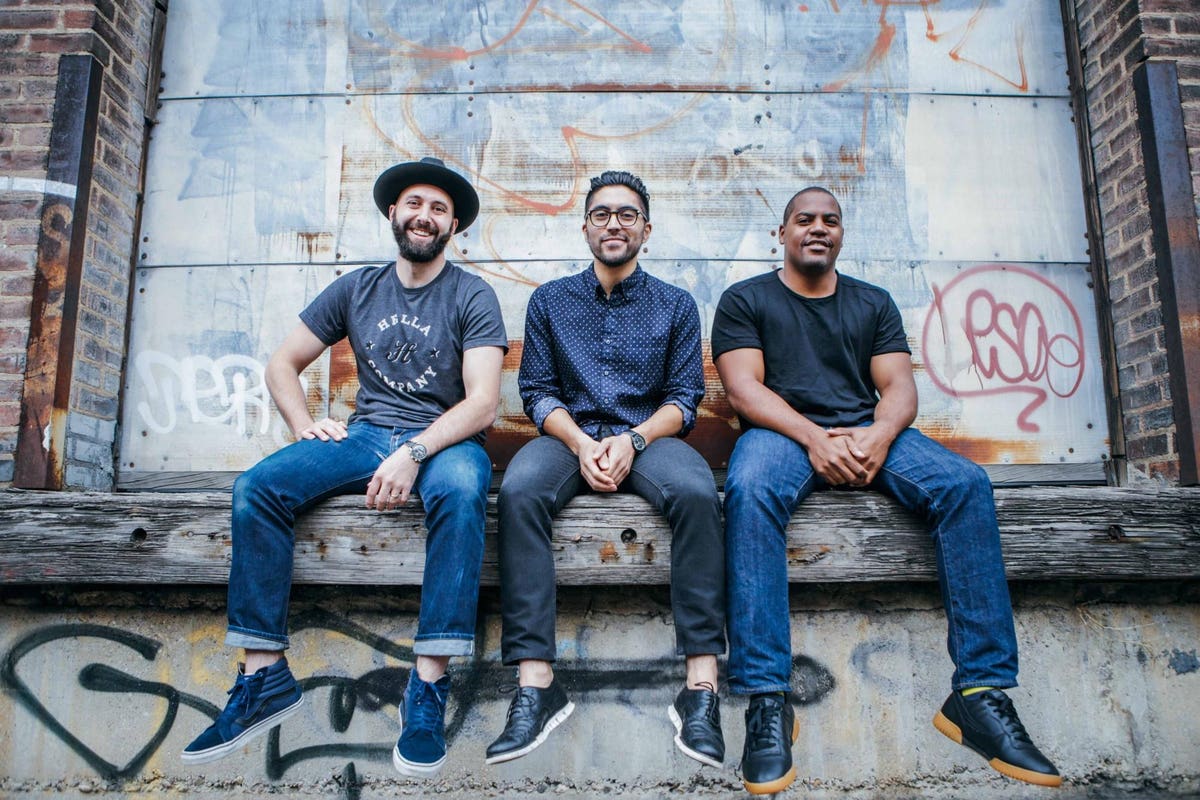 The latest $5 million deal between premium whiskey company Uncle Nearest and Hella Cocktail further accelerates the fast growing trend in the cocktail world, where “the buzz is optional”, says Jomaree Pinkard, CEO and cofounder of the botanically inspired mixers and beverages brand.

Hella Cocktail, cofounded and bootstrapped by Tobin Ludwig, Eddie Simeon, and Pinkard a decade ago as a side hobby to provide elevated experience for cocktail or non-alcoholic elixir drinkers, has evolved to become one of the very few BIPOC-owned cocktail brands available across all 50 U.S. states. The company’s botanically-inspired products include a line of premium mixers and crafted bitters.

“I’ll say our core demographic is really someone who’s curious and open to discovering for their palates, and we stand on flavor at the highest level,” Pinkard told me during an exclusive recent interview, noting how Hella Cocktail is on track to sell 200,000-250,000 cases by the end of 2022, which equals the same distribution across 20,000 of its restaurant, bar, and retail partners — a significant increase from only $50,000 in sales during the company’s first year.

According to Pinkard, 60% of Hella Cocktails’ revenue is currently generated from retailers, with the remaining 25% and 15% from e-commerce and food service, respectively. The company hopes sales from these channels to split more evenly by year end, similar to the pre-pandemic period.

The latest investment, which comes from Uncle Nearest’s own venture fund, coincides with Hella Cocktail’s 10-year anniversary and its recent launch of Bitters & Soda, which the company claims to be a “first-to-market.” The line, which comes in five different flavors, including classic dry, grapefruit, ginger turmeric, bittersweet spritz, and lemon lime, allows Hella Cocktail to provide its audiences with a more complete solution throughout their imbibing journey with premium flavors and convenience, Pinkard stresses.

He describes the partnership with Uncle Nearest as a “serendipitous moment” since the number of BIPOC-owned alcohol brands on the market has been historically low, and financially supporting fellow entrepreneurs from the community is urgent.

“We’re very keenly aware of all other players in the marketplace, especially during celebratory months when people are making a list of shopping items [led by BIPOC founders],” Pinkard said. In 2021, Uncle Nearest experimented a Tennessee Mule recipe using Hella Cocktail’s products during the Black History Month, and continued with a similar collaboration on the Day of the Dead before starting to further explore synergies.

“We’re both rooted in very diverse backgrounds with both companies dedicated to inclusivity,” added Pinkard. “Our values are aligned so closely that we felt so lucky to find each other.”

Uncle Nearest Venture Fund was created by the company’s founder and CEO Fawn Weaver to invest in minority, particularly BIPOC and women, founded, owned and led brands with “the greatest potential to grow into long-standing legacy” ones, according to its website.

The fund has previously invested in Sorel Liqueur, a modern artisanal Caribbean-inspired liqueur created by Jackie Summers, also known as Jack From Brooklyn, who found himself to be the only Black person in the U.S. with a license to make liquor. Hella Cocktail is by far the largest investment by Uncle Nearest Venture Fund, according to Pinkard.

“Investing in Hella Cocktail Co. was an absolute no brainer,” Weaver said in a statement. “Our team members were already pairing their Bitters & Soda with Uncle Nearest, so I knew their products were made with excellence. “What I didn’t know is the brand was founded by three men of African American, Mexican, and Jewish descent. Once I learned that, I reached into Jomaree and said, ‘What do you need? It’s yours.’ We could not be prouder to back these three incredible leaders, who have bootstrapped this brand for a decade, never compromising on quality or messaging, and who have grown their company at such a rapid yet sustained pace that they’ve proven their brand is here to stay.”

Additionally, Weaver told me: “Hella Cocktail Co. will have the full support of the Uncle Nearest team. We have already begun introducing the brand to our more than 25,000 accounts, so everyone is able to taste the excellence in the products the Hella team has been putting out. Uncle Nearest has always paired brilliantly with their groundbreaking Bitters & Sodas, and as I’ve been on my ‘100 Cities in 100 Days’ CEO Thank You Tour, I’ve already begun to see our accounts swap out bitters in our cocktails for Hella.”

Hella Cocktail’s team will focus heavily on brand amplification upon closing their fundraise, according to Pinkard. “This is more about continuing to build an all-star team and building more inventory to fulfill the growing demand from our 20,000 outlets,” he said.

“More importantly, amplifying who we are as Hella Cocktail — an elevated choice of root flavors.”