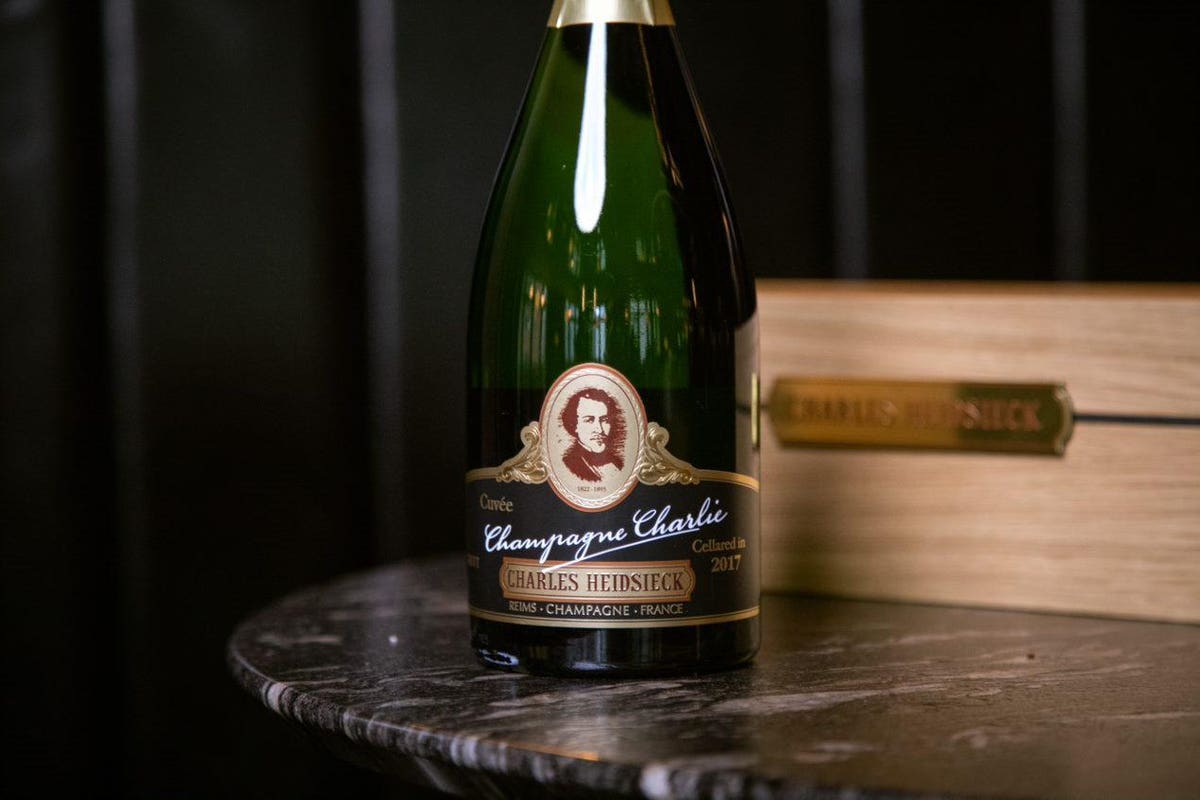 Renowned champagne producer Charles Heidsieck has just announced the return of its most historic cuvée—Champagne Charlie—to celebrate the bicentennial of its founder, Charles-Camille Heidsieck.

In 1852 the then 30-year-old became the first owner of a champagne House to visit the United States and is largely credited for America’s subsequent champagne boom, earning himself the nickname ‘Champagne Charlie’.

Comprised of nearly 80% reserve wines, with select components aged on lees for up to 25 years, the new blend is 52% chardonnay and 48% pinot noir, with 20% comprised of wine from Heidsieck’s 2016 vintage, cellared in 2017.

The result? An ultra-luxe cuvée with aromatic intensity, with notes of passionfruit and fresh pastry, settling into a silky, saline finish

“We are reconnecting with a tradition,” says Managing Director Stephen Leroux. “By confirming our decision to make the ‘Charles spirit’ and Charlie’s passion the essence of the House, we are recreating our crown jewel.

“We will produce only a very limited quantity of bottles for the first issue of this new release, which is, in fact, a rebirth. It will be available only through a very select network of distributors.”

And, naturally, it’s got the price tag to match.

With fewer than 5,500 bottles produced of this edition, a bottle of the new Champagne Charlie will set you back £500/$700, respectively, though curious connoisseurs will have the chance to pop bottles for less if they find themselves in the UK.

As part of its ‘Champagne of the Month’ programme, luxury hotel The Ritz London will serve Cuvée Champagne Charlie by the glass (at £75) throughout July, exclusively.

Elsewhere, Brits are able to purchase Champagne Charlie from Hedonism and The Finest Bubble now, with a US release to follow (imported by Folio Fine Wine Partners nationally) in fine wine outlets from September 2022.

Tech Stocks Are Leading Markets Higher Again, But Analysts Split On Whether Rebound Will Continue
How the war in Ukraine is speeding up global wheat shortages #wheat #foodinsider #Ukraine #shorts
French mayor wants Mont Blanc climbers to pay €15,000 rescue and funeral deposit
Woman Can’t Believe She Lives in Haunted House | A Haunting | Travel Channel
This hotel brand will pay for its staff’s tattoos