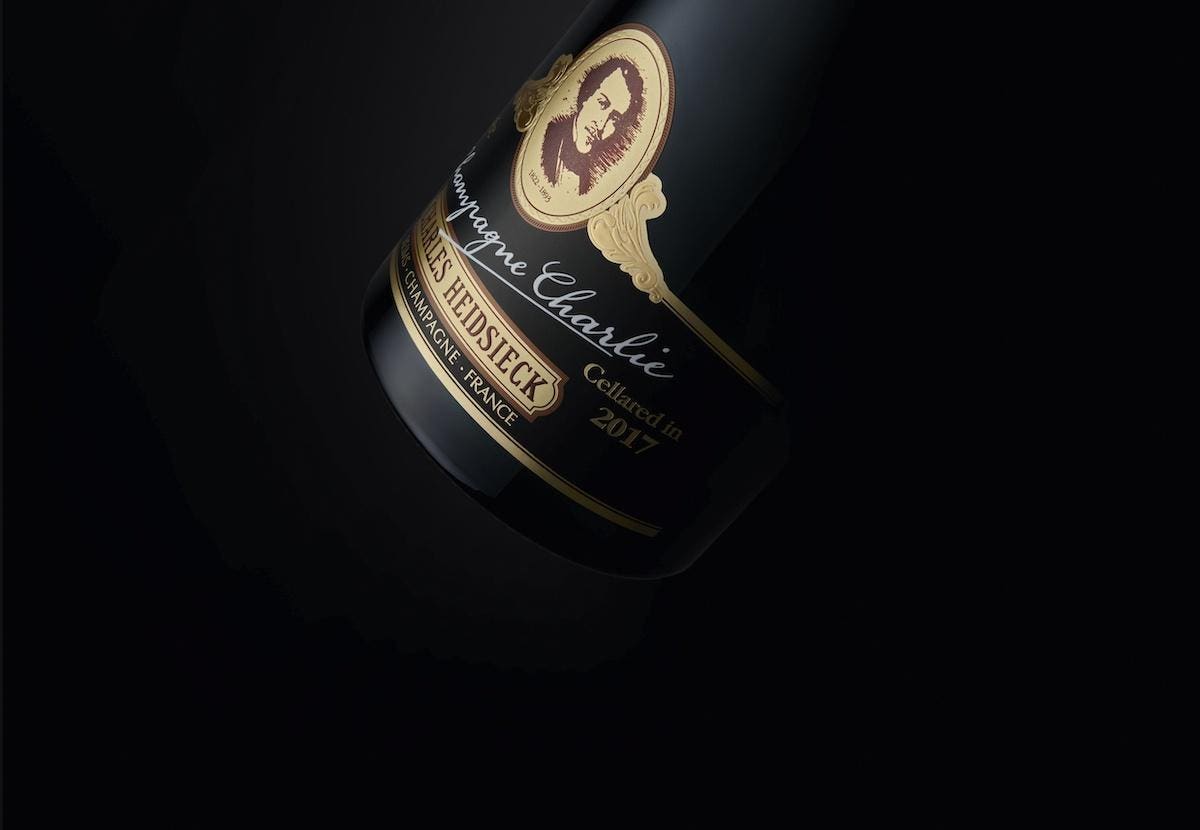 The early history of Charles Heidsieck Champagne in America is not exactly auspicious.

Not, that is, when you look at some of the “highlights” of the biography of Champagne Charlie (as he was known then) in the decades leading up the Civil War, when the French-born Charles-Camille Heidsieck journeyed to America several times in search of a new and promising market for his sparkling wine. As the narrative is recounted in Don and Petie Kladstrup’s newly released Champagne Charlie: The Frenchman Who Taught Americans to Love Champagne, Heidsieck was at various points swindled out of his profits by his American agents, his wine was mislabeled and fraudulently presented, and he was thrown into prison by a Union general in New Orleans who accused him of spying for the Confederacy.

Yet Charles Heidsieck Champagne today is one of the most recognized and respected sparkling wines available to US consumers, particularly since this year the brand is celebrating the two hundredth anniversary of its founder’s birth in 1822 with a relaunch of the Champagne Charlie cuvée to the market, complete with delivery of the wines via sailboat to commemorate Heidsieck’s initial journey and transport of his bottles of wine. The new Champagne Charlie is the first release in 37 years, and its sixth release in history. Significantly, the US has the largest allocation of the wine (1440 bottles), which will be available at retail in September of this year.

The Kladstrups’ narrative traces Heidsieck’s itineraries during his multiple visits from Champagne to America in the mid-nineteenth century, including Boston when the abolitionist sentiment was strong, New Orleans where he spoke French and found a ready audience for wine from Champagne, and New York where he charmed society into using “Champagne” and “Heidsieck” nearly interchangeably, and pouring it generously at their galas and events. The Kladstrups also contextualize Heidsieck’s travels with rich political history and detail on both sides of the Atlantic during that time period, including a persistent thread of women business leaders in Champagne such as Heidsieck’s own wife, Amélie Henriot.

Those are all valuable narrative threads to weave the fabric of Heidsieck’s success together. For a case study of the business of wine in particular, it is essential to also consider two key developments and circumstances.

At the time that Heidsieck began his outreach to American consumers, wine (much less Champagne) was not a popular choice of alcoholic beverage. Spirits and fortified wine, namely Madeira, were far more common and available. Shifting consumer opinions, and changing their behavior to choose Champagne as the new alternative, required savvy salesmanship rooted in close observation of his audience. Significantly, Heidsieck knew to avoid the hard sell. As one writer of the time observed:

Champagne salesmen… find it quite ordinary to be in the great literary salons, along the famous promenades, in the foyer of the Opera, and after a conversation there with you they very delicately mention the virtues of sparkling champagne. They always end those conversations with an air that is almost innocent. “Oh,” they quickly add, “I will send you a case, no strings attached,” and as they say it they pull on their white gloves and button them, then begin talking about race horses or taking the waters at the spa.

It was an image that worked, and worked well, for Heidsieck, and it was one that he nurtured. But the longevity and staying power of the Charles Heidsieck brand — nearly 200 years later — required deeper roots than those indicated by a soft sell delivered from white gloved hands. For that, we turn to the core of Heidsieck’s personality and character.

As Heidsieck demonstrated in his own life, there is no substitute for first-hand, face-to-face interaction and the long-term patience to cultivate the relationships beyond a surface-level acquaintance. That takes time, plus financial commitment and perseverance. For the entire duration of the relationship, the character of the person is on display, as Heidsieck also demonstrated through the tragedies of his experience. Most notable perhaps, and certainly an illustration of Heidsieck’s character, is the documentation that his sons finally paid back all of their family’s debt by 1901 — 40 years after Heidsieck left the American prison and eight years after he died.

“Good timing,” when commercial circumstances happen to fall in your favor, is a lucky part of commercial success. But the two variables mentioned above — time and character — can effectively steer a brand’s success around “bad timing” as an obstacle. Heidsieck faced one incidence of bad timing after another yet we can still reach for Champagne Charlie on the shelf nearly two hundred years later.