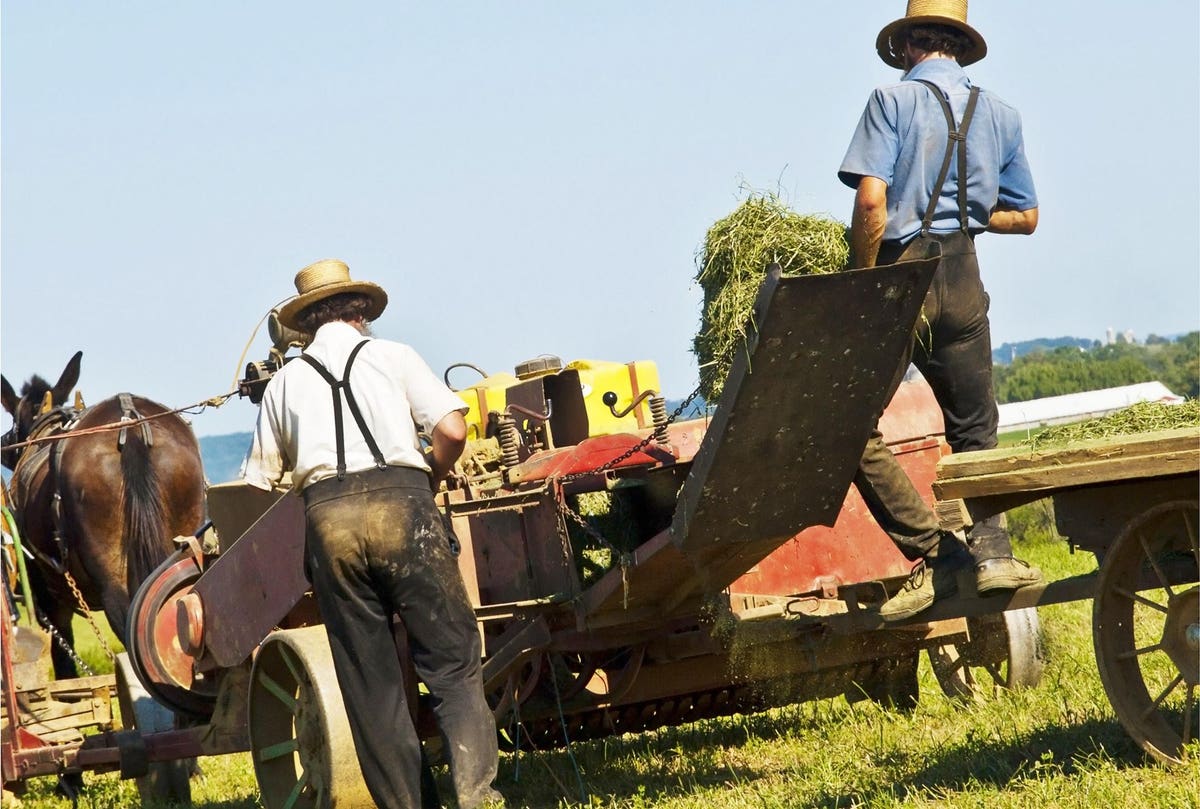 Amos Yoder is an Amish startup founder who faced an interesting challenge in telling the story of a new retail business he’s building called Kinfork. In his work for Keystone Family Farms, a cooperative of small, independent, family farmers in Central, Pennsylvania, Amos realized that he wasn’t building a narrative around one set of customers, but rather two. On the one hand, he had to find a way to attract health-conscious consumers who would find the cheese from their well-raised cows enticing; while on the other, he had to appeal to the farmers themselves to convince them to contribute their milk to the new venture. Amos discovered that he had to create a bridge, as he calls it, to bring these two constituents together. He had to tell a love story.

A great love story is compelling, because it tells the story of two very different people who somehow end up together. We get to know both characters in the story who need different things and watch how a series of events ultimately lead them to fall in love. Take the classic film, When Harry Met Sally. When they meet, Sally is a cheery optimist who imagines her upcoming move to New York as the first step toward launching an exciting career in journalism. Harry is an avowed pessimist who warns Sally that she could end up living alone in the city and die in her apartment without anyone knowing it happened. How could they possibly end up together? It turns out (spoiler alert), that they both provide something the other needs. Sally could stand to be a little more grounded and Harry needs a little hope in his life. They’re made for each other!

The consumer is a health-conscious adult who is deeply invested in learning about the food that they serve their family. Typically, they’re a parent who is obsessed with feeding their children only the healthiest of foods. Alternatively, they might be a middle-aged person who is becoming more mindful of their own health and wary of food additives (included by large manufacturers to extend shelf-life) that can exacerbate a medical condition. These people are more savvy about the ingredients in their food, because there is so much more information at their fingertips on the Internet, and they’re committed to take the time to seek it out. For example, they might discover that large cheese manufacturing plants use a blend of separated milk components – both liquid and dry – such as cream, skim milk, and non-fat dry milk powder. They’re also suspicious of natural and organic food brands, because they wonder if these brands are everything they say they are.

Now on to the other character in this story. The Amish farmer is an expert in farming. Their traditional methods deliver higher total solids in milk and low somatic cell count, which delivers higher quality milk. But how can they obtain better margins on their goods so they receive the proper value for this better output? They are not experts in consumer marketing. They don’t know how to find and target their ideal customer. They’re not skilled in creating consumer products. And they need help telling an effective story.

Kinfork is the bridge that brings them together and meets both sets of needs.

The Kinfork brand produces cheese products that are created from the traditional Amish methods of responsible animal husbandry and environmental stewardship. The Plain community culture is at the root of this approach (“Plain” is a term to describe groups such as the Amish who choose to live simply). These families in the valleys east of State College PA (including Penn’s, Brush, Sugar and Nittany Valley) have used sustainable farming methods for generations. They feed their cows an optimal mixed ration of rolled grain and fermented forage (compacted grass), which is a better quality feed in part because it is produced without the use of tractors. They tend to small herds of only 40-50 cows per family. They know each cow individually and give them names, which most of the cows recognize! This approach insures the long-term health and well-being of the land and the animals. The cheese is made only from whole milk, cheese cultures, salt and enzymes. As a result, it’s higher in protein, tastes great and is free of the additives now common in most food. And unlike other “natural food” brands, Kinfork is backed not only by a commitment to healthy food, but an entire way of life that embraces simplicity.

For the farmers, the Kinfork brand gives them what they can’t create on their own. Kinfork is using a thoughtful consumer marketing approach to take the necessary steps to find its ideal customer, build the Kinfork narrative and create what they expect to be a long-standing brand. For a community that shuns technology, the ability to reach customers through modern day methods (e.g. a website, social media) would be impossible without Kinfork filling the gap.

Amos is working hard to give this love story a happy ending. We’ll have to follow the evolution of the Kinfork saga to find out!