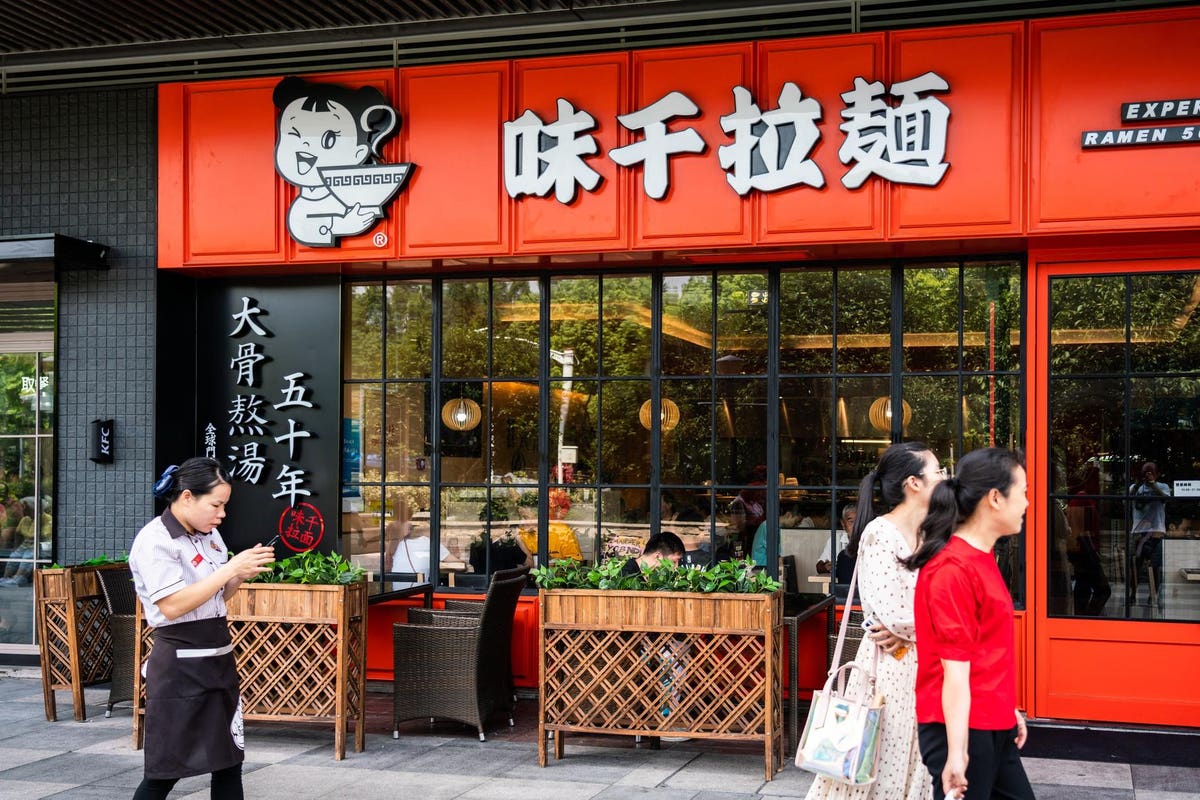 Ajisen (China), a large China restaurant chain that specializes in Japanese-style noodles, has joined a food and beverage industry flock posting weak financial results for the first half of 2022 in connection with the country’s “zero Covid” lockdowns.

Ajisen expects to report a net loss of 90.0 million yuan, or $13 million, to 130.0 million yuan for the first six months of 2022, compared with net earnings of 49.7 million yuan a year earlier, the company said in a filing on Friday.

The reversal is “primarily attributable” to a 33% plunge in revenue from a year earlier to 677.5 million yuan, Ajisen said. “The decrease in the revenue is mainly due to the resurgence of novel coronavirus pneumonia” in the mainland and Hong Kong, it said.

“In response to the pandemic prevention measures, some of the group’s restaurants in Mainland China and Hong Kong are required to suspend operations or subject to restrictions, resulting in a decrease in the revenue,” Ajisen said. “In addition, the decline in revenue from restaurants has also caused the increase in the impairment of right-of-use assets and property, plant and equipment, which has greatly affected the Group’s earnings.” As of the end of 2021 Ajisen had a network of 737 restaurants, mostly in the mainland.

Tens of millions of people in key cities such as Shanghai and Beijing were affected by lockdowns during the second quarter. China says the measures have helped to avoid more than one million Covid deaths in the world’s most populous country.

Among other businesses hit, Starbucks said on Tuesday sales comparable store sales in China, its second-biggest market after the U.S., plunged 44%, driven by a 43% decline in comparable transactions and a 1% decline in average ticket prices. Yum China said at the end of July net profit decreased 54% to $83 million in the three months to June 30.

Helens International Holdings, the operator of China’s largest chain of bars at the time it went public in Hong Kong last September, said earlier this month its loss in the first six months of 2022 ballooned as much as 12-fold from a year earlier amid fallout from the Covid pandemic.

Flight prices out of Russia surge as Putin calls up reservists for Ukraine war
Tips For Protecting Your Identity On The Road
California’s Water Emergency: Satisfying The Thirst Of Almonds While The Wells Of The People That Harvest Them Run Dry
Singapore’s Changi Airport is going to get a lot bigger as plans for T5 take shape
Gulf Craft’s Majestic New Tri-Deck Superyacht