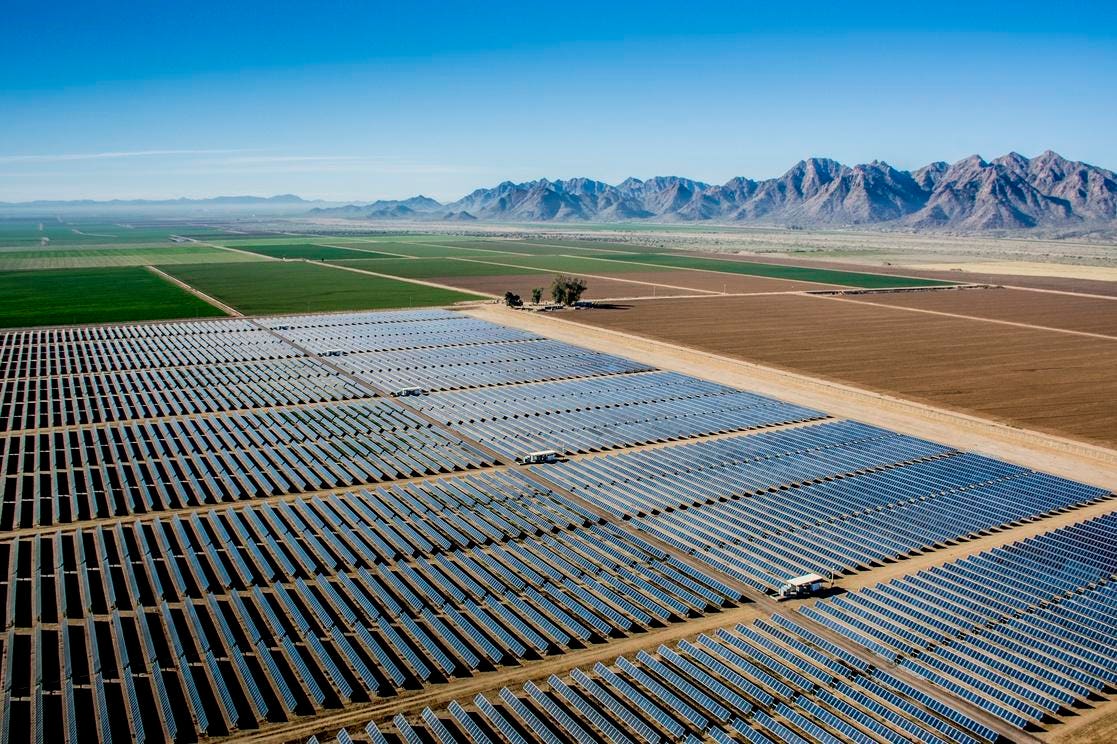 Several hundred key stakeholders in the realm of agricultural sustainability met in Glendale Arizona on November 16th and 17th to exchange progress reports, ideas and concerns about the sustainability of agriculture. The theme of the meeting was “Strengthening US Food and Agriculture’s Capacity to Drive Change.” The event happened to coincide with the week that world population crossed the 8 billion mark and the COP27 Climate Summit was held in another dessert region: Egypt. A major emphasis in the Arizona meeting was the urgency for farming to adapt to climate change and to play its unique role in order to help mitigate its worst effects.

The attendees included farmers ranchers and representatives of their various associations and coops, food industry players up and down the value chain, technology companies, government agencies, nonprofits, environmental NGOs, and academic and extension experts from universities across the country. Many agricultural sectors were represented including row crops, fruit nut and vegetable crops, agroforestry, the dairy industry, the meat industry, and bioenergy. The theme of this meeting was “Strengthening U.S. Food and Agriculture’s Capacity To Drive Change.”

The opening speaker was Robert Bonnie the Under Secretary of Agriculture for Farm Production and Conservation who previously served as a Senior Advisor for the Environment and Climate for the USDA. Bonnie’s experience has convinced him that rural Americans and farmers care a great deal about the environment and are willing to take action, but prefer being part of a voluntary partnership approach rather than being subject to top-down government regulation or “unfunded mandates” by companies with leverage in agricultural markets such as food or retail brands. That is why Bonnie was enthusiastic about the response to the USDA’s Partnerships for Climate Smart Commodities grant program.

Some of the biggest challenges “on the table” throughout the summit included:

Another topic that was raised was the need to install as many as 10 million acres of solar panels on crop and pastureland in ways that don’t compromise productivity and which can also provide financial support for farmers. The urgent need for a rational guest worker and/or immigration system was also highlighted as a major agricultural issue. Crop diversification in the Corn Belt was identified as a climate risk mitigation strategy, but the session Q&A highlighted the challenges that would mean both from the grower and downstream players in terms of market and infrastructure development.

There was a meeting of the Dairy Sustainability Alliance at the same location earlier in the week and during the Sustainable Agriculture Summit event representatives described how that industry aspires to be carbon neutral by 2050. The issue of methane emissions related to both beef cattle and dairy cows was addressed by several presenters during this meeting including information about the many promising approaches to significantly reduce that problem as well as other advances in overall feed efficiency and waste management.

The topic of “regenerative agriculture” came up in many presentations and there was a breakout session to specifically discuss the relationship between the concepts of “sustainability” and “regenerative.” Sustainability has been a focused effort for a long time. One of the event sponsors was Field To Market which is a non-profit organization that has been organizing these conferences and working sessions for 15 years. Over that time the diverse membership has participated in the development of carefully designed metrics that can be used to track desirable outcomes that embody the many dimensions of sustainability. Similar commodity specific efforts have been underway for many years including the Potato Sustainability Alliance and California Sustainable Wine Growing Program. “Regenerative Agriculture” is a terminology which has more recently become “trendy” but which has yet to achieve consensus in terms of definition or agreed upon outcome metrics (see this summary from the Environmental Studies Program at the University of Colorado, Boulder).

“Regenerative” does have considerable conceptual overlap with sustainability-driven goals. Some speakers observed that sustainability encompasses a wider range of issues and regenerative tends to be a list of practices which often do not fit specific crop sectors. For instance “animal integration” is an option that can make sense in row crops, but which would lead to an unacceptable food safety risk in crops like fruits and vegetables or tree nuts that are shaken to the ground during harvest. Cover cropping is widely considered to be a good way to improve soil health but is impractical in regions facing sever water limitations. There was at least some agreement that the language, metrics of “sustainable” and “regenerative” need to be reconciled and that it isn’t appropriate for downstream players in the food system to be demanding that their producers do “regenerative farming” in the absence of a more rigorous assessment of what really does and doesn’t make contextual sense. That general emphasis on outcome focus was also included in Undersecretary Bonnie’s opening presentation.

The closing keynote talk of the conference was by economist Dan Basse, the president of AgResource Company. He described the overall financial situation as the “great economic reset” with a new normal with regard to interest rates and inflation, but for agriculture he posited that climate change is already leading to “heatflation” as crops are impacted by heat and drought. He presented data suggesting that the US has reached “Peak Cropland” and that the rapid expansion of the Renewable Diesel sector is a competitive market for the oil component of the US soybean crop.

True sustainability is defined as the overlap of what is good for people, for the planet, and for the profitable viability of the associated businesses starting with the farmers and ranchers. While the list of challenges could be daunting, the overall tone of this event remained optimistic and reflected the dedication of the communities involved.

From DJ To Startup Founder: How Jilly Hendrix Leveraged The Business Of Entertainment To Become An Entrepreneur And Investor
An expert guide to ski holidays in Vail
The best restaurants in Vail
Budget-friendly Gift Ideas for Any Traveler
Hoping to beat the tourist crowd on your trip to Japan? That ship has sailed