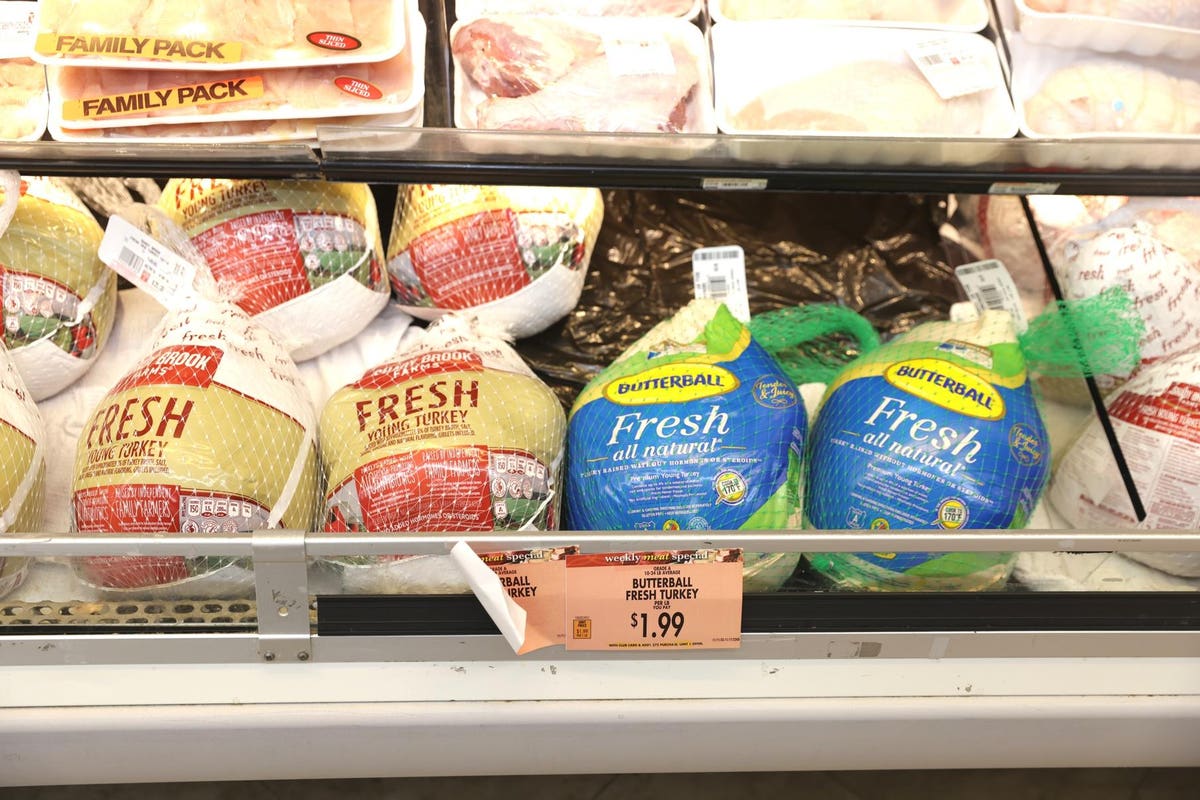 Thanksgiving 2022 is less than a week away, and it’s time to talk turkey. There is a turkey shortage right now, and turkey prices have jumped in a rather “fowl” manner.

But is all of this really that surprising? After all, since early 2020, there’s been a shortage of, well, seemingly practically everything from toilet paper to face masks to flour to kettlebells to condoms. Plus, this whole inflation thing that’s been like a kettlebell to the proverbial groin of the U.S. since late 2021 has had prices of seemingly practically everything go up and up. Then there’s been the whole avian influenza virus outbreak thing that’s been giving the U.S. the bird, the bird flu that is, removing many, many turkeys from the Thanksgiving supply. All of this doesn’t quite paint a “winging” picture for the upcoming turkey-based or perhaps turkey-basted Holiday.

If you do want to eat a traditional Thanksgiving dinner this Thursday, November 24, be prepared to spend around 20% more than you did last year, according to a survey from AFBF, which stands for America’s Farm Bureau Federation and not “avian flu’s best friend.” The AFBF survey found that the average price of a 16-pound turkey has jumped from $23.88 last year to $28.96 at present, a leap of over 20%. Data from the U.S. Department of Agriculture (USDA) paint a similar picture with prices increasing by as high as 28%, depending on the size, form, and presentation of the turkey.

Rising turkey prices isn’t the only thing that’s going to make you turn over in your gravy. Thanksgiving is not just all about the baste. Other food items are involved, and the AFBF survey showed that prices of these items have risen as well. The average price for 30 ounces of pumpkin pie mix have gone up from $3.64 in 2021 to $4.28 in 2022, which along with increases in the average prices of two pie shells ($2.91 to $3.68), a gallon of whole milk ($3.30 to $3.84), and a half-pint of whipped cream ($1.78 to $2.24) may put you more in a pie hole financially. Bread prices have been on a bad roll too with the average price of a dozen rolls up from $3.05 to $3.73. The $2.29 to $3.88 jump in average prices for 14 ounces of cubed stuffing may help knock the stuffing out of your wallet as well. Then there’s the not-so-sweet $3.56 to $3.96 rise in average prices for three pounds of sweet potatoes. Hmm, does this kind of make you want to try the intermittent fasting thing this coming Thursday?

A big part of the problem has been the spread of the H1N5 avian influenza virus, which has devastated the supply of many farm-raised birds, including turkeys. As of November 18, a total of 620 outbreaks over 46 states in the U.S. over the course of 2022 has left 50,444,060 birds dead, either directly from the virus or the culling of birds who may have been exposed to the virus, according to data from the Centers for Disease Control and Prevention (CDC). Such numbers are flying perilously close to the 50.5 million birds that perished during the 2015 bird flu outbreaks in the U.S. In fact, the death toll for those with beaks will likely soon surpass the 2015 high-water mark because this avian influenza A hasn’t yet said, “Aaay, I’m going to stop spreading now.”

Inflation has also helped gobble up the turkey supply. Rising animal feed prices have made it more costly for farmers to raise many different animals including turkeys. Higher costs have led to fewer turkeys being raised this year, which in turn has further exacerbated the turkey shortage. Turkeys aren’t like Liz Truss and lettuce memes either. You can’t produce them instantaneously. It typically takes four to seven months to raise turkeys or about 2.5 to 4 times the time Truss was Prime Minister of the U.K.

So be prepared to loosen your wallet along with your belt this Thanksgiving. Also try to remain flexible and consider alternatives like other types of meat or tofu shaped like a turkey just in case you can’t get the turkey that you originally wanted.

Discover USA: North Dakota
The best Edinburgh hotels with parking
Why Your Next City Break Should Be Toronto, Canada
The best accommodation in Madonna di Campiglio
U.S. World Cup team pelted with political questions in tense news conference ahead of crucial Iran game