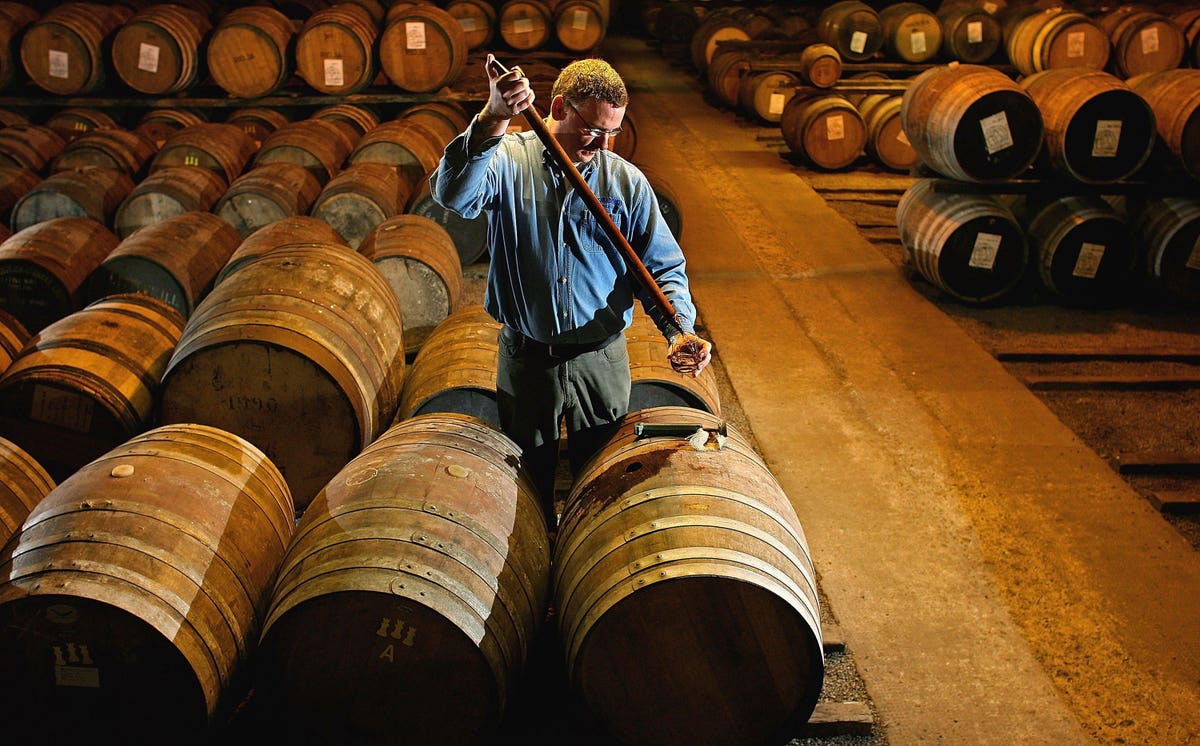 While Christmas is still a month away, holiday gift-buying season is officially in full swing. It can be a challenging time for many folks who struggle to imagine the most suitable present for their friends and loved ones. Thankfully, if your friends and loved ones are scotch enthusiasts, you don’t have that problem. Because—spoiler alert—we just want whisky. The only thing you really have to determine is what you’re willing to spend on that bottle. Once you answer that question, consult the list I’ve compiled below. It contains a broad cross section of single malts ranging from reasonable in price to absolutely bonkers. The common thread connecting them is they’re all exceptional liquids that have been released relatively recently. Happy holidays and happy hunting.

The Dalmore is one of the marquee names in ultra-luxury scotch. To wit, its Decades collection—featuring six bottles dating back to 1951—sold at Sotheby’s auction for $1.124 million dollars. Luckily you can score a taste of the brand’s famously lush liquid for far less. Earlier this year saw the launch of its first release finished in Pedro Ximenez casks. It’s a 14 year old malt that brims with marmalade and cacao. And it’s already a big hit with aficionados, scoring an impressive 94 out of 100 points at the 2022 Ultimate Spirits Challenge.

A trio of malt distillate was laid down in the Highland distillery on September 8th, 2006. After 8 years, the stock was split into one of 3 types of secondary barrels and left to age for 7 more years. The Port Edition is a stone fruit stunner. The Moscatel Edition is more concerned with ginger and citrus, while the Madeira Edition is all about that butterscotch. Each one stands alone as a solid bargain for 15 year old juice from a perennially overlooked producer. If you’re feeling particularly charitable, however, gift the full set to your scotch-loving significant other and they’ll receive a delicious lesson in how impactful cask selection is upon the formation of flavor.

The Royal Brackla 18 Year Old Palo Cortado Finish — $300herried malts are hardly a novelty to scotch enthusiasts. In fact, more often than not, the most sought after single malts are ones that have been matured in ex-sherry casks. But the sort of sherry used to season those casks is typically PX, Oloroso, or even Amontillado or Fino. Royal Brackla’s 18 year old offering was finished in far rarer Palo Cortado casks. The results are complex and compelling. It’s kind of like cream soda in dram form, with a slightly warming citrus and clove finish. A unique sipping experience for the Spanish fortified wine fans in your life. We all have a few.

For the peatheads in your life, a bottle of Octomore will always be unwrapped with considerable glee. But this one is cause for even more celebration, boasting 129.3 PPMs in the glass. If that means nothing to you, don’t worry, it will be entirely impressive to them. Additionally it was distilled from barley grown on Islay, on a single farm within stone’s reach of the distillery where it was eventually crafted. It took shape in barrels of ex-American whiskey followed by secondary maturation in European oak casks from both France and Spain. In other words: it’s a beast…But a worldly, sophisticated sort of beast.

The Last Drop 44 Years Old From The Glenturret Distillery — $5450

The 27th release from this universally-lauded independent bottler is one for the ages. For one, it’s sourced from The Glenturret—a highland producer which holds defensible claim as the world’s oldest scotch distillery. The maltmakers picked up quite a bit of expertise since they started here in 1775. And this exuberant fruity scotch has picked up quite a bit of wisdom while it aged for some 44 years. Rich with over-ripened peach and plum, it is eminently sippable at 90-proof. The painful part is that there will only ever be 163 bottles of this liquid in existence…And surely a good amount of it has already been consumed by now. Cherish it while you can.

I warned you that things were going to get bonkers on this list. Whether you read that as a promise or a threat might serve as an indicator of how you feel about a 52-year-old single malt that costs more than most cars. Fittingly, this release is actually a collaboration between the storied Islay scotch brand and Aston Martin. What exactly does ultra luxury whisky have to do with an ultra luxury vehicle? Well, for starters, the stunning contours of the crystal decanter actually evokes the streamlined edges of a Vantage sports car. Also, you literally need a fob to open the metallic topper guarding this sacred liquid. In short, it’s unlike anything you’ve ever seen in the world of whisky. And it holds within the vibrant tropical notes typical to ‘60s-era Bowmore. It was matured for 52 years in two parts: American oak hogshead and European sherry butts, combined to make 100 bottles. 50 will be released this year and 50 more in 2023. Vroom vroom.