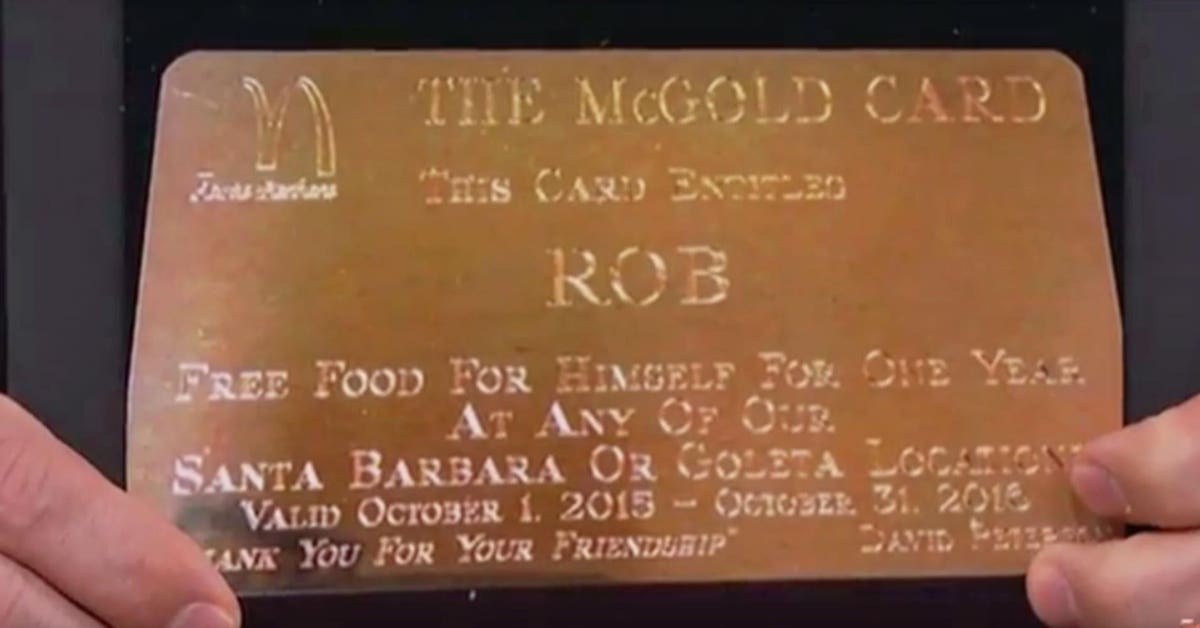 Back in the day, having an engraved biz card was a sign of success, then came the Amex Black Card, then the 80s hit with Crystal Champagne, Absolut Vodka, Porches, and designer everything. All became showy signs of status – not necessarily success itself. But simply a sign of status.

Fast forward to 2022 and it is very possible that the latest promotion from one of the world’s largest fast-food chains is going to spawn a status revolution for today’s equivalent of the Yuppie cohort. In today’s economy this certainly tops the list of status perks.

McDonald’s has created the McDonald’s Gold Card promotion. To be clear, it is not a credit card that you can apply for; and McDonald’s has had a gold card steeped in its history for decades. Warren Buffet, Rob Lowe, Bill Gates and others have had it bestowed upon them. Until now it’s a perk reserved and paid for by local franchisee owners or McDonald’s founder Ray Kroc himself to reward local heroes, celebs, and influencers. Most of the time, it limits the holder to eat free at the franchisee’s restaurants – often for life, except when Kroc issued it – that card was good anywhere.

Ray Kroc’s lifetime Be Our Guest cards – were actually pink; and one well documented recipient was no other than George Romney.

So, McDonald’s marketing folks took a look back in time and might have said – if Willy Wonka can do it – so can we. This is a smart marketing idea even if it’s not an original one, and no, sorry McDonald’s I don’t expect a movie to be made about it.

The McDonald’s 2022 Gold Card Promotion is giving away 3 McDonald’s Gold Cards. Each winner also gets 3 more Gold Cards that they can gift to friends and relatives. These 12 gold cards will give the winners free McDonald’s meals (up to $10 each meal) twice a week for life – or 50 years – whichever comes first.

Seriously McDonald’s? Do you have to put a limit of 50 years? That’s a decision that just makes you look cheap. Why not simply say for life and leave it at that, please. How many McDonald’s meals will a fifteen-year-old winner eat at McDonald’s when they are 75 anyway?

Starting today, December 5 and running through Christmas Day, people have to just download the McDonald’s app and enroll in the MyMcDonald’s Reward program. All you have to do to qualify is make one purchase during that period of time and you are automatically entered. McDonald’s values the card at almost $300,000 over the 50 years.

This really is a smart concept and if they promote and advertise it correctly can do wonders for the McDonald’s brand. Surprise and delight always wins!

Expect to see others – and not just fast-food joints jump on this idea. Hey supermarket CEOS – how about you? Why not offer a Gold card for your supermarket and offer shoppers free groceries for life. Just offer one card – and maybe make it an annual promotion. In this era where shoppers are seeing supermarkets as the bad guy – even though it’s not true – blaming them for raising prices – this Gold Card promotion could be a great way to build loyalty and reward one lucky shopper. It’s not going to cost all that much in the scheme of things – but the value of such a promotion – could be a pot of gold.