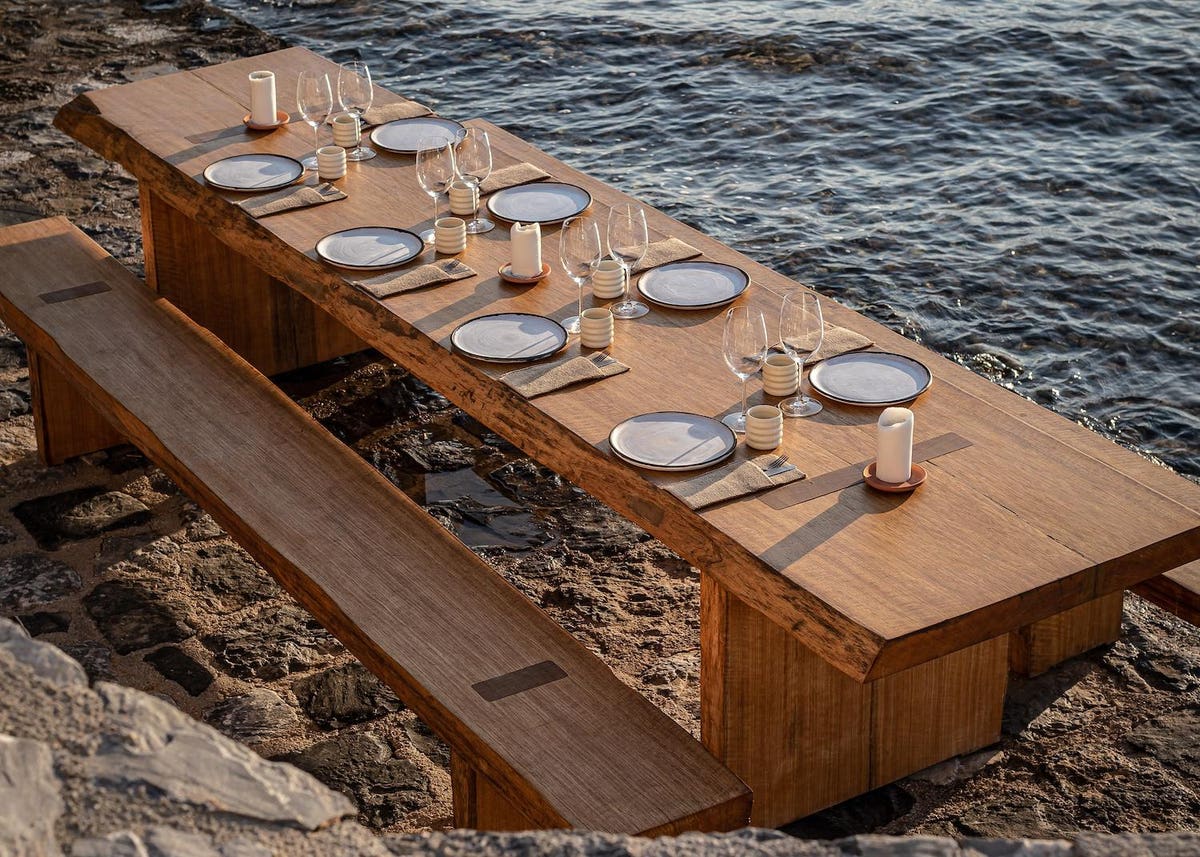 Founded in 2019 by Luca Pronzato, sommelier and restaurateur (formerly at NOMA, Copenhagen) We Are Ona is a roaming gastronomy experience like no other. We Are Ona partners with hot young chefs young chefs and local and sustainable producers, in incredible settings, around the world. Together they create one-off, communal dinners, in temporary locations, for 75-100 people, every few months that last for a week to three months. Past locations for their ephemeral ventures include France, Italy, Mexico, Portugal, Switzerland, and Turkey. The collective also runs La Maison Ona, in a Parisian townhouse, welcoming guests for weeklong residencies several times a year.

This year We Are Ona created amazing culinary events during major art, design and architectural fairs across Europe. At each art fair, the collective opened a pop-up restaurant that ran during the event (usually during the opening week). The team transforms each location into a singular space with the help of their talented network of artisans (ceramic artists, interior and floral designers). The first event was in April 2022 for the preview week of the Venice biennale, in a beautiful canal side palazzo, once the home of Casaonova. Surrounded by antiques in the 18th-century candlelit mansion, diners enjoyed an inspired eight-course menu from chef Thomas Coupeau that revisited the French classics using Italian products. Caviar, cuttlefish with lardo, red tuna with black olives and mussels with peas and mint were followed by a surprising dessert of chocolate with capers.

In June during the Salone del Mobile in Milan, the team took over a large warehouse facing the Fondazione Prada. The indoor dining room and outdoor restaurant areas were designed in a Wabi Sabi style to host Japanese chef Sayaka Sawaguchi from Michelin Star restaurant Le Garde Champêtre in the Champagne region of France. Using Italian products cooked over an open fire kitchen she showcased an eight-course menu for 80 lucky diners.

At Art Basel in Switzerland the setting was an old water tank, creating a truly unusual restaurant atmosphere. French chef Antoine Villard, ex Septime in Paris was in charge of the menu.

In the center of Arles, during Les Rencontres de la Photographie in July, the pop-up took place place in former stables, with an empty swimming pool where the chef set up his kitchen.

Luca Pronzato, the collective’s founder, is a sommelier with a master’s degree in wine from Sup’Agro in Montpellier. After graduating, he travelled to and worked around the world (30 countries in 11 months), alongside various cooking masters such as Thierry Breton and Atsushi Tanaka. For three years before founding We are Ona, he worked at NOMA, Rene Redzepi’s restaurant in Copenhagen, which strengthened his desire to bring together a community of people with whom he shares the same vision of service, design, and gastronomic experience. “Ona” means “wave” in Catalan and Mr. Pronzato’s aim is to encourage young players in the industry.

We Are Ona opened a new chef residency to Mexico City that started on December 6th, 2022. Located inside Grupo Habita’s trendy hotel, Condesa df , ONA Mexico is hosting rotating foreign chefs to collaborate with local chef Francisco Guzmán to create a menu celebrating both cultural backgrounds. Every six weeks, a new foreign chef will begin their residency. And no doubt this dynamic gastronomic collective will have much more to showcase in 2023.