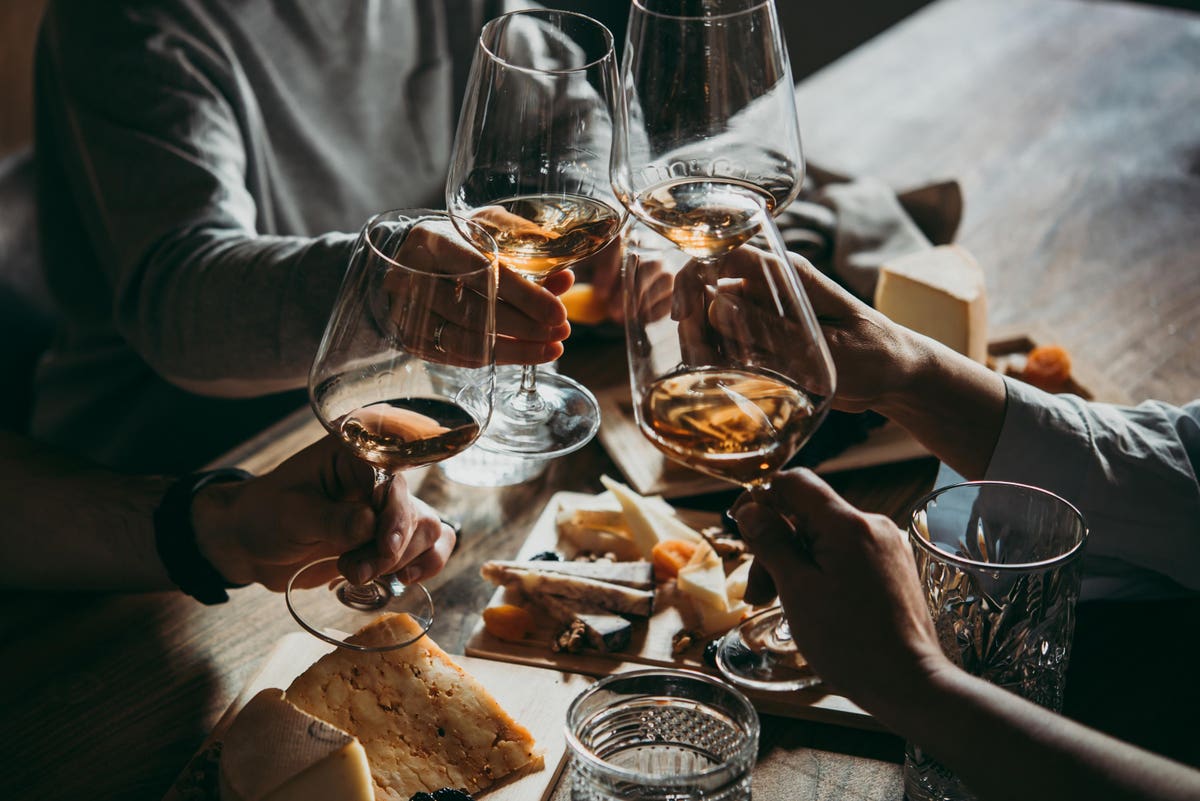 This year, I tried a lot of wine. And unlike the last few years, many of these wines were drunk in situ, whether that’s a vineyard in Chile, a rainy Willamette tasting room, or a hillside in Abruzzo. Safe to say, it was a welcome change from the last two years.

As the year winds down, there are a few wines that I can’t get out of my head — I caught myself dreaming of Emidio Pepe’s cerasuolos, mystical Priorat reds, and crystalline Jura chardonnays. A few sommeliers were equally as enamored, daydreaming of high-tone alpine reds, ancestral-style California bubbles, and “anything but Etna.”

A note: these aren’t grail bottles dug from our cellars or rare finds brought in by our most well-heeled regulars. Nor are they necessarily the best bottles we’ve ad, but they’re wines that stuck with the drinker long after the last drop. They’re accessible bottles to add to your next shopping list, available wherever you find fine wine.

For me, my 2022 highlight was a three-way tie between Envinate’s La Santa de Ursula (a new-guard Canary Islands wine that confounded and excited me), Lalume Dominio do Bibei (distinctive, old-vine Treixadura with an shiny, slatey- minerality), and Chablis from Athénaïs de Beru (opened as my best friend and I set up for his birthday dinner. It disappeared before anyone arrived. A mystery, really!).

Rory O’Connell, the general manager and sommelier at Husk Nashville, always looks forward to new bottles from Lulu Tempier and Lucien Peyraud’s iconic Domaine Tempier, “and this year’s did not disappoint. It was perfect….herbal and citrus forward, with notes of pink grapefruit and salt spray.” He adds it to the menu every year at Husk, but sipped it himself at Chez Panisse this fall. “I now have a magnum laid down for future enjoyment and I cannot wait.” $49

“This year, I was delighted by a sparkling Albariño from California. I not only sought it out when creating the wine list at Jaja, but also (far too) regularly for my personal fridge,” says Cleveland-based beverage director Nora O’Malley. “With lovely fruit and lean salinity, is the perfect definition of an everyday sparkler and a home-run pairing with nearly everything.”

Ryan Stirm is part of a new guard of California winemakers looking backwards, practicing organic agriculture and looking to old old school grapes like Cabernet Pfeffer. (His Kick-On Riesling continues to be a favorite of mine, and his Calcite and Cabernet Pfeffer were some of the more exciting things I drank this year.) “Stirm is doing very cool things on the central coast of California,” says O’Malley. $30

Look up into the mountains in the very North of Italy and find Matteo Furlani, a fourth-generation winemaker making high-altitude wines with a distinct alpine freshness. His red — light bodied, crunchy and best served with a slight chill — was a big hit for Libby Burk, wine director and general manager of Common Thread in Savannah. “From Trentino, Italy, it’s made from the biodynamically farmed native variety Negrara.” Fun fact: Furlani will often leave his bottles outside the winery to settle in the cool mountain air. $22

This year, Atlanta-based sommelier Irina Zolotukhina of Mujō fell in love with the ‘Ine Mankai’ bottling from Mukai Shuzo in Kyoto. “The brewery is owned and operated by Kuniko Mukai, one of Japan’s few female toji. It’s a unique junmai (pure-rice) sake made with an heirloom variety of purple rice, which lends not only a vibrant crimson color (reminiscent of a rosé wine) but also a really unique flavor profile. It’s incredibly complex, exhibiting notes of pomegranate and rooibos tea that lead to more savory, even briny olive flavors. It’s the perfect balance of sweetness, acidity & umami.” $46

Bill Cox, the wine director of Counter- in Charlotte, North Carolina, has been making a case for wines from Etna in the mountains of Sicily all year long. “This region is putting out beautiful wine and people are starting to talk about it. It’s delicious and great for the American palate. East Coast Americans are growing more adventurous but still like a certain degree of brightness, and wines from Etna deliver that mouthfeel with complex fruit character and other components you don’t find in West Coast wines. Etna wines, like etna rosse, are also a great value compared to Italians DOCGs. Whereas a Brunello or Barola may retail for $50, an Etna is closer to $15.”

Check into the White Lotus and seek out wines from Girolamo Russo, Planeta, Terra Constantino and Tornatore.

“These wines are all super versatile, have an amazing sense of authenticity and place, plus, they are relatively inexpensive.”