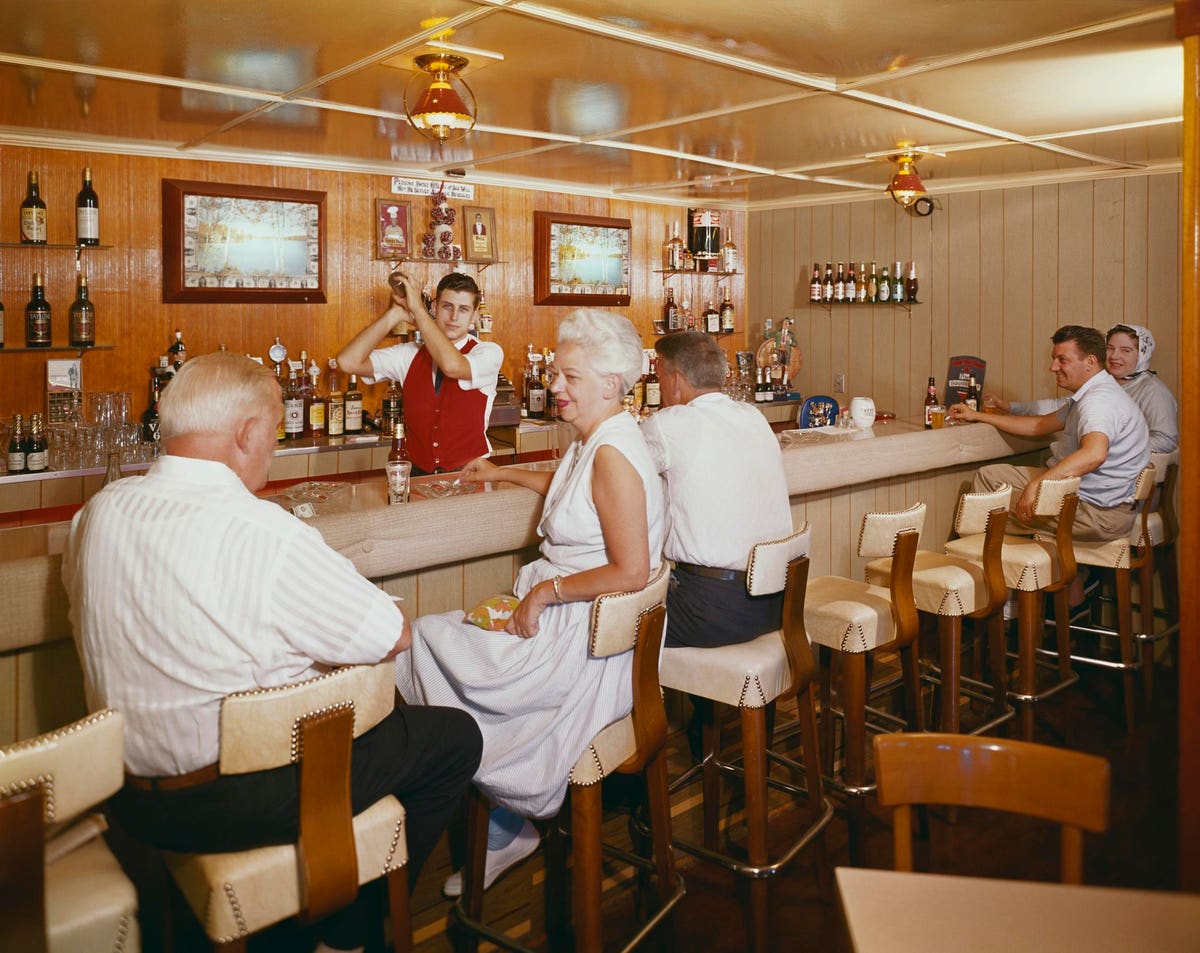 My dad and I have wildly different tastes and interests. It’s just your typical generational divide, to be expected, as he’s a retired boomer in Florida and I’m a millennial who can’t sit still—earning a wage writing about booze and travel. He only slightly understands what I do (as evidenced by the fact that he often refers to me as a blogger), and he certainly doesn’t understand my obsession with craft spirits. During our time together over the Thanksgiving holiday, I hoped to clear up some of the confusion. And the opening of The Tampa Edition, not far from his house, afforded what I thought could be a golden opportunity.

The sleek brand of hotels has built a name for itself with its commitment to swanky nightlife and high-minded food and drink. I’ve had memorable experiences at outposts as far afield as Shanghai and Reykjavik. So I was pretty excited to see one open in my dad’s backyard and that I was able to book a double queen room there for just $500 per night.

We were not off to a good start.

I tried explaining to him that this was Tampa’s first five-star property; that $500 isn’t at all exorbitant for a high-end hotel in major cities these days. It would be beautiful and verdant, as Editions always are. It boasted a rooftop pool, yielding sweeping views of…Whatever there is to look at in downtown Tampa. And I’d be covering the cost of everything. That last part really resonated with him, so we were soon on our way.

My dad isn’t much of a drinker these days, but he does appreciate some wine with dinner and maybe even a pour of coconut-flavored rum for dessert. My plan was to show him that a well-conceived cocktail can offer ample sophistication and, these days, it doesn’t even have to include alcohol.

Thankfully the Tampa Edition boasts no less than half a dozen venues with which to illustrate the lesson. We kicked things off at the Lobby Bar adjacent to the hotel’s main entrance, through a veritable forest of foliage. The drinks here arrive with an unexpectedly savory edge, on account of a beverage director who previously spent time at the Edition property in Bodrum, Turkey. The Turkish Tea Manhattan is the most on-the-nose evidence of his former gig: Maker’s Mark bourbon and Averna amaro are joined by a vermouth which has been infused with the eponymous ingredient. Its herbal undertones are subtle, yet it still manages to subdue the sweeter components.

“It’s different,” my dad said, evenly, after a small sip.

I needed to up the wow factor, so I brought in the big guns. The Harissa Margarita— combining mezcal with its namesake spice of Northern Africa—was bound to impress. I certainly found it fanciful; earthy and unctuous with citrus and strawberry to lighten the mood.

“Okay, now that’s interesting,” he conceded, before going in for another swig.

We were making progress. Soon we moved next door into Lilac, the property’s Mediterranean concept created by Michelin-starred chef, John Fraser. It shares a cocktail menu with the Lobby Bar, so in order to spice things up I chose a slightly-oxidative skin contact wine from Sardinia. My dad wasn’t too familiar with orange wines and the list here holds some good entry points for someone looking to dabble. He was pleasantly surprised with the way in which the slightly salty liquid complimented a thoughtfully composed appetizer of pork belly, Spanish octopus and sweet corn succotash.

“That was definitely better than I was expecting,” he said with relief. “But I didn’t taste any oranges in there.” It was fine. We were only halfway through the four-course tasting, so there was ample time to call in the sommelier to explain prevailing trends in modern winemaking.

After a souffléd dessert we made our way up a lengthy spiral staircase, opting to end his mixological crash-course in the Punch Room. A step into the lounge was like transporting into the drinking parlor of some Old World estate. That’s very much the intent, as this venue was born at the stately Edition in London, before being facsimiled for its Barcelona counterpart. This marks the concept’s first appearance in North America.

The drink menu, as advertised, is filled with four pages of punch. Each of the tipples—available in large format or individual—is intended to highlight a specific rum-producing nation. I went with the Ziggy’s Punch, because it’s slightly funky and combines Smith & Cross with Jamaican jerk spice. I thought it was entirely unique but it definitely wasn’t my dad’s cup of tea. So the well-coiffed bartender brought him over a freshly-ladled serving of something aquamarine, and he seemed instantly enchanted. He gazed around the dimly-lit room with a quiet sense of satisfaction. Upon another few sips I even detected a glint of understanding in his eyes. My work here was done.

Leaving the Punch Room we could already see the queue forming for Arts Club—the swanky nightlife destination across the hall on the hotel’s mezzanine level. I eyed the line, wonderingly. “Not a chance,” he exclaimed before I could even ask. “I’m headed to bed!”

You can’t win ‘em all. So I decided to cherish the small victories as I followed his lead toward the elevators.

Best Luxury Date Nights In London For Valentine’s Day
Fresh Take: What 2023 Has In Store For The Food Industry
Penfolds Chief Winemaker Shares The Secrets Of Re-Corking
What’s Next For The No-Alcohol Market?
Santa Fe, New Mexico: A Sweet Destination for Any Couple