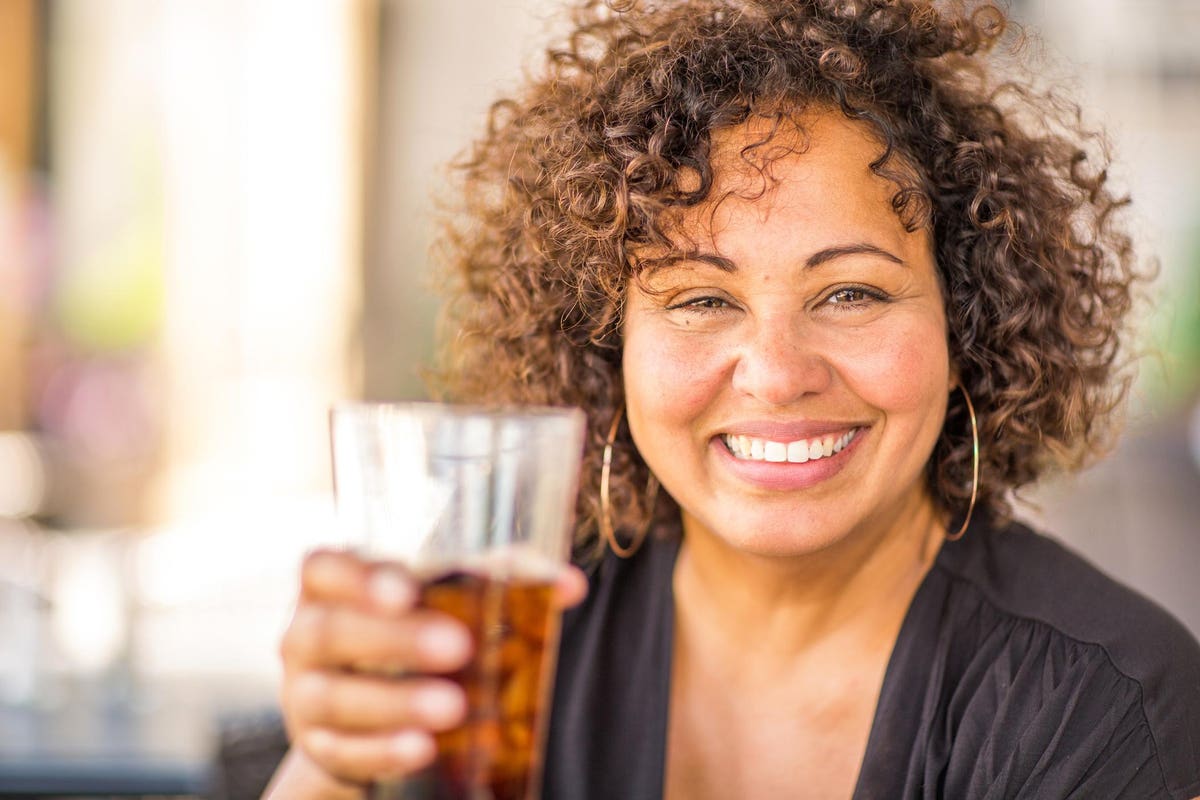 I confess… Mauby, a tree bark-based Caribbean drink, is a beverage with which I have a love-hate relationship. Love from the perspective of nostalgia… Hate from the perspective of taste. Nevertheless, I as a Barbadian, feel like I need to stake my claim to what is an irrefutable part of my heritage and that of the wider Caribbean region— particularly as this good-for-you drink is rapidly gaining traction as a functional beverage in the global market.

By way of introduction, mauby (mauby in the English Caribbean, mavi in the Spanish Caribbean, and mabi in the French Caribbean) is a centuries old brew made from the bark of the columbrina elliptica, better known in the region as the mauby tree, and boiled with sugar and a variety of spices.

Many would agree that it is an acquired taste.

I for one can’t help but hang on to memories of an innocent childhood in Barbados, being repeatedly hit by the bitter-sweet flavor of the bark of the snakewood (Colubrina elliptica) tree. You’d think I would have learned my lesson after the first or hundredth time. But no, the oppressive tropical heat of my childhood home would frequently entice me to the fridge door— overlooking the odds— reaching in misplaced hope for the unmarked sweaty pitcher that on very rare occasions also housed sweet tamarind or apple juice.

It’s true. Mauby is bitter and it isn’t for everyone.

Personal feelings aside… Just like that family member who you don’t give a hoot about till they reach a’ foreign (travel abroad) and make it big, I am here to claim this cultural phenomenon on behalf of all Caribbean people, because rumor has it that our relative is about to take the world by storm.

I mean… in 2021 the global functional beverage market was valued at almost $130 billion and by 2030, it is projected to plummet to a value of $279.4 billion, according to TechCrunch. New Food Magazine says that the top priority for functional beverage consumers is immunity, gut and heart health— all of which are benefits of mauby.

Not to mention, many people (other than myself) think mauby is refreshing and delicious.

My daddy, may he rest in peace, loved a tall, cold glass of mauby. And he was not alone.

In countries like Barbados, Jamaica, Trinidad, Guyana, Saint Vincent & the Grenadines, as well as other English-speaking Caribbean countries, mauby is synonymous with culture.

In fact, a song by the name of Mauby even won “Tune of De Crop” at Barbados’ 2022 annual carnival, better known as Kadooment or Crop Over. Singer Brucelee Almightee (Bruce Robinson) even seized the opportunity to endorse a popular local mauby brand, Froots.

Cultural significance aside, mauby’s historical relevance is undeniable. The production and consumption of this homemade brew is in fact as old as the earliest people to inhabit the English-speaking Caribbean.

Richard Ligon’s “A True and Exact History of the Island of Barbadoes” (1657) stated that Barbados’ Carib women made “mobbie” (the earliest version of mauby) from red sweet potatoes. Not surprisingly, the Tainos’ (Caribbean’s indigenous Carib people) word for red sweet potato is mâ’bi.

Historians say that there is sufficient evidence to conclude that the drink was conceived in the English-speaking Caribbean.

During the 1700s to 1800s, British colonists in Barbados would develop a fermented version of the sweet potato brew, using tree bark instead of sweet potatoes, as a replacement for alcoholic beverages from England. This was consumed across the social spectrum.

African slaves would continue to produce the drink, even after the British began to replace it with alcohol from home, and Ligon said in his book that slaves drank “nothing but mobbie.”

Fast forward to the mid 1900’s, “mauby women” would become a popular figment of Bajan culture, transporting massive canisters of the golden brown beverage on their heads, releasing catch faucets that would relinquish the popular beverage into the cups of those who craved the rich syrupy taste of mauby bark, boiled with sugar, cinnamon, nutmeg, vanilla and orange peel.

Today, mauby continues to be one of the most popular beverages in the region. Outside of special occasions, very few people brew their own mauby, as ready-made syrups which can be mixed with water are far more popular and available in every supermarket. The beverage also features on a plethora of regional fast food menus, including Barbados’ famous eatery, Chefette. Barbados’ Mount Gay Rum, known as “the rum that invented rum” even manufactures a spiced rum distilled with mauby bark, named Mauby Rum (43°) for the local market.

From an export perspective, Trinidad’s Mauby Fizzz is one of the more well-known mauby brands in the global market, and is available at ethnic retailers as well as on Amazon.

Outside of the English-speaking Caribbean, Caribbean mauby brands are popping up in ethnic grocery stores and restaurants, and the Latin market has adapted the recipe, in its mavi or mabi.

In Florida, Cuban organic grain and gluten free bakery and café chain, Organic Girly (OG) has been producing Mavi Clásico, fermented with with ginger root and Ceylon cinnamon, since 2020. Says OG: “You either love or hate it. There is no in-between. It sort [of] tastes like root beer, but you’d have to taste it. When fermented like OG does, it’s good for arthritis, reduces cholesterol, treats diarrhea and may help fight diabetes.”

One of the more popular takes on the beverage on the US market is MABÏ, made by Dominican Republic-born, and Brooklyn-based Ana Bautista.

“Being born in NYC and raised in the Dominican Republic by a Dominican father and a Dominican-Chinese mother, I felt the need to implement more cultures into each bottle,” says Bautista.

“We include ingredients from all over the world: our main superstar, mauby bark from the Caribbean, green tea, hibiscus flowers and monk fruit from Asia, chamomile from Egypt, rooibos from South Africa, and the list goes on. I decided to make my own version of mabí, a remix, if you want to call it that. We put all this goodness together in a recyclable glass bottle, and boom, MABÏ was born.”

According to a recently conducted Frito Lay Snack Index, nearly half of snackers want to consume something nostalgic, that reminds them of a particular period in time. Pinterest has flagged the trendiness of “ancestral eats,” and getting back to one’s roots. For Caribbean people, the nostalgia of mauby is undeniable.

For non-Caribbean people, the functional beverage movement coupled with the trendiness of Latin-owned brands spells a unique moment for mauby. It is evident, however, that snazzy packaging, good-for-you ingredients and a creative take on traditional mauby recipes is creating more cross-cutting global reach for Latin brands than their English-speaking Caribbean counterparts.

But according to Rebecca Shurhay, marketing analyst at Flavorchem, Downers Grove, Illinois, there is much to be said for authenticity. Authentic flavors and ingredients from the region, as well as exotic and unexpected flavors are gaining traction.

The current opportunity for brands from markets such as Trinidad, Barbados and Jamaica is to capitalize on the good-for-you elements and the cultural and historic authenticity of the Caribbean’s oldest drink.