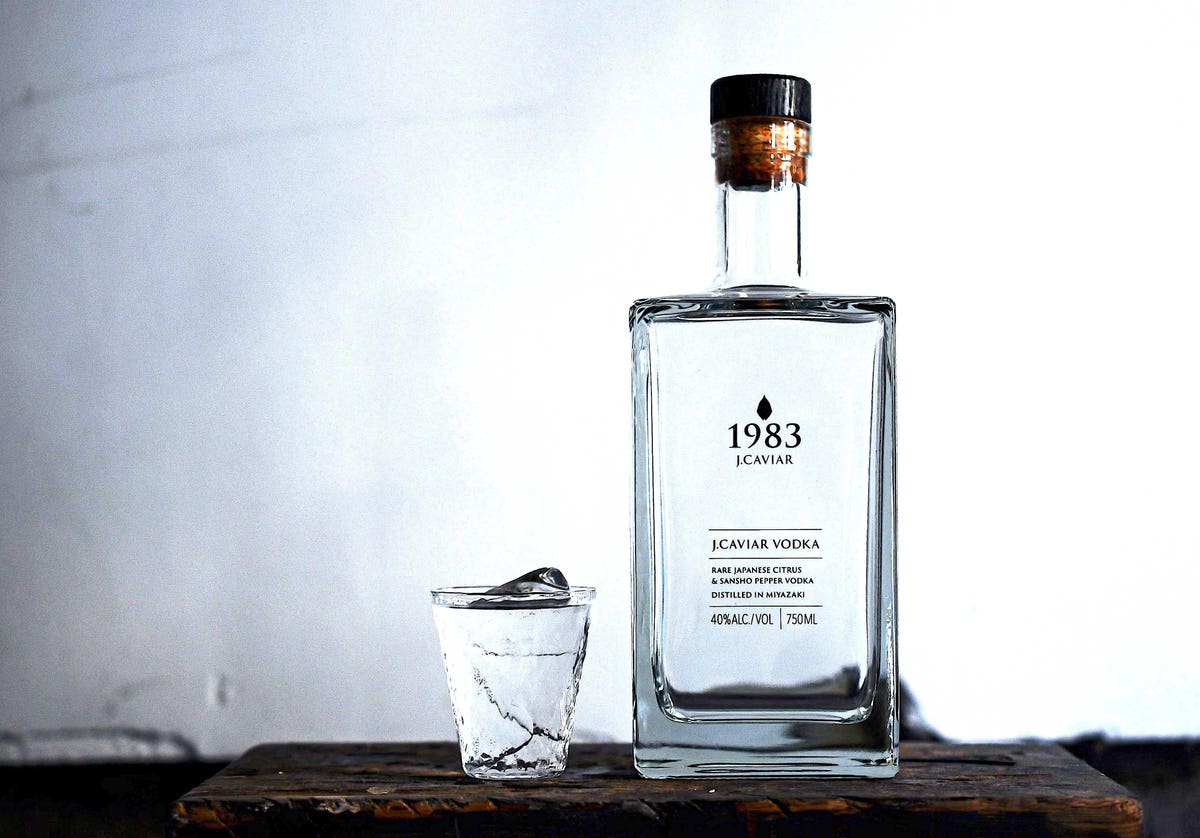 Japanese spirits are celebrating their new era these days.

In 2015, Japanese whisky became one of the most coveted spirits overnight when Jim Murray’s Whisky Bible named Suntory’s Yamazaki Single Malt Sherry Cask 2013 the Best Whisky in the world.

In the last several years, Japanese gins have been gaining the attention of connoisseurs.

And now, new craft vodka brands are showing up in the domestic market and just like the other spirits, they feature original Japanese characteristics.

Generally speaking, vodka is made through multiple distillations to increase its purity and smoothness. As a result, the spirit becomes flavor-neutral, which is ideal for being a part of a cocktail.

However, some vodka producers choose to reduce the number of distillations to keep the flavor of the ingredients alive. The new Japanese vodka brands tend to focus on this ingredient-centered approach.

Here are some of these Japanese-style craft vodka you may want to try in 2023.

Keys & Bricks’ tagline is “Vodka that tastes great as it is,” and this vodka is designed to be drunk straight.

Ali Elsamni, founder and CEO of the brand’s maker ADIATE Co. Ltd, grew up in Japan with his parents from Japan and Egypt.

Embracing the rich Japanese heritage, he partners with a 100-year-old sake brewery in Fukui Prefecture to produce the vodka. So it makes sense that Keys & Bricks’ base grain is Yamadanishiki, super-premium rice used to make sake, and the vodka’s taste reflects the roundness and sweetness of the delicate rice.

The design of the bottles is modern with no clear indication of Japaneseness. “I think it is an antiquated idea to visually emphasize the Japanese origin to market products abroad. Like sports, what matters is the universally standout quality,” says Elsamni who used to play soccer at the J.League before he founded the company.

As the name suggests, this vodka was born to be enjoyed with caviar.

Japan Caviar, 1983 J.CAVIAR Vodka’s producer, has a unique history. In 1983, the former Soviet Union gifted 200 sturgeons to Japan as a symbol of friendship between the two countries and Miyazaki Prefecture accepted them in its experimental fisheries. The fisheries eventually succeeded in farming sturgeons in 2004.

Seeing the potential, Motoo Sakamoto founded the company to produce high-quality caviar. Now he farms sturgeons in 16 fisheries in the prefecture with special feeds that are healthy for the fish as well as the environment. His clients include Michelin-starred restaurants in Japan and abroad.

He grows Japanese caviar—it is a natural consequence that he produces a Japanese vodka that would pair perfectly with his precious roe. So he developed one in 2019.

1983 J.CAVIAR Vodka’s approach is highly terroir-driven and the vodka is distinctive from classic Russian vodka.

It is made with Hyuganatsu and Hebesu, native citrus fruits to Miyazaki. Also added is the Japanese spice Sansho pepper from an artisanal farm in Wakayama (the farm is called Kanja Sanshoen and its clients include Ferran Adria of El Bulli and other prominent chefs abroad).

The Hyuganatsu citrus was found by accident 200 years ago while being grown in a private garden. Now its sweetness and delicate acidity are highly prized in the market. Similarly, Hebesu was discovered in the late 18th century and its refreshing scent and mild acidity are adored by notable kaiseki chefs. (Hebesu used to be a secret ingredient for a new bride to impress her husband with her culinary skills.)

These rare ingredients are macerated in a blend of barley shochu (traditional Japanese spirits), rice koji (Japanese national mold grown on rice) and yeast for a few days until all the essence is imparted to the liquid. It is distilled once to preserve the unique flavors and filtered with white birch charcoal.

The resulting refreshing taste is the key to pairing with caviar.

“A spoonful of caviar spreads umami in your mouth and its delight lingers for a while. Then have a sip of our vodka—the lasting taste vanishes instantly, which makes you crave another morsel of caviar. It is a dangerous loop of pleasure and I get drunk in the end,” says the company’s representative Takashi Fukumoto.

“Somehow, I manage not to get a hangover the next day. I believe it is because the filtering process removes all undesired elements from the vodka,” he says.

The product has been exported only to China as of December 2022, but the company is hoping to expand its overseas distribution in 2023.

There are other brands only available in Japan or may be available through certain distributors abroad. For example, Okayama Craft Vodka Aki Hikari is made with local barley called Nijo. Aichi Craft Vodka Kiyosu’s is produced by Kiyosuzakura Brewery, which has been making sake since 1853. Its base grain is 100% Japanese rice that is selected by the company’s skilled brewery workers.

Also, there are popular Japanese-style vodka brands already widely available in the U.S. too, such as Suntory’s Haku. Haku is made from 100% short-grain Japonica rice and fermented with Japanese koji mold. The mash is distilled three times and filtering is done through bamboo charcoal.

“Bamboo is special. Since bamboo offers finer filtering than other types of wood, the liquid becomes intensely purified. This clarity underscores the fragrance of the rice. Also, bamboo has a natural sweetness, which transfers to the liquid during the filtration,” says Gardner Dunn, Brand Ambassador at Beam Suntory.

Try one (or all) of the above and your 2023 will be a fun year if you are looking for a novel style of vodka.

Santa Fe, New Mexico: A Sweet Destination for Any Couple
The best spa hotels in Scotland for 2023
Penfolds Chief Winemaker Shares The Secrets Of Re-Corking
DOT is probing whether Southwest’s schedules were ‘unrealistic’ during holiday meltdown
How to book your first ski holiday: the 10 best ski resorts for beginners