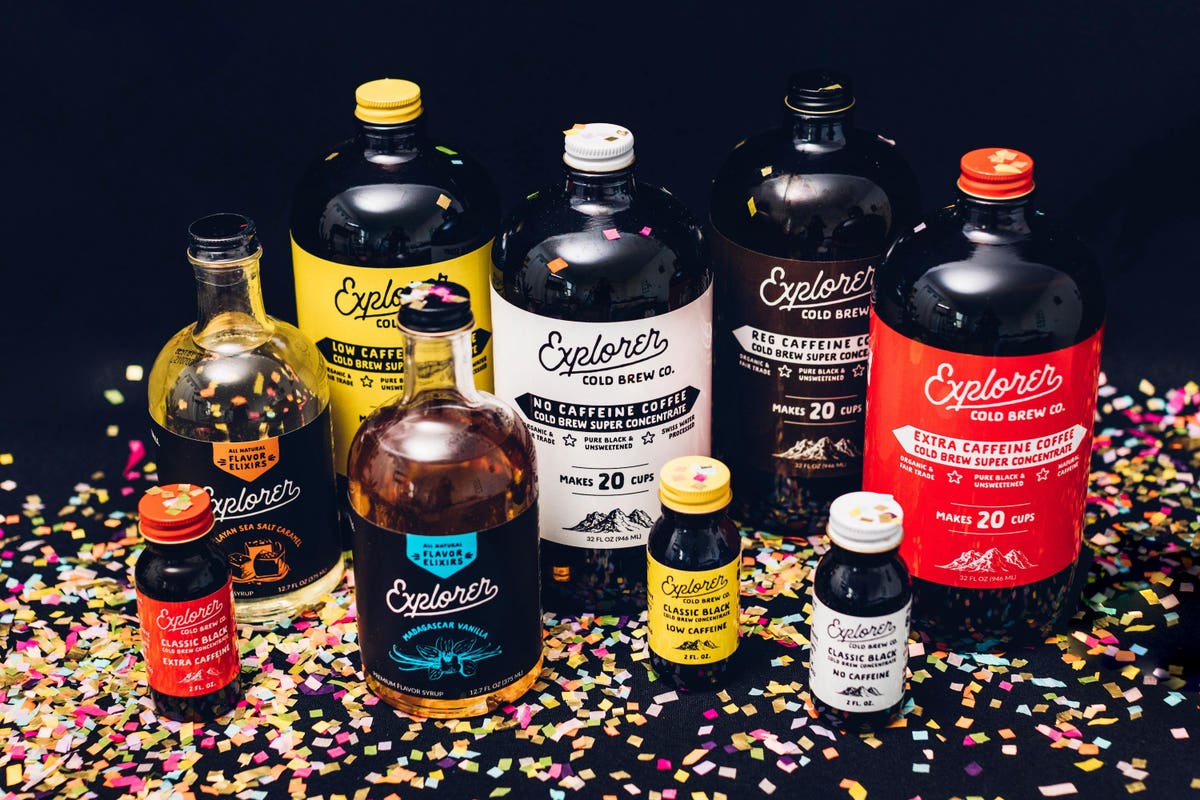 Claiming to be the first openly LGBTQ person who climbed to the summit of Mount Everest and The Seven Summits to raise awareness for The Trevor Project, Crane created Explorer during the pandemic to funnel his energy as an endurance athlete, and realized how concentrated coffee fares particularly well on e-commerce, where the company has reportedly grown its revenue by more than 1400% last year.

“Concentrates offer strong unit economics online since more servings can be packed in one bottle, while being shipped in a more sustainable way due to lower carbon footprints,” Crane explained. “My research at Bain also validated the entry for cold brew.”

Both cold Brew and coffee concentrate sectors have been growing rapidly as at-home coffee consumption started to ramp up during the pandemic with a growing number of consumers looking for convenient brewing options. Market research firm Fact.MR estimated the worldwide coffee concentrate market size to be $1.23 billion in 2022, and it’ll grow at a 24.47% CAGR over the next decade to reach nearly $11 billion.

While larger companies such as Chameleon Cold Brew (a former Nestlé subsidiary that was recently acquired by SYSTM Foods) have championed the concentrated coffee sector for years, newer players including Jot are also quickly expanding their presence.

To stand out among competitors, Explorer makes its 1:4 ratio concentrate with all organic, fair-trade, specialty grade coffee beans, while roasted, brewed and bottled in a third-party manufacturer in Texas, according to Crane. The company is also one of the few that offer four levels of caffeine through various SKUs, ranging from decaf to extra caffeine which is equivalent to three and half shots of espresso.

“We’re only using top shelf ingredients,” Crane said, “and we do have a proprietary process that allows our products to be shelf stable, while retaining that excellent quality and flavor for a very long period of time.”

Explorer has added several new items to its full suite of products over the past year to include a cold brew four-pack gift box, functional elixirs, and a 16-ounce chai concentrate, Crane mentioned, and the newly raised capital will help further elevate the at-home drinking experience for their shoppers.

“We’re currently about 70% e-commerce, and 30% hospitality, whole sale, and B2B with Delta’s coast-to-coast and long-haul Honolulu flights,” he said. “Our plan is to grow the pie so that natural and specialty retail, by the end of next year, can be on par with our e-commerce business in terms of growth rate. We’re also revealing a beautiful new look that will coincide with our retail launch to better resonate with the ethos of Explorer.”

“To me, Explorer means more than just a business,” Crane added. “Our customers appreciate exploring and are willing to try something new in their daily lives.”