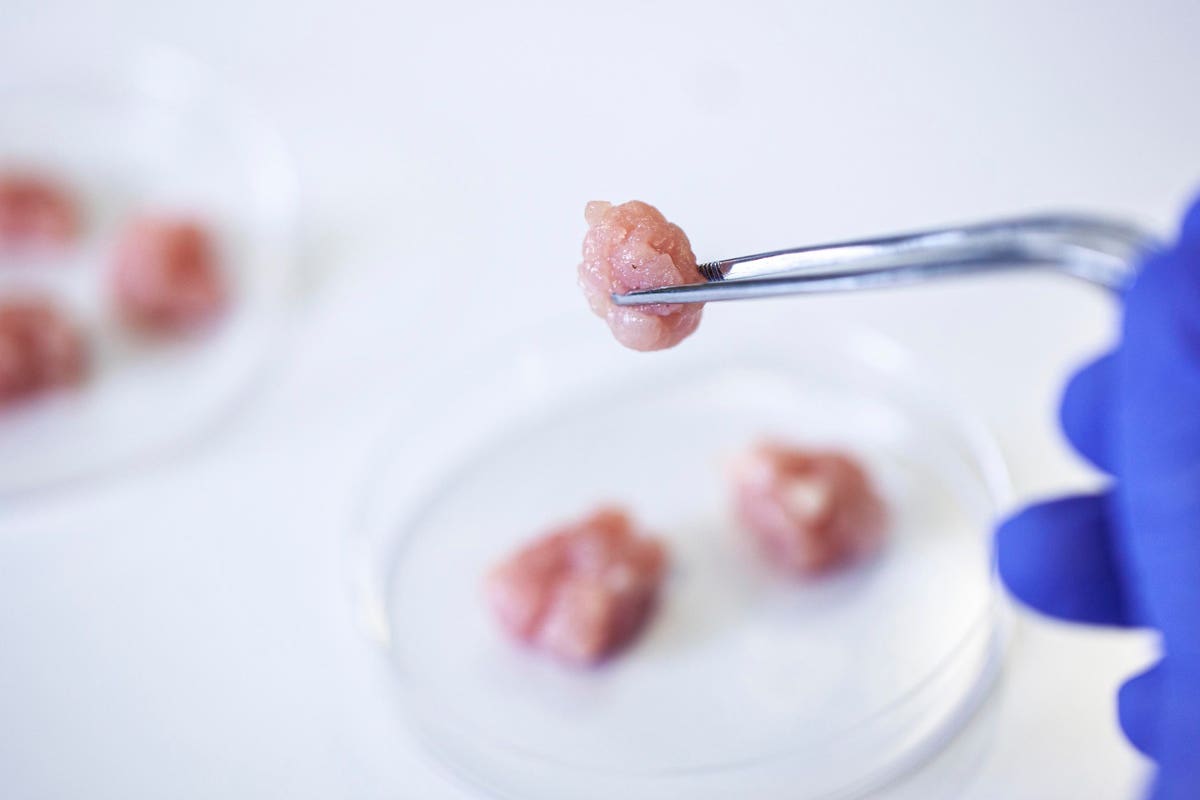 The failures of FTX and Theranos should serve as cautionary tales.

The shocking (but not surprising) downfall of the latest Silicon Valley darling, Sam Bankman Fried, along with the financial collapse of his company FTX, should be a wake-up call to those betting on the false promise of biotech meat, also known by its euphemism of “cultivated meat”.

Particularly when combined with the recent sentencing for multiple counts of fraud of the former CEO (11 years) and COO (13 years) of the failed blood testing company, Theranos, the numerous parallels are striking.

Making grandiose claims may be de rigor in Silicon Valley, but that doesn’t make it right. The “fake it until you make it” ethos has gotten way out of control by any measure.

Inventing something that has never been done before is difficult, almost impossible, which is why it’s so rare. This is precisely what makes the promises all the more enticing to investors. With Theranos, founder Elizabeth Holmes (at age 19!) promised to revolutionize blood testing. This claim should have given any investor pause; instead, the company raised an incredible $945 million.

As one commentator noted: “These sorts of seductively optimistic possibilities — promises like painless blood testing or office space that builds community — naturally draw attention, but they also sit at the heart of deception and fraud.”

Even in the wake of the breaking scandal, Elizabeth Holmes dug in her heals, deflecting the criticism by saying, “This is what happens when you try to change the world”.

Similarly, leading biotech meat companies are making questionable claims about the feasibility of their business model, while objective in-depth reports and experts have concluded that lab-grown meat is unlikely to scale in any meaningful way.

Promises in the future are what gives us hope. Tech companies know that more than anything, they are selling hope. And who can predict the future? Even if a technology is not ready today, it could be ready tomorrow. Or next year. Or in ten years. Who really can say? It sounds great.

Theranos was especially adept at keeping investors (and business partners) fooled by pretending the company was making progress and simply needed more time, as this timeline suggests. It was a full ten years between the company’s founding and when they started promoting the technology, and 12 years until their first FDA test approval.

Similarly, biotech meat companies and their promotors keep pushing the goalpost further down the field, as this analysis demonstrates, showing 15 years’ worth of missed timelines. In just one example, the Dutch company Mosa Meat predicted in 2015 they would have product “on the market in five years.”

Here in the U.S., leading company Upside Foods has made numerous failed predictions, sometimes with the caveat “pending government approval”. Upside claimed in May of last year that “pending approval”, they “could” have product available to consumers by the end of 2022. The industry uses lots of CYA words such as “could”, “pending”, “hope to”, all to avoid being held to false predictions.

A related tactic is an ever-widening range of years during which a prediction might fall. For example, Upside founder and CEO Uma Valeti recently “predicted” that the product would reach price parity with conventional meat in 5 to 15 years without offering any rationale for that timeframe.

Eat Just, the only company to sell product commercially so far (in restaurants in Singapore) has come under scrutiny for making questionable claims. (Formerly known as Hampton Creek and company and its founder and CEO Josh Tetrick has a long history of scandals.) As one expert put it regarding Eat Just and biotech meat: “This is a continuation of what the company has been doing for years: it is selling us seductive narratives with very little substance.”

Of course, you can’t have downfall without gullible investors who prop you up in the first place. Theranos had numerous investors and board members who knew nothing about medical testing and failed to conduct proper due diligence.

Similarly, most of the investors in biotech meat have no clue about the food industry. Some are only interested in saving animals from being consumer for meat, while others are just typical tech investors looking for the “new new thing”.

Already investors have poured mega-money into biotech meat start-ups, by some accounts as much as $2 billion, despite the many questions being raised.

Alternative meat became a hot investment a few years ago, especially when (plant-based) Beyond Meat’s IPO went sky-high in 2019. But things are not going so well these days.

Investing and hoping to make money without being knowledgeable about the field you’re investing in is not only risky, it can create outsized hype, leading to inevitable downfall, whether by fraud, incompetence, or simply a lack of a viable business model to begin with. Or some combination of all three.

Silicon Valley is obsessed with founders, as evidenced by incessant media coverage of the latest wunderkind, which most recently was Bankman-Fried. He was idolized not only for being a boy wonder, but for his self-proclaimed commitment to philanthropy. (Ironically, some donations – including to the nonprofit arm of the biotech meat industry, the Good Institute, are now at risk of being clawed back in bankruptcy proceedings.)

Some called Sam Bankman-Fried “J.P. Morgan of crypto” and “The White Knight of Crypto”, as recently as September, just two months before his company’s collapse. He was celebrated in numerous magazine cover stories, including Forbes.

The media obsession with Elizabeth Holmes and her lofty claims also landed her on multiple business magazine covers, including Forbes, which named her “the world’s youngest self-made woman billionaire”. Holmes was often applauded for dropping out of Stanford and starting her company at age 19, as if that was sufficient qualification to invent medical technology.

Similarly, too many reporters are giving too much positive press to founders of the two leading biotech meat companies in the U.S.: Eat Just and Upside Foods.

Eat Just’s CEO Josh Tetrick was a media darling especially in the early years when he was touting its (now defunct) vegan mayo, appearing in many business outlets such as Mad Money with Jim Cramer.

Upside Foods’ CEO Uma Valeti has been heralded by financial outlets, business magazines, and tech outlets, and even had a documentary film made about him, which in turn was covered by mainstream media outlets.

All of this seems a tad premature.

Everything about the biotech meat industry is premature. The entire sector is essentially one massive PR campaign disguised as food tech pretending to save the world. When you’re spending more time chasing media than ensuring your company is financially successful, the house of cards will inevitable fall.

Chinese travelers are returning to Singapore, but a full recovery is not expected this year
FAA says contractor unintentionally deleted files before outage disrupted thousands of flights
9 Hot Toddy Recipes For Winter
The 100 Best Places To Dine In America, According To Yelp
Visiting a National Park This Year? Here are the Best Places to Stay