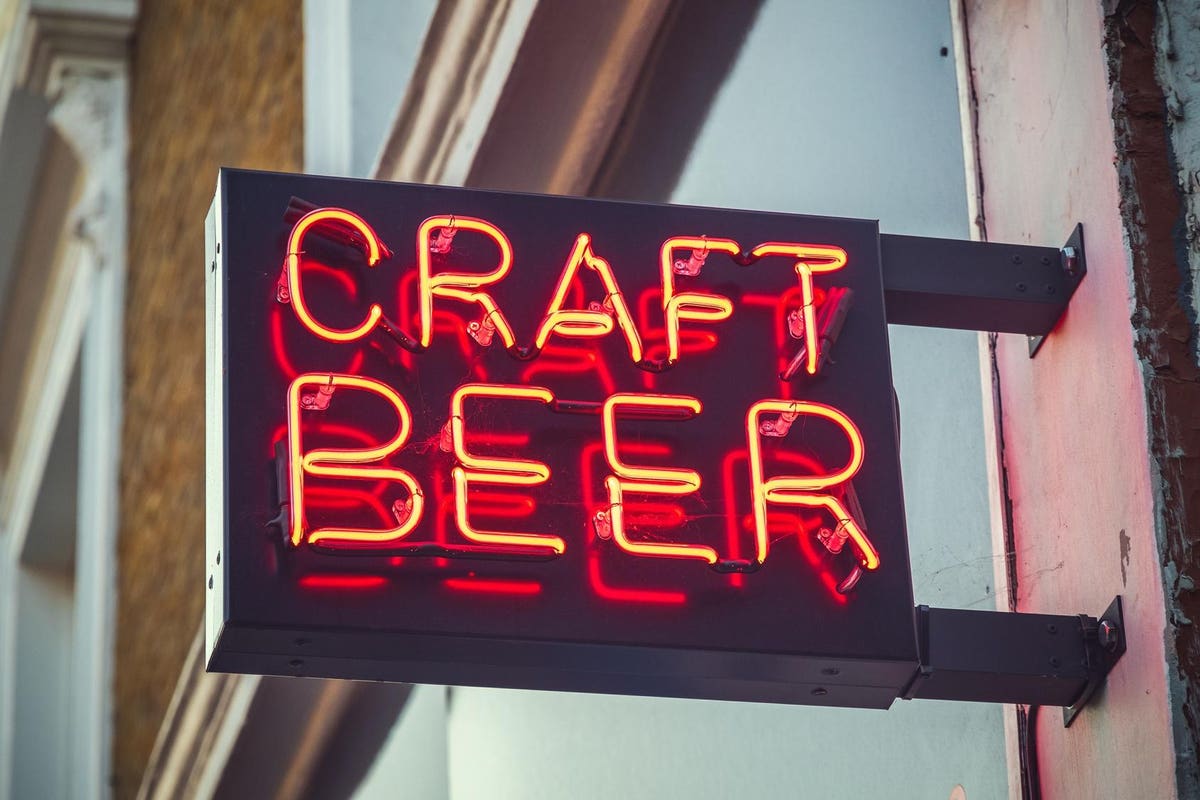 After a two-year hiatus, about 40,000 people gathered to celebrate at the Great American Beer Festival in Denver in October. There was a lot to celebrate. Since starting with 24 breweries, 47 beers, and 800 people in 1982, the festival has grown to 500 breweries from 46 states plus Washington, D.C. More than 2,000 beers were poured. And the 40,000 brew-lovers in attendance was a pretty good showing, even if that was off a bit from the pre-pandemic high of 60,000.

While challenges remain and growth may have slowed from a once- meteoric pace, craft beer brewing is still growing and going strong. Americans love beer, and we seem to have a particular affection for craft brewed beer in particular.

Total beer sales by volume edged up 1 percent in 2021, while craft brewery sales rose 8 percent to 24.8 million barrels, according to the Brewers Association. Independent brewers’ share of the U.S. beer market by volume rose to 13.1%, up from 12.2 % the prior year. Cheers!

From Beer to Eternity

Beer today? Yes. Gone tomorrow? I’m not so sure. The reason for the growth is fairly obvious: As sales in bars and restaurants recovered from the pandemic, so did craft brewery sales. And craft beer offers choices, from American style India Pale Ale to Hazy India Pale Ale; from German-style Pilsener to German-style Wheat Ale and Maerzen; and many more.

But it’s not just that there are more options. More people are making beer. There were more than 9,500 breweries in the United States in 2021, and openings outpaced closings, with 550 opening and 200 shutting down, according to the Brewers Association. Most Americans now live within 10 miles of an indie brewer, the association says. Life is good.

Beer is a big deal in the United States and abroad, with craft beer occupying at least a part of the big picture. According to a study by the Worldwide Brewing Alliance, beer is the most consumed alcoholic drink globally and the third most consumed drink after water and tea.

Regardless of how it ranks, it’s a big market. The beer industry supports about 23.1 million jobs around the world, with a global beer market valued at $623 billion. The Corona brand is valued at $8.2 billion, is sold in more than 120 nations, and is the best-selling imported drink in the United States, according to the alliance.

Where does craft beer fit into all of this? Craft beer, according to the WBA, has a $22.2 billion retail value.

Craft brewing, like just about everything else, faced challenges amid the COVID-19 pandemic. As the Beer Association sees it, “2023 will be a reset for many brewers.” What does that mean? After shunning group settings, more people are returning to restaurants and bars – and buying craft beer. The new normal, though, may include more competition, as well as some new and old challenges.

Climate change is making it tougher to grow barley and hops. The association said the 2022 harvest improved, but a weak 2021 had pushed barley prices upward. And 2022 hop acreage declined in the United States, while the European harvest was “the worst in decades,” according to the association.

Regulation has inhibited growth, although there are efforts to address that, including a push to revamp state franchise laws and restrictions on direct-to-consumer sales. Safety and age limits remain key elements, but the industry is seeking ways to ship to supplement in-store sales.

California allows direct-to-consumer shipping of beer. There’s an effort to make that the norm, not the exception. As buying online in general has shifted into overdrive, there is a good chance beer may gain greater freedom in DTC.

A report on competition in beer, wine, and spirits by the U.S. Treasury, U.S. Department of Justice, and Federal Trade Commission identified some of the issues. The Brewers Association said it pinpointed laws that “inhibited the growth and competitiveness of craft producers,” as well as slotting fees. Regulations could change, either at the state or federal level.

Craft brewers are competing with each other, which is good for consumers. D.G. Yuengling and Son was the biggest craft brewer in 2021 based on sales volume, according to the Beer Association. Boston Beer ranked second, followed by Sierra Nevada Brewing, Duvel Moortgat USA, and Gambrinus. But there’s also a lot of competition from fellow craft brewers. And ready-to-drink canned cocktails are giving craft brewers a run for their money at retail.

So how will things shape up this year for the craft brewing industry?

The Beer Association is gloomy. They predict brewery openings in 2023 will be “the lowest in over a decade,” distributed craft volume will not grow, and the supply chain will “remain rocky.” None of that is great news for the industry. There is, however, good news for beer lovers.

The association predicts that average prices will “come down from 2022 peaks.” And for those seeking to work in the industry – or start new enterprises — take consolation from this. Total brewery employment will continue to grow, according to the association. The craft brewing industry will continue to face challenges, but it appears that demand is solid.

Champagne may still be the toast of choice for special occasions, but on a daily basis, there’s a pretty good chance people are drinking craft brewed beer.

9 Hot Toddy Recipes For Winter
21 Hot Cocktail Recipes To Keep You Warm All Winter Long
Most Popular Film Tourism Destinations in the US
Santa Fe, New Mexico: A Sweet Destination for Any Couple
The 100 Best Places To Dine In America, According To Yelp